Russia does not isolate! In the West, celebrated the ninth anniversary of the revival of the Russian army

15 May 2018
27
Russians will win. And in Syria, and everywhere. The West is already expiring - not with blood, but with saliva. In London, they are talking about the “isolation” of Russia, but in Brussels they admit that the Russian army has been revived, and NATO’s planning structures have rotted. 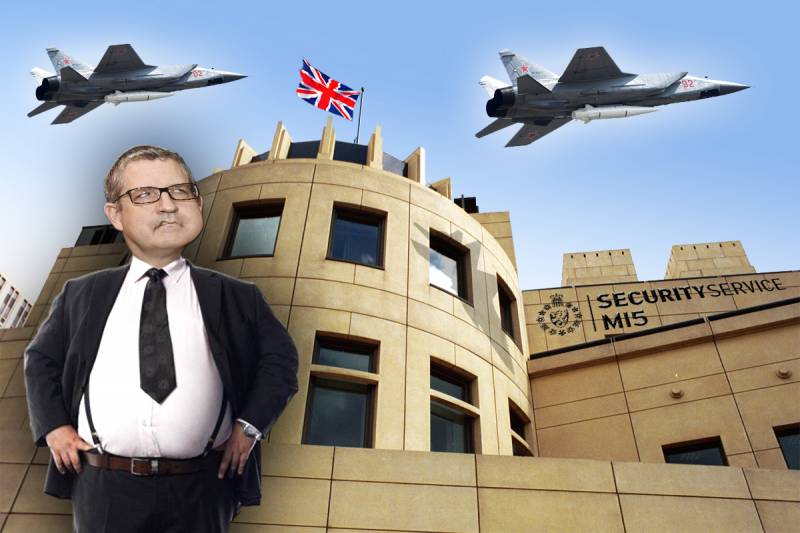 The British do not expire with blood, but with saliva pouring London monitors and pavements. Russia is “aggressive,” Russia “is undermining Western democracy,” Russia has sent a “curtain of lies” to Britain!

Ink theses, diluted with the saliva of psycho counterintelligence agents, float like a smelly river in London Street. The poisonous psychic wave has come from the British to NATO: in Brussels they found their own planning structures decaying, which happened against the background of the revival of the Russian army. If the Russians do not win today, they will win tomorrow. Win in Syria, and everywhere.

Such foresight is based on the most ordinary fact of the newest stories. For almost ten years, since 2009, the Russian military has been reviving. So they say not in the Kremlin and not in propaganda on Russian TV, so they say in the North Atlantic Alliance. Soon a small anniversary of the Russian military revival will break out: ten years. On the eve of this date, the European patrimony of NATO and of separate Britain embraced visible political unrest.

Chef MI5 (British counterintelligence) Andrew Parker (Andrew Parker) made with the so-called. Berlin report in which he threatened "aggressive" Russia with "isolation."

He used the very word that US President B.H. Obama abused in 2014four years ago. Since then, the little thing has worn out, its brilliance faded. The economy of Russia, "torn", according to the same Obama, "in tatters", inexplicably continues to exist. Probably, only by the magic power of Putin’s May decrees. In addition, more and more oil on world markets rises. No luck to the West!

However, something relatively new has been said. Mr. Parker put on a par the threat to Russia and the "Islamic State" (in Russia it is prohibited). Of course, such a statement can be considered fresh for London. In Washington, a similar comparison is outdated by Obama.

Apparently, the British counterintelligence is a leisurely structure. You look, she and sleep a third world war. It used to be that the Japanese company “Panasonic” adhered to the strategy of turtles. It seems that no: now the palm of slowness must be given to MI5.

The name of Comrade Skripal, a man of few words, Mr. Parker, spoke out in public, if not mistaken, for the first time. Obviously, the speech of the British counterintelligence officer became a kind of final chord in the general panic of the West before the revival of Russia's power.

It seems that Russia's military rebirth has become the international theme of the week in the press in the West. Read on. Do not rush to go to the comments.

Parker believes that the "Violin incident" was a "deliberate and deliberate hostile act." Such a Kremlin action risks turning Russia into an “even more isolated outcast” in the international community.

In the Berlin speech of Mr. Parker, the government of Russian President Putin is accused. The charges are as follows: Putin and his government are guilty of "gross violation of international law", as well as "aggressive and destructive actions of the military and intelligence services."

By the way, that's what kinda Parker did. reservation:

The main hero among these hostile actors today is the Russian government. Note, I'm not talking about Russia. Britain admires the people of Russia and respects him. For his pride and long history.

The Russian government is truly the “main character” in the campaign aimed at “undermining Western democracies”.

MI5 also condemns the unprecedented level of Russian “disinformation”. The campaign of the Russian "disinformation" allegedly started immediately after the "reckless" poisoning of the former Russian spy Skripal. Parker believes that the time has come to "shed light through the veil of lies, half-truths and misting that spread from their [Russian] propaganda machine."

Next, the head of MI5 emphasized the interdependence of the European security community, which is now facing many threats.

Theses on Russia and the “threats” highlighted by Andrew Parker, who do not like publicity, did not appear in a vacuum. Parker is only a hired soloist in a political choir hired by the bosses of the world community.

Before Parker, the fear of the Russians, who must be feared more than the bloody, bearded terrorists, penetrated even into NATO. More precisely, in the analytical center of the NATO Defense College.

Diego Ruiz Palmer, an expert of this research unit, conducted a large and intelligent analysis and announced that the revival of the Russian armed forces had already reached a “noticeable level”. Alas, this happened amid the loss by other NATO members of not only the experience of large-scale exercises, but even planning skills!

Unclassified report, promulgated by the NATO Defense College, marked the start date of the revival of the Russian army: 2009 year.

Already in 2009, it became obvious that the armed forces of the Russian Federation were “quickly recovering”. And let the restoration of the Russian army be preceded by almost two decades of relative weakness - the scale of the revival is all the more noticeable, the expert points out.

Palmer writes that Russia is “the only state in Europe” capable of conducting sudden military exercises with the participation of sixty thousand people and more. The expert recalls that since 2009 Russia every year conducts military exercises in which it participates from 60 to 150 thousands of servicemen. None of the European states, with the exception of Russia, does anything of the kind!

Palmer gave examples of strategic exercises that the Russians have been conducting since 2009, and sudden readiness checks carried out since 2013. The expert is also concerned about the creation of joint strategic commands in the Russian Federation in four military districts and in the Northern navy. Finally, he points to the National Defense Management Center of the Russian Federation and the formation of brigades in Russia, which include battalion tactical groups. Not young recruits serve there, but experienced contract soldiers.

What is the weakness of NATO? After the end of the Cold War and the collapse of the USSR, the alliance states were focused only on anti-crisis operations, reminds the analyst. And the majority of allies in NATO refused to plan at all, to conduct exercises on a scale that would exceed the tactical level.

Later, the Russians gained real combat experience. In Syria. The experience of conducting operations in the Syrian Arab Republic laid a new foundation for the operational skills and material and technical potential of the Russian military, the analyst concludes.

In the United States, apart from NATO, they also "noticed" something Russian, something new.

American expert Samuel Bendett (Samuel Bendett), an analyst from the Center for Naval Analysis, USA, indicated trembling finger on the top-secret Russian Uran-9 (Uran-9). This is an unmanned complex of reconnaissance and fire support units on the battlefield.

With the advent of such a complex, Russia has taken a leading position in the development of ground-based unmanned combat vehicles, the expert is sure. Bendetta admits that there are no informational messages about this car in the Russian press due to super secrecy.

The analyst recalls: unmanned aerial vehicles in conflicts are used quite widely, but ground-based unmanned robotic vehicles are still at the testing stage. And the Russian "Uran-9" represents a "significant step forward", sure Bendet.

The mass anxiety of European and American experts about the rapid revival of the Russian army produces a double impression.

On the one hand, the West, as before, defames Russia, attributing to it all the sins of the world and not sparing ink, saliva, network traffic and foreign travelers for the head of MI5.

On the other hand, the outdated theses on the international “isolation” of Russia against the background of NATO's anxieties over the defense achievements and new military experience of Russia look not only amusing, but also absurd.

What conclusion should the inhabitant draw from the statements of the main British counterintelligence Parker, who, besides his own impotence and his own bile, has not shown anything to the world?

First, the man in the street understood that, if we admit the fact of the “malicious” and “destructive” activities of the Russians in the Salisbury area, then the British special services are simply not worth anything in opposing the Kremlin. Around the Russian "curtain of lies", in which MI5 agents wander like blind kittens, like blind kittens. Agents contained on the taxes of the unfortunate royal subjects, whom nothing can save from the almighty Putin.

Secondly, the man in the street realized that while NATO is weakening and while the Americans recognize Russia's military leadership in this or that military equipment, Moscow is moving forward with leaps and bounds.

Excuse me, where is the isolation? Where is isolation, if Russians are leading and winning everywhere, and have they forgotten how to even plan for NATO?

Surrender without a fight, enemies. Russians will win anyway!

Ctrl Enter
Noticed oshЫbku Highlight text and press. Ctrl + Enter
We are
Results of the week. "Of course, he is guilty, but he ... is not guilty ..."Goodbye Britain
Military Reviewin Yandex News
Military Reviewin Google News
27 comments
Information
Dear reader, to leave comments on the publication, you must sign in.