Immortal regiment of the young

15 May 2018
7
Every year, on the Day of Our Victory, the multi-million Immortal Regiment walks through the streets and squares of cities and villages in Russia. Fighters, our defenders, look at us from black and white photos. Workers of the rear. Nurses, teachers. Those who in those terrible years did not feel sorry for themselves for the sake of Victory.


And now their portraits are in the hands of their grandchildren and great-grandchildren. And this is absolutely true and correct. Otherwise, in everyday life unnoticed, year after year, the memory of a great feat would be erased.

However, involuntarily, but unjustly forgotten, in this piercing action were the pioneers and Komsomol heroes who died in that terrible time. After all, the Great Patriotic War deprived them of the opportunity to grow up, create their own families, and raise children and grandchildren.

But they are very, very many, these fearless young heroes who sacrificed their lives for the victory over fascism. Here is just one figure: for the feats in 1941-1945 years more than six hundred thousand pioneers were awarded orders and medals. And the Komsomol members ... And the boys and girls, who for some reason remained without awards ...

I work in the Lipetsk regional children's newspaper "Golden Key". We always tell our readers about something joyful, bright. We try to calm them down, support them, cheer them up, and teach them to live kindly, fairly.

We simply could not ignore the fact that portraits of young heroes would not appear in the Immortal Regiment. And they announced the action "Young immortal regiment".

However, at first it was not a share, but a rubric with the same name. In it we told the biographies of Zina Portnova, Vali Kotik, Toli Shumov and many, many other brave pioneers and Komsomol members. And the first word was given to a thoughtful, competent journalist who has been writing for adults and children for many years - Olga Vasilievna Klekovkina. The style of this person is special. Very calm and at the same time encouraging something good.

The rubric began its life. And we anxiously awaited feedback. All the editorial staff were tormented by one thought: do modern guys and adults need this?

And how glad we were when letters went to the editor! Resident of Lipetsk Tamara Pavlovna Soboleva told history Serge Goudin. This brave boy is an orphan. He lived with his younger sister. In the early days of the occupation of his native Yelets, Seryozha was not afraid to shelter the wounded political instructor Roman Demidovich Korobko in his house. He left it, and then delivered to our soldiers a map of the fascists' firing points - her boy also painted it himself. Moreover, during the liberation of Yelets, Seryozha became the conductor of our soldiers.

A resident of the village of Stanovoye (it is also located in the Lipetsk region) Yuri Alekseevich Makarov sent a documentary story about the reconnaissance heroes Leni Enin and Ivan Davydov. They went several times behind the front line, bringing valuable information. Were captured by the Nazis. Tortured. And what scary! On the back of Leni, the monsters cut a belt, burned a star on his chest ... They forced him to dig a grave and shot him in the village of Chemodanovo ... 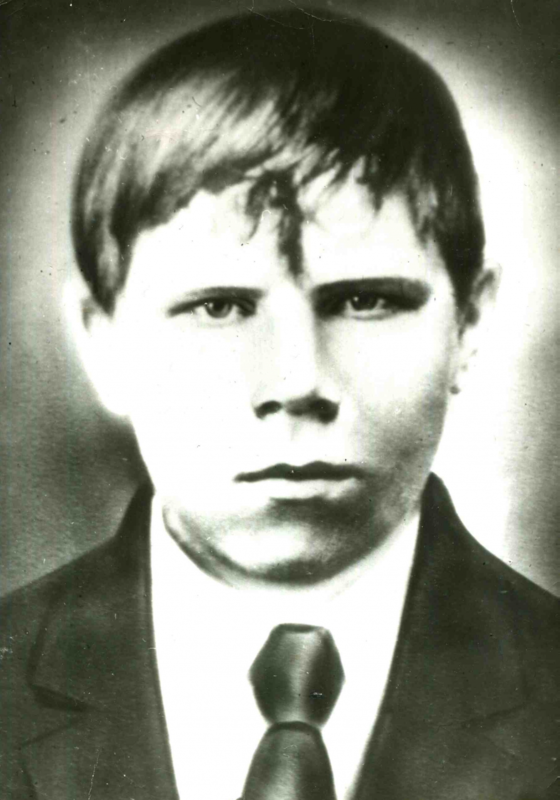 After a while, both the teachers and the guys responded. The head teacher of the village of Devitsa in the Usman District, Lyudmila Nikolaevna Chernikova, and her fellow teachers, based on our publications, conducted memory lessons. And they even staged performances about children-heroes - we visited one of them. 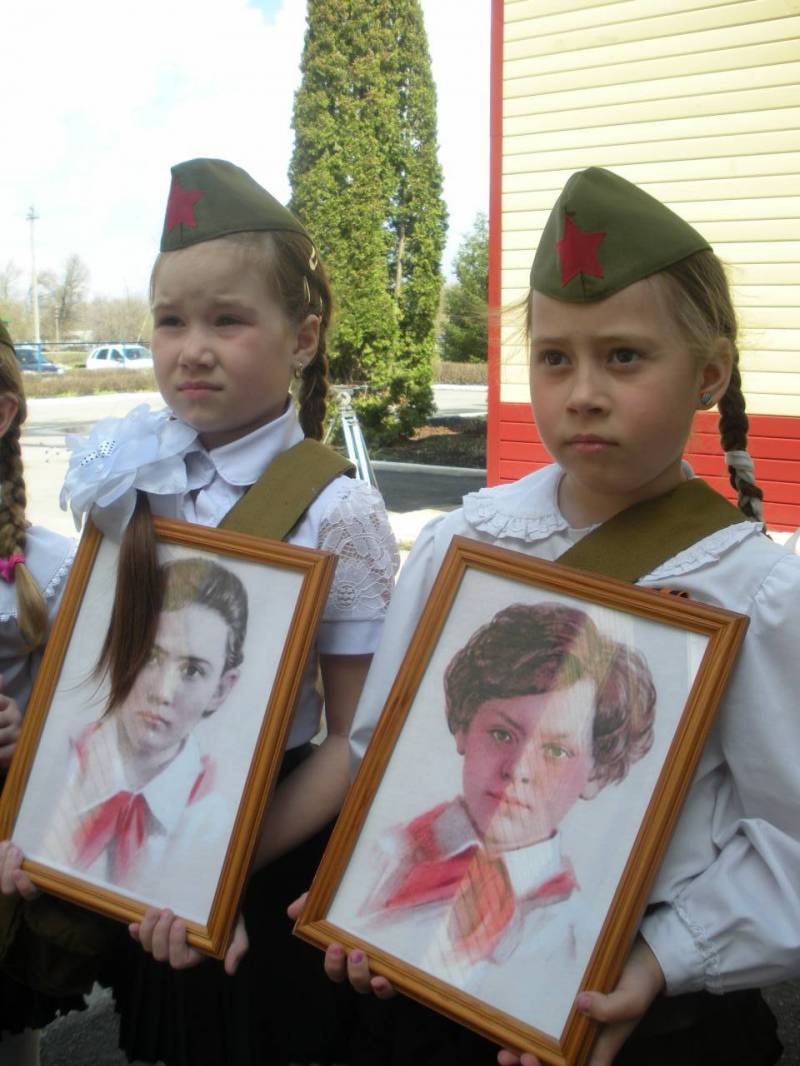 Galina Matveyevna Markeeva, Head of the Library of the Lipetsk School No. 59 “Perspective”, introduced the boys and girls to the exploits of their peers through fiction. Galina Matveevna is a wonderful storyteller. Even we adults, hearing from her mouth the story of Zoya Kosmodemyanskaya, could not hold back tears ...

Even the news came from the kindergarten of the village of Troekurovo, Lebedyansky district! Boys and girls who barely mastered the letter have already learned about who Gulya Koroleva, Nina Kukerkova, Misha Romanov are ... And they didn’t just know, they understood! They went to the Eternal Flame, laid flowers. They remembered the young heroes in the face, and it is worth a lot. 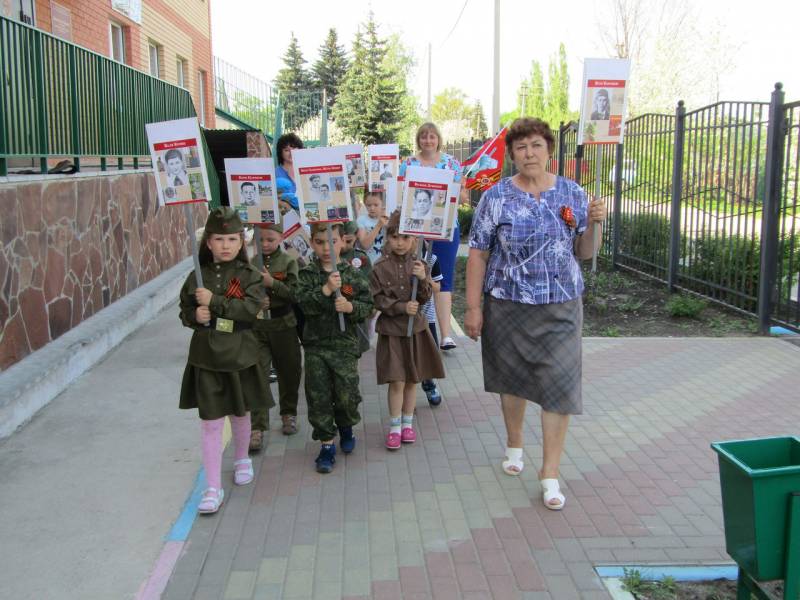 Third-graders of the Lipetsk 42 school began to create group projects-stories about young heroes, for which thanks to teacher Svetlana Mikhailovna Shuklina and librarian Valentina Alexandrovna Kirichko.

The big work was carried out by Olga Anatolievna Tonkikh, a teacher of the school number 5 of the town of Gryazi. At first, she conducted memory lessons only for third-graders, her wards. But when her students printed out portraits of pioneers and Komsomol members and went to a rally, they were joined by other students of the school.

“Soon I will conduct a lesson about our fellow scouts, natives of the village of Volovo, Kolya Pikalov and Volodya Bachurin,” wrote Sergei Petrovich Bocharov, a teacher of the Lipetsk school No. XXUMX. “It’s imperative that the guys know about it!”

It is impossible not to say about Svetlana Semenovna Kuznetsova and her pupils, first-graders of the school in the village of Dubove in the Dobrinsky District. Svetlana Semenovna turned the home reading lessons into a memory clock. First graders have a special form for the upcoming Victory Parade. The boys costumes Jungi, in honor of the hero of Novorossiysk Victor Novitsky. 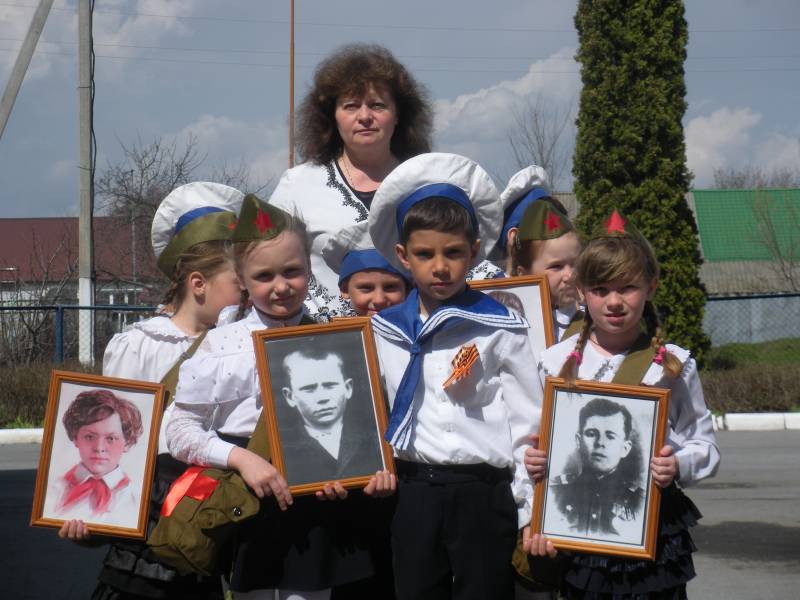 For girls sewed the form of nurses. This is a tribute to the memory of the Hero of the Soviet Union Xenia Konstantinova. The girl saved the wounded, hid them in a hollow. She took from them a large group of fascists, fought to the last bullet and died in an unequal battle. Brutal Nazis nailed her to the frozen ground, gouged out his eyes, cut off his ears and nose ...

We received letters, answered calls. And they understood: we have a large-scale and very serious action in our hands. It is necessary that on Victory Day in the procession of the "Immortal Regiment" there will be guys and adults who, along with portraits of their relatives, will carry pictures of the young defenders of the Fatherland.

We came to the aid of the management of education and science of the Lipetsk region. And we turned further, already outside our area. We were supported by the All-Russian children's magazine "Coster". In the distant Syktyvkar, such a regiment was created by journalist Maria Vasilievna Kuzmina, for which she thanks a lot.

... And letters all came and came. In Kursk, residents planted an alley of trees in memory of the executed girl Anna Obukhova. She saved the Red Army soldiers, for which the fascists tied Anya to the school desk. There was a frost, Anya in a school dress. She did not live up to the morning ...

The students of one of the schools in Volgograd made a film about Misha Romanov, a young defender of Stalingrad, who was fighting alongside his father.

... And then came the Victory Day. More than three and a half thousand young and adult residents of the Lipetsk region joined the column of the Immortal Regiment, holding portraits of pioneers and Komsomol members.

Thank you, dear readers and friends! May our memory continue to be fair!

Ctrl Enter
Noticed oshЫbku Highlight text and press. Ctrl + Enter
We are
What you didn't want to know about EnglandThe phenomenon of the Russian people
Military Reviewin Yandex News
Military Reviewin Google News
7 comments
Information
Dear reader, to leave comments on the publication, you must sign in.