Second this year. US conducted a test of ICBM Minuteman-3

14 May 2018
29
The United States carried out a successful test of an Intercontinental Ballistic Missile (ICBM) "Minuteman-3", the US Air Force Global Strike Command reported. 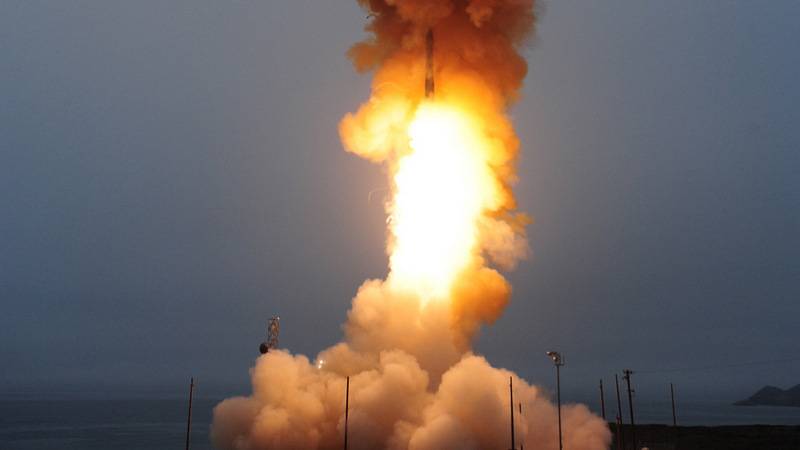 The rocket was launched at 11: 23 in Moscow from a silo launcher from Vandenberg Air Base in California. The unarmed head of the rocket, flying 6,7 thousand km, fell in a given area at the US proving ground in the area of ​​the atoll of Kwajalein, located in the central part of the Pacific Ocean.

The MBR test-launch program demonstrates the “Minuteman-3” combat readiness and confirms the ability of the US to have strong and reliable nuclear deterrent forces as a key element in ensuring American national security and the security of allies and partners of the United States
- it is spoken in the message of Command of global blows.