MT-LB are undergoing another modernization

15 May 2018
60
In the mid-sixties, a new light multipurpose amphibious armored personnel carrier MT-LB was adopted by the Soviet army. This machine is still in the ranks and solves certain problems. Practice shows that timely maintenance of armored vehicles and carrying out various upgrades allow you to maintain the desired potential and continue their operation for a long time. Recently it became known that in the near future the MT-LB tractors will be renewed.


On the further fate of the serial 14 armored vehicles in May reported RIA News. The news agency contacted an unnamed representative of the Remdiesel plant (Naberezhnye Chelny) and received some interesting information from him. As it turned out, the Ministry of Defense wants to upgrade the existing equipment, according to the results of which the machines will improve their mobility, maneuverability and controllability characteristics. Also, the proposed modernization project allows to increase the stock of carrying capacity, which can be used, for example, to increase the level of protection. 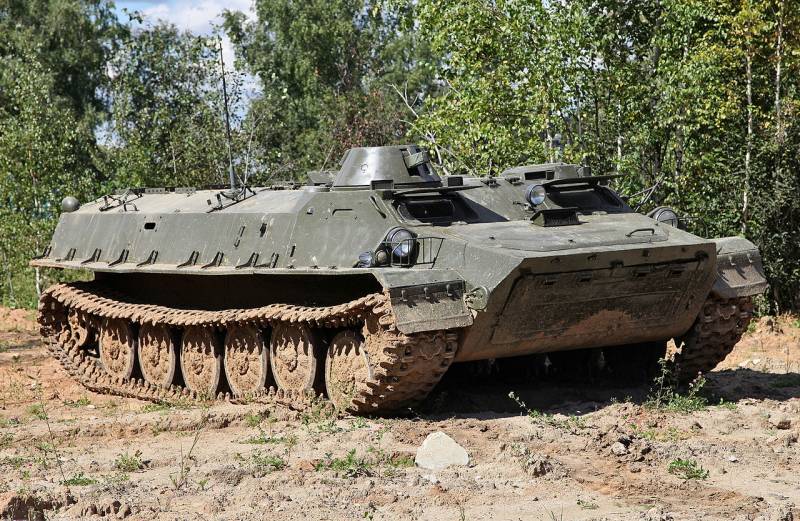 According to the source RIA Novosti, a new modernization project has already been launched and is being carried out within the framework of the state defense order. According to published data, the current modernization provides for the replacement of the power plant and transmission, as well as a certain refinement of the chassis. Due to this, it is possible to reduce the mass of the structure, as well as significantly improve the basic technical characteristics.

Recall that in the basic version the MT-LB machine is equipped with a YaMZ-238 diesel engine. This product is built according to the V8 scheme and has a working volume of 14,866 l. Engine power - 240 HP at 2100 revolutions per minute. Specific fuel consumption - about 215 g / hp * h. The engine and the main clutch are placed in the engine compartment, located between the control compartment and the landing compartment. The main mechanical transmission devices, including the gearbox, are located in the nose compartment of the hull, in front of crew jobs. This transmission provides 6 for forward gears and 1 for reverse gears.

The existing power plant does not provide the desired characteristics, and therefore a modernization project was proposed. In accordance with it, serial MT-LB should receive a new diesel engine type KAMAZ-740.50. Such an engine, built according to the V8 scheme, has a working volume of 11,76 l, but at the same time develops the power of the 360 hp. at 2200 revolutions per minute. The declared specific fuel consumption is 201 g / hp * h. Thus, the power of the power plant grows one and a half times.

A noticeable restructuring in the new project is undergoing transmission. Instead of one of the available units, the upgraded MT-LB receives a hydromechanical pivot box. As stated, the use of such a unit will allow the car to turn at all speeds and gears with a controlled radius. This should significantly improve handling and maneuverability in all conditions.

Another refinement proposed in the current project affects tracked propulsion. Initially, the MT-LB tractor is completed with a caterpillar with an open hinge. With all its positive features, such a tape has a rather large mass, which can be reduced in a reasonable way. Modernized MT-LB equipped with a new track, built on the basis of a closed-type hinge. This allows you to maintain the desired characteristics, but significantly reduces the mass of the chassis and the machine as a whole. 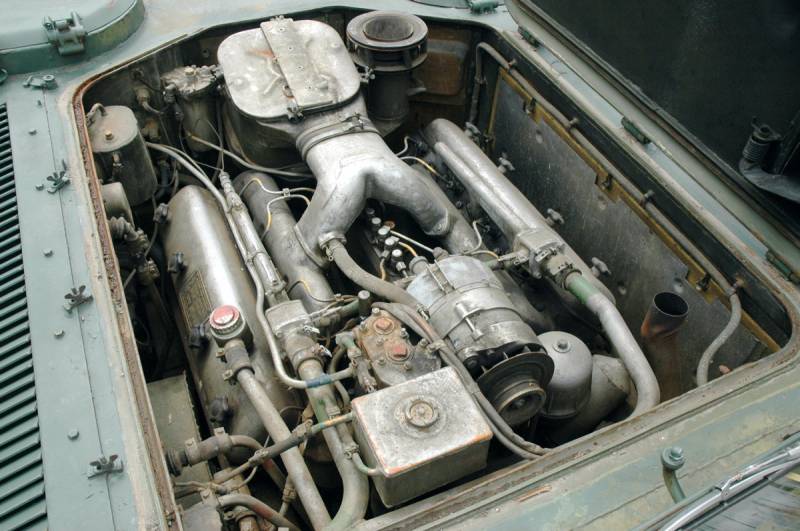 Engine compartment of the car with the engine YMZ-238. Photo of Wikimedia Commons

Source RIA News indicates that the refinement of the power plant, transmission and chassis leads to a reduction in the mass of technology. So, due to the installation of a new engine and transmission, the weight of the machine is reduced by 500 kg. Each caterpillar of the new design on the 150 kg is lighter than its predecessor. Thus, the mass of the upgraded machine MT-LB is reduced by 800 kg in comparison with the original configuration.

It is noted that an increase in the stock of carrying capacity can be used to increase the level of protection. On top of the existing anti-bullet armor, having a relatively small thickness, you can install additional mounted modules. It is obvious that such a refinement is currently of particular importance. MT-LB has long ceased to meet modern requirements in terms of protection, and therefore any strengthening of its own armor would not be superfluous.

Other information about the initiated revision of the serial MT-LB from the combat units has not yet been given. In particular, the source RIA Novosti did not mention the replacement of standard weapons or the installation of new combat modules, did not tell about the modernization of on-board electronics, etc. However, it can be assumed that the new draft of the equipment does not provide for the replacement of weapons or electronic equipment, since it is intended only to improve the basic technical characteristics.

Unfortunately, accurate information about the results of the proposed modernization and its impact on the tactical and technical characteristics of armored vehicles has not yet been announced. However, even the available data allow us to make some assumptions and conclusions. From the available information it follows that the upgraded MT-LB will indeed exceed the basic equipment in different indicators of mobility and maneuverability. 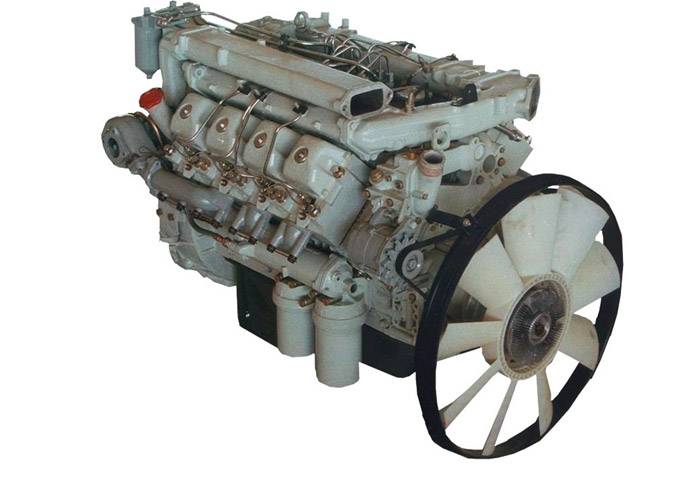 It is easy to calculate what is the load carrying capacity of the modernized multi-purpose armored vehicle. Having a 360-strong engine, it can weigh almost 14,5 t and at the same time show power density at the level of the basic configuration. Additional tons in the stock of carrying capacity can be used to enhance protection, install a new combat module with other weapons, etc. However, this time the problem of strength should appear. The current draft of the update, apparently, does not provide for the strengthening of the hull or chassis, which does not allow to get rid of restrictions in certain areas.

Finally, the proposed upgrade should improve the performance of the equipment. Serial MT-LBs are equipped with a very successful engine for their time, but it no longer fully meets modern economy requirements. Its replacement, in turn, leads to an increase in the basic characteristics, as well as to simplified operation and maintenance.

RIA Novosti reports that the modernization of existing multi-purpose machines MT-LB has already started and is being carried out at the Remdiesel plant. However, the most interesting information about the received order from the Ministry of Defense has not yet been announced. In particular, the number of ordered tractors in the updated configuration remains unknown. It also does not specify from which parts they arrive at the restructuring and who will have to use the updated equipment. Perhaps such information will appear in the near future.

It should be noted that the modernization project currently being implemented by the Remdiesel plant is not the first attempt to seriously upgrade a fairly old multipurpose armored vehicle. Over the years, a number of domestic and foreign enterprises regularly offered various projects that included replacing the engine and transmission in order to improve operational and technical characteristics. At the same time, some projects proposed replacing old YMZ-238 engines with new modifications of the same family, while others provided for more serious changes. 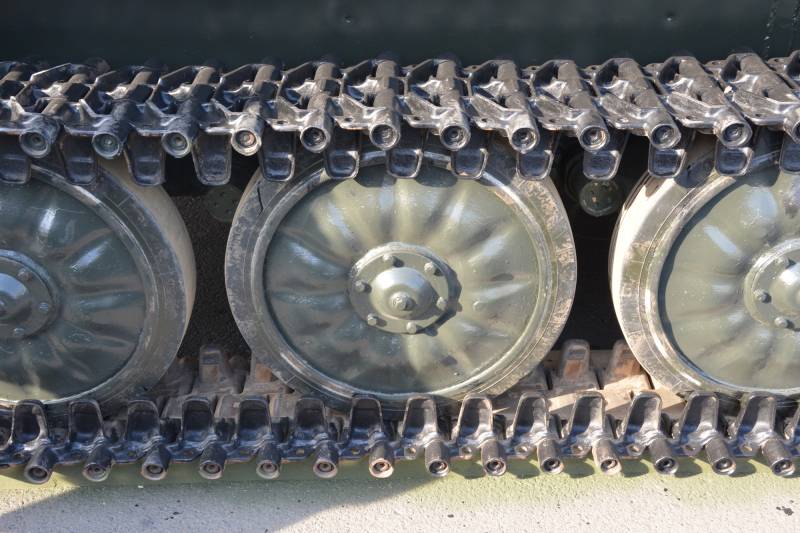 Another quite popular way to modernize MT-LB was rearmament, which meant abandoning the standard turret with a machine gun.
rifle caliber in favor of more serious combat modules. In this area, the company Muromteplovoz (the city of Murom) showed remarkable results. It has long been engaged in the subject of upgrading light tractors and offers customers a half dozen options for updating MT-LB or rebuilding such equipment into machines for other purposes. In all cases we are talking about the installation of new units, as well as the use of different types of combat modules borrowed from serial equipment. According to the results of such upgrades, the serial MT-LB can carry not only a rifle-caliber machine gun, but also a large-caliber system or an automatic cannon. Also offered are self-propelled mortar and earth-moving machines on the same chassis.

Projects "Muromteplovoz" have already managed to interest potential customers. Thus, one of the proposed variants of a multipurpose armored vehicle under the designation MT-LB 6MB was adopted in service with the Russian army. This model differs from the base tractor with an additional under-roof box on which the turret with the 2А72 automatic cannon, the PKTM machine gun and smoke grenade launchers is placed. Despite the installation of new weapons, the machine retains the ability to transport people and goods or towing various trailers.

According to various sources, at present, there are almost 6 thousand MT-LB multi-purpose MT-LB multi-purpose armored troop-carrier vehicles in the fleet of Russian armed forces. The main part of this technology belongs to the ground forces, while no more than 300 armored vehicles are in the possession of the marines. About 2 thousand units of equipment sent for storage due to the development of the resource and the lack of need for them. The remaining machines remain in operation and are designed to solve various problems. From time to time such equipment is undergoing the necessary repairs, as well as being upgraded according to new projects.

According to the latest news, to date, the military department has ordered the implementation of a new project to modernize existing equipment. This time the order of the Ministry of Defense is being carried out by the Remdiesel plant, and the essence of the project is to replace the power units. First of all, this means that in the near future the army will receive updated vehicles with enhanced characteristics. In addition, the appearance of a new order clearly demonstrates the desire of the military to maintain the existing equipment in service. Thus, MT-LB will still have to serve and contribute to the defense capability.

Ctrl Enter
Noticed oshЫbku Highlight text and press. Ctrl + Enter
We are
Armored vehicles of Ukraine: results, potential, prospects ...Is the "old" well forgotten to become the "new"? Part-2. At the call of honor and duty
Military Reviewin Yandex News
Military Reviewin Google News
60 comments
Information
Dear reader, to leave comments on the publication, you must sign in.