Open at the same time. The construction of auto approaches to the Crimean bridge has been completed

14 May 2018
65
The auto approach from Kerch to the Crimean Bridge is completely ready, the opening of traffic on it will be synchronized with the launch of traffic on the bridge, the State Committee of the Road Economy of the Republic of Crimea reported. 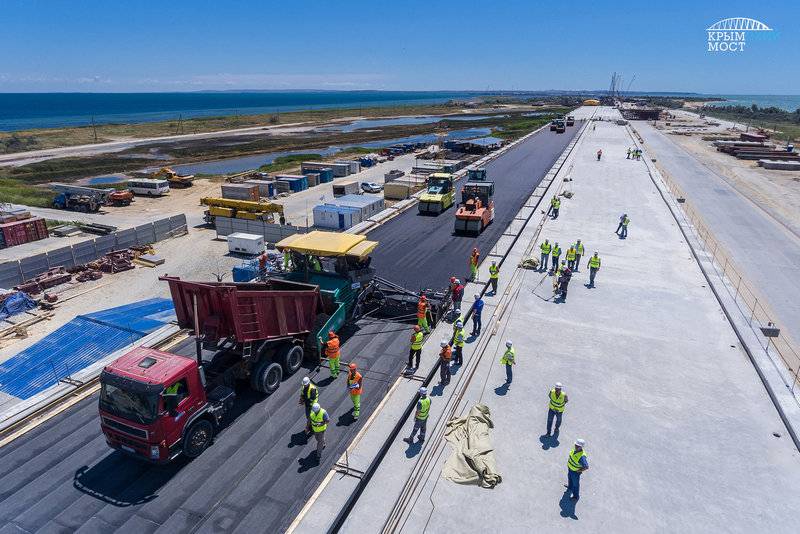 13 May in Kerch launched traffic on a new overpass that is built above the autonomous approach to the bridge to provide a connection between the Arshintsevo microdistrict and the city center. In total, during construction, three overpasses were built through the auto approach, as well as five local treatment facilities. According to the committee, the opening of additional overpasses and interchanges in the area of ​​auto approaches is no longer planned, since all the design decisions have already been implemented. The self-approach itself is already equipped with a barrier fence, marking, lighting, noise screens and road signs. These days, grass is sown on the sides of the auto-approach.

Ctrl Enter
Noticed oshЫbku Highlight text and press. Ctrl + Enter
We are
Reports from the militia of New Russia for 27-28 September 2014 of the year
Military Reviewin Yandex News
Military Reviewin Google News
65 comments
Information
Dear reader, to leave comments on the publication, you must sign in.