Currency control is not for everyone. Contraindications

15 May 2018
31
Liberals from the economy can again feel on horseback. And not because there are no cardinal changes in the cabinet of ministers, but the “adviser” Kudrin will most likely head the Accounting Chamber. It’s just that in the reappearing war of sanctions, Russia, it seems, will again follow the path of direct confrontation under the slogan “let's strike back”, not even trying to assess the real benefits for the economy of the country and its population. 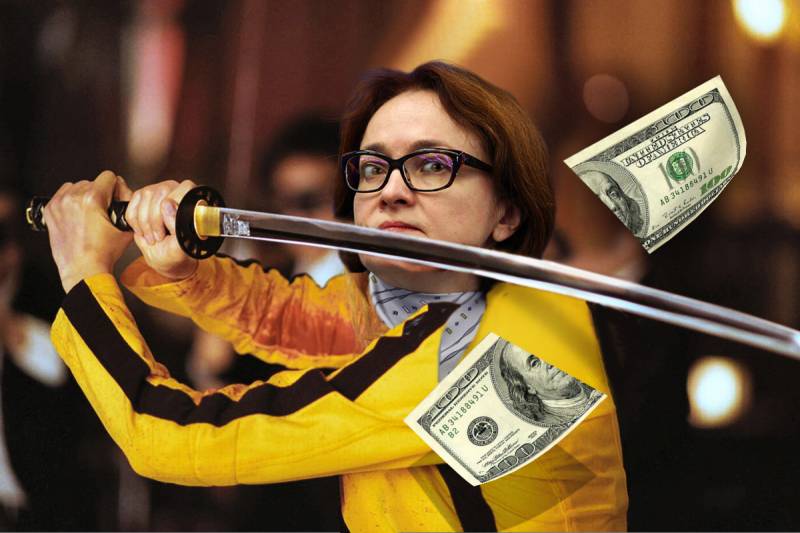 It may seem that the hard answer contradicts all the tenets of liberal economic theory. But in fact, all trade, customs or currency wars are a direct result of the desire to remain in the global economic get-together. And not only follow the rules of the WTO, but at the same time strive for full membership in various business clubs and associations, formal, and often informal, useful, and more often useless. While our main economic and political opponent simply wipes his feet on any rules and regulations that he himself was the first to dictate to almost the whole world.

Why such a long introduction? And besides, along with the response to sanctions, almost all possible and impossible measures of support for those who could even benefit from these sanctions are becoming the norm. With the right approach, of course, and with proactive diversification of business. For example, domestic farmers are ready to pray for the “divorce” that has happened in recent years between Russia and the West. And the structures of the oligarchs again and again beat out for themselves through legislators one way or another indulgence.

Another of these breaks today with undisguised approval is announced by almost all business publications. It's about the right not to return foreign exchange earnings to the country. Which should be supported by the ability to settle with counterparties directly abroad. Such a liberal measure, in theory, should concern only those companies that have fallen under another portion of Western sanctions, although with the current degree of interpenetration of business structures under sanctions (albeit indirectly) almost any Russian company or bank dealing with foreign partners may be . 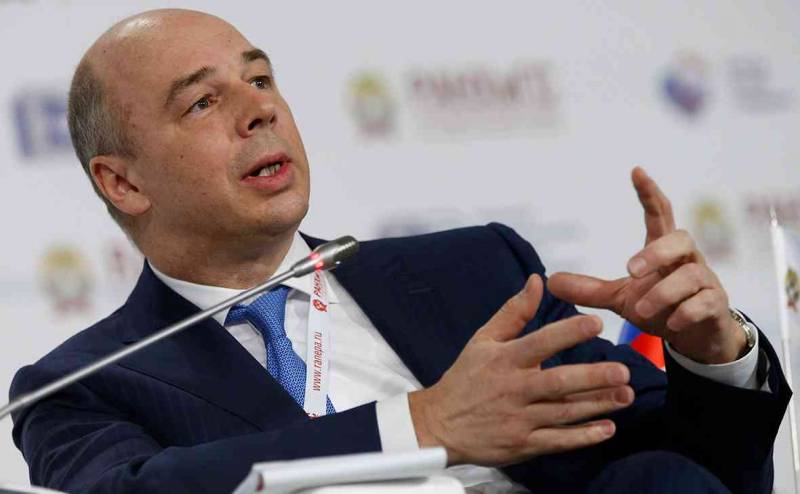 Another thing is that not all countries from among those with whom the Russians are cooperating today, apply sanctions against us. Nevertheless, fellow journalists say: the business “almost waited” for easing of currency control! So far, only “almost”, although the fact that the main initiator of such a measure, Finance Minister Anton Siluanov, has now taken the post of vice-premier adds the confidence to the business community. He advocated easing currency control while still a deputy minister when the global financial crisis of 2008 broke out, and remains a consistent supporter of even broader monetary liberalization.

Just over a year ago, Minister Siluanov once again proposed loosening currency controls, but did not receive support from the government. However, in April 2018, the situation changed dramatically. Under the new sanctions of the Ministry of Finance of the USA, introduced by 6 of April, 24 of Russian and 15 of related companies, including En + and UC Rusal of Oleg Deripaska, as well as the Renova Group of Viktor Vekselberg, fell. A very large number of Russian residents are associated with them in business, who themselves now run the risk of being sanctioned if they continue the business with the persons involved in the list.

At the same time, Prime Minister Medvedev instructed the government to figure out how to help companies that fell under sanctions. There are no funds for direct financial investments in the budget, and it is unlikely that they would seriously help. Obviously, therefore, today in the financial department they have no doubt that it is impossible to do without canceling the repatriation of Russia's currency earnings. So, Deputy Finance Minister Alexei Moiseev is sure that “you need to finish with this history with mandatory repatriation of foreign exchange earnings, to reduce or cancel the punishment for non-repatriation. Fines will be waived, and the repatriation requirement itself is significantly liberalized. These proposals are agreed and, I hope, will be implemented in the near future. ”

At the same time, the Ministry of Finance considers it necessary not only to abolish fines for non-return of currency earnings for companies that have fallen under sanctions, but also to reduce them for all others. The parameters of this decline in the financial department have not yet clarified, but, given that now the penalties are about 0,05 percent per day overdue, it may come down to the fact that they will be practically imperceptible for business. However, in case of total non-refund, there are currently fines in the amount of 75-100 percent of the amount, and often they are charged on the first day of delay. And the biggest problem for businessmen who are late with repatriation is the return of precisely these amounts, for which they usually have to go to court.

The proposal of the Ministry of Finance, by all indications, is intended not to penalize companies facing the need to pay abroad, and in most cases through foreign banks. However, in fact, we are talking about some hidden form of withdrawal of capital from Russia. For many, it seems that it will not be difficult to sign up as a victim of sanctions, and the currency earnings so needed by the budget will continue to scroll anywhere other than Russia.

In general, the abolition of currency repatriation is associated with sanctions only indirectly, only in those cases where foreign partners are forced to refuse payments under current contracts or funds that someone owes a Russian company or bank from the sanctions list are blocked on foreign accounts. It's bad that sanctions due to the abolition of control over foreign exchange earnings still can not be bypassed. The bad thing is that foreign banks, too, in most cases will simply refuse to conduct settlements for Russian sanctions companies.

Perhaps the liberal press is triumphant because the government is ready to somehow help the business? Well, actually this has already happened more than once. At the turn of 2008-2009, the direct financial support of the structure-forming enterprises could still be somehow justified. And then do not even ask the oligarchs whether they will return the "then" billions. But today the situation is completely different, it is simply impossible to support everyone from the budget with billions.

The fact that Russia has to live and work for many years under unprecedented economic pressure has become clear not today or even yesterday. But if the government did at least something, even acquired reserve funds, of which now, however, almost nothing is left, then many business structures cannot say the same. Are they hoping to "carry"? As twenty years ago, when banks bought government securities on conditions of inconceivable profitability, as if they did not understand that they would never be able to pay such interest.

Many of those who today sit in the chairs of deputy ministers and department heads, simply because of their young age, they don’t remember, and often don’t want to know how everything then, in August, 1998, ended. And it ended in default, the collapse of almost all the best banks from the number of the first post-reform and new tight monetary policy. In which were not only provided 100-percent return to the country and 100-percent sale to the Central Bank of foreign exchange earnings, but also end-to-end control of all foreign exchange transactions. 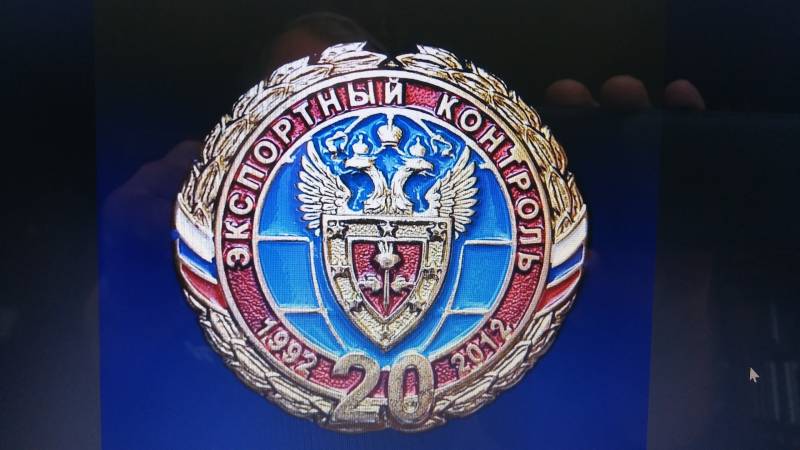 Recall that the Internet did not penetrate into all spheres of life at the time, half the country had a bad idea how to pay using cash registers. But it was then that they created a small, but, as it turned out, a very effective service of currency and export control - EEC. It gathered not only specialists from the competent authorities, including from customs and OBKHSS (for those to whom this abbreviation is unknown: the Department for Combating Theft of Socialist Property), but also humanities, including even journalists.

The EEC service was subordinated directly to the president, given the right to coordinate the activities of seven departments at once, including the Ministry of Finance, the Ministry of Economy, customs and the holy of holies - the Central Bank! And she quickly set up the collection of data on foreign exchange turnover, ensuring a solid inflow of revenues into the country in dollars, price marks, pounds and francs.

The omnipotence of the EEC didn’t like very many people at that time, and after the government headed by Yevgeny Primakov, this service also went into oblivion. But after a year and a half, she was revived in the form of financial intelligence, led by Viktor Zubkov, now it is Rosfinmonitoring (RPF). But in the powers of the RPF noticeably inferior to the EEC, in fact, it left only the collection of information about all the somewhat dubious financial transactions and the right to apply to law enforcement agencies to initiate criminal proceedings. Possible currency liberalization can even turn the RPM into a simple database collector.

Ctrl Enter
Noticed oshЫbku Highlight text and press. Ctrl + Enter
We are
And what about our WTO?Kudrin against Rogozin, or New revelations of the ex-minister
Military Reviewin Yandex News
Military Reviewin Google News
31 comment
Information
Dear reader, to leave comments on the publication, you must sign in.