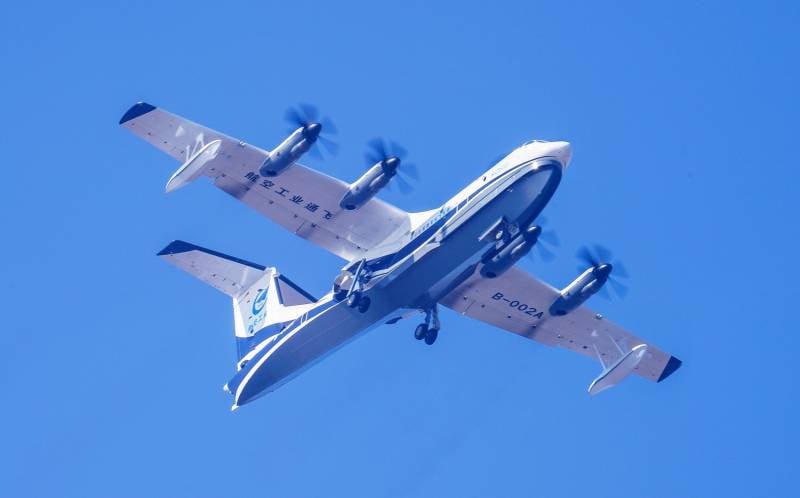 We are trying to obtain a certificate of airworthiness of the aircraft from the Civil Aviation Authority for the 2021 year, and by the 2022 year to begin delivery to
said Lincai.

According to him, this year the corporation plans to “carry out an airplane flight in July from the Zhuhai base in Jingmen (Hubei province), where the aircraft will later make the first flight from the surface of the water.”

Recall that in March 2017-th AG600 successfully made its first test flight from the ground. The assembly of the aircraft was completed in the summer of 2016. It is designed to extinguish fires and conduct rescue operations on the water. Able to take on board 12 tons of water in 20 seconds. Maximum take-off weight - 53,5 t, hull length - 39,3 m, wingspan - 38,8 m, maximum flight range - 4,5 thou. Km.

It is also reported that “AG600 can be equipped with additional equipment for monitoring the marine environment, passenger and freight traffic, as well as mineral exploration”.