"The Eye of Moscow in Turkey." C-400 deliveries were also agitated by the German media

14 May 2018
39
For the North Atlantic Alliance, the delivery of Russian C-400 “Triumph” missiles to Turkey is a real provocation, writes the German magazine Spiegel. 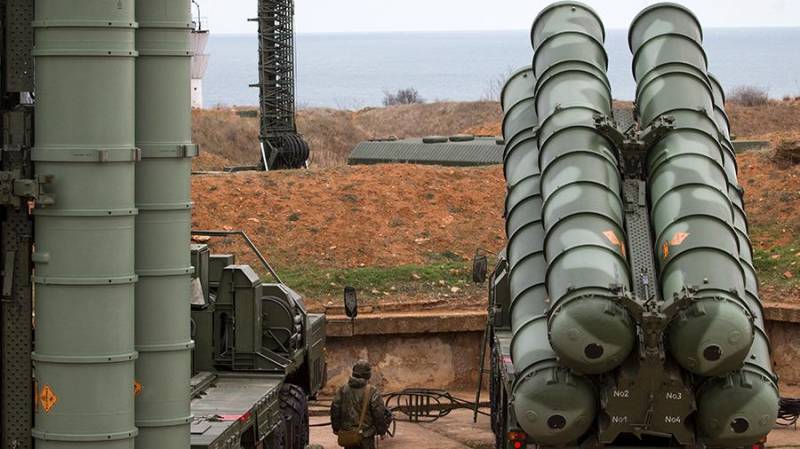 NATO fears that with the help of the C-400, Moscow "will be able to detect the strengths and weaknesses of American fifth-generation F-35 fighters", which Turkey intends to purchase from the United States, the material says.

Ironically, the C-400 is considered the potentially most dangerous opponent of a multi-purpose fighter, which in the next few years will become the backbone of the US Air Force and other countries,
quotes an article RIA News.

According to the author, NATO is wary of supplies of Russian systems, since, in their opinion, the complexes can become the “eye of Moscow in Turkey”: “with the help of Triumph Russia will be able to get all the data on F-35 and other combat aircraft ".

The magazine also notes that the C-400 "will also jeopardize stealth technology," which makes it possible to reduce the visibility of 5-generation airplanes. "Russian air defense systems will be able to record data of the onboard radar, communication channels with the ground and radio communications, with which C-400 will step by step examine and locate the allegedly invisible fighters," the newspaper writes.

For the F-35 weapon system, for which stealth technology and data transfer capabilities are critical, this would be a disaster
concludes the author.

Recall that in December 2017, Turkey and Russia signed an agreement on the supply of C-400. Ankara will buy two ZSR batteries, which will be serviced by Turkish personnel.