14 May 2018
31
The Bloomberg Information Service publishes data on the future speech of the head of the British MI5, Andrew Parker, to his colleagues - representatives of the European special services - regarding the Russian Federation. With his speech, Parker will speak today in Berlin, however Bloomberg Some of the essential theses are already known. In particular, we are talking about the “Skripale poisoning”, which Parker is going to expose as a pretext for “isolating Russia”.


From the material:
(Parker) will accuse the Russian authorities of gross violation of international law, call unprecedented the level of misinformation that Russia uses in the case of Skripal. 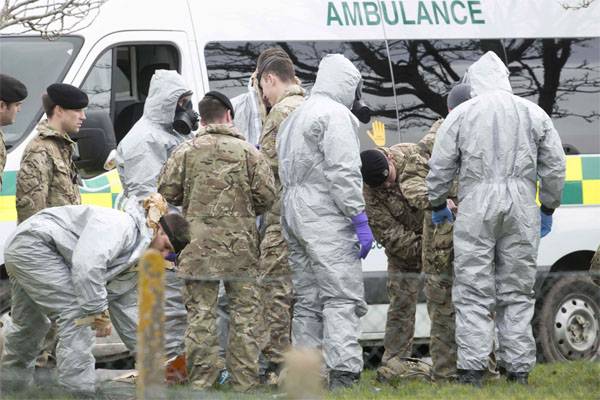 At the same time in Britain they continue to keep quiet about where the “poisoned Creaks” are now, and how it happened that with the dose of “chemical warfare agent” that was used against them, no one in Salisbury was killed; moreover, survived themselves Creaked. Until now, the "poisoned" had never been shown on British television channels, although at one time the British were actively spreading Litvinenko footage throughout the world, also accusing Russia of poisoning him.

For reference: MI5 is the British Counterintelligence Agency, which is part of the United Kingdom Joint Intelligence Committee.

Ctrl Enter
Noticed oshЫbku Highlight text and press. Ctrl + Enter
We are
Maria Zakharova commented on an interview with the head of the British MI5 about the Kremlin’s handOdessa, 2 May. We remember and remember ...
Military Reviewin Yandex News
Military Reviewin Google News
31 comment
Information
Dear reader, to leave comments on the publication, you must sign in.