"The voice in the desert." DNR again called on the OSCE to pay attention to the crimes of Kiev

13 May 2018
33
Donetsk calls on OSCE representatives to pay attention to the shelling and war crimes of the Ukrainian Armed Forces on the contact line, reports RIA News statement by the representative of the operational command of the DPR Daniel Bezsonova 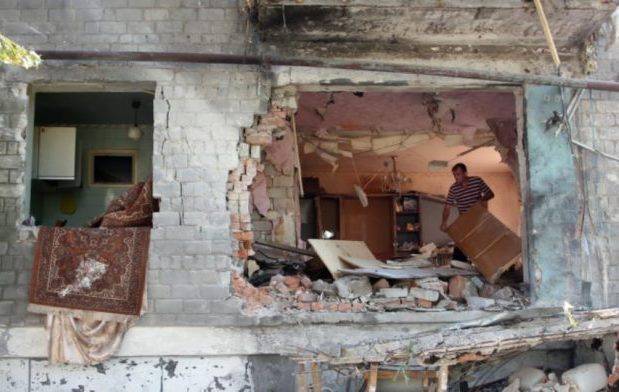 Earlier, the DPR military department announced an attempt by Ukrainian security officials to break through in the Gorlovka direction and occupy the settlement of Chigari in the “gray zone”. The representation of the DPR in the Joint Center for Control and Coordination of the Ceasefire announced today about 33 truce violations by the Armed Forces of Ukraine over the past 24 hours and the injury of two residents of Gorlovka.

After another failure of the Ukrainian Armed Forces under the Gorlovka, the Ukrainian security forces opened heavy fire from prohibited heavy weapons in the Gagarin Mine village area to divert the attention of the Armed Forces of the DPR from trying to evacuate the remnants of the defeated militants in the so-called Chigary region,
Bezsonov told reporters.

At the same time, according to him, the Ukrainian security forces “released over 70 mines on the outskirts of Gorlovka and tank shells ".

Bezsonov called for “representatives of the OSCE SMM delegation led by the President of the OSCE Parliamentary Assembly, who are visiting Kiev-controlled Kramatorsk, Bakhmut, Avdiivka, Slavyansk and KPVV Mayorsk (checkpoint of entry / exit) Mayorsk, these days, to pay attention to the war crimes of the Armed Forces of Ukraine”.

Ctrl Enter
Noticed oshЫbku Highlight text and press. Ctrl + Enter
We are
Summary of the week from voenkor Mag about events in the DNI and LC 21.04.18 - 27.04.18Summary of events in the DPR and LPR for 14.04.18 - 20.04.18 from the military commissar "Mag"
Military Reviewin Yandex News
Military Reviewin Google News
33 comments
Information
Dear reader, to leave comments on the publication, you must sign in.