Attempt to break the APU under Gorlovka. Losses on both sides 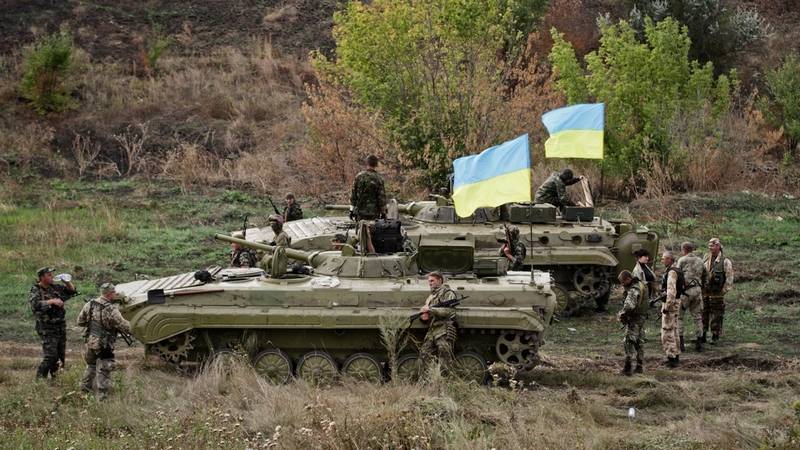 Yesterday, the Ukrainian security forces made an attempt to improve their positions in the Gorlovka sector. <...> However, the militants were stopped by the fire of our units from non-prohibited weapons and suffered heavy losses
- he said.

According to him, the APU lost up to nine people killed, five more were injured. From the DNI killed two soldiers.

He also added that the Ukrainian security forces had planned to break through the defense line of the DPR in order to create a springboard for further offensive actions in the Gorlovka direction. As a result, the security forces occupied the Chigari cottage settlement in the so-called gray zone.

Currently, militants, hiding behind local residents, are in a tactically disadvantageous position, fully controlled from the lost heights, in the holiday village of Chigari
- said Bezsonov, while adding that the fact of capturing an unprofitable position, the command of the Ukrainian Armed Forces will still use to publicize and justify their losses. Thus, it can be stated that the Ukrainian armed forces still managed to take control of a part of the territory of the Donetsk People's Republic in the format, as they say in the Ukrainian Armed Forces, the “toad jump”. The OSCE SMM did not notice anything ...

Ctrl Enter
Noticed oshЫbku Highlight text and press. Ctrl + Enter
We are
Summary of the week from voenkor Mag about events in the DNI and LC 21.04.18 - 27.04.18Summary of events in the DPR and LPR for 14.04.18 - 20.04.18 from the military commissar "Mag"
Military Reviewin Yandex News
Military Reviewin Google News
139 comments
Information
Dear reader, to leave comments on the publication, you must sign in.