Who and how catches up with America. Orthodox aircraft modeling

14 May 2018
57
Comrade Stalin, a great scholar, closed the bible and carefully set it aside. He threw his legs in his boots on the Kremlin table and began to fill the phone. Moscow was forgotten by an alarming dream, the leading cadres were sleeping with their suitcases under their pillow, waiting for the pogroms of the NKVD. In Komsomolsk-on-Amur, they were awake and happily reported to the leader by telephone about the progress in the large-scale construction of an aircraft factory in the taiga. A beautiful sunny day was in full swing.


Having knocked and not having received the answer, Nikita Khrushchev entered the office, bowing low.

- And how! You are my god! - Khrushchev jumped to the ceiling.

- Youngster. In the seminary, I was taught that God created the earth and the sky, and water, and light. And the gas also created. And this is the essence of chemical and physical processes. Go tell everyone that we need to bring chemistry and physics to life. And this ... biology. From such a monkey how are you going to make a man.
(From the unwritten memories of a liberal scientist who suffered innocently.) 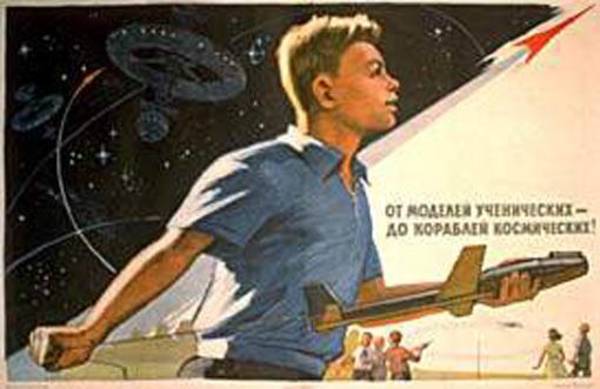 Joseph Stalin was a man of his era. A man of the age of steam and electricity, a man constantly self-educating. The successes of the German, English and American chemists could not leave him indifferent. Chemistry is aniline dyes, fertilizers for agriculture, celluloid for cinematography, toys "Go away - go away" for kiddies, tires for cars, new explosives and raw materials for the rest of the industry. The front reports of World War I were fresh in memory, where the enemy was gassed using all that was possible: chlorine, mustard gas, lewisite.

Big country - the USSR. A big country needs big chemistry, needs physics, biology. All is necessary. And most of all we need educated people.

The task is set, the high school took the peak. On the foundation of small educational institutions, at the beginning of the 30s, the United Moscow Institute of Chemical Technology (EMKhTI), consisting of several branches, appeared.

The first branch is the Moscow Institute of Chemical Technology named after DI Mendeleev.

The second branch is the Faculty of Chemistry, Moscow State Technical University (reorganized into the KE Voroshilov Military Chemical Academy).

The third branch is the chemical and pharmaceutical faculty of the Second Moscow State University (reorganized into the Moscow Institute of Fine Chemical Technology named after MV Lomonosov).

Later, the Moscow Institute of Physics and Technology (MFTI - Fiztech) broke away from Moscow State University, setting the principles formulated by P. Kapitsa in a personal letter to Comrade as the head of training. Stalin:

2) participation in the training of leading scientists and close contact with them in their creative environment;

3) an individual approach to individual students in order to develop their creative skills;

4) conduct education from the very first steps in an atmosphere of technical research and constructive creativity using the country's best laboratories for this.

“... 1943 year. I was invited to lead the design and manufacture of radar stations in the country. We had great authority, but we lacked personnel of all levels and qualifications.
... The deadlines for training engineers at universities in Moscow were too long ... A completely new method was proposed: secondment students for theoretical, experimental and practical work to our new institutes and laboratories and thus include them directly in practical work. Thus, the future specialists began to work alongside our scientists, designers, laboratory workers, who helped in word and deed, and the students were given the opportunity from the very first days to get acquainted with the content and difficulties of their independent and collective work. ”
(Quoted from the book by A. Shchuka, A. A. Fiztech and Phys. Tec. M., 2010. C. 18.)

But this is not enough; students also need to be taken from somewhere. 22 February 1935, Stalin and Molotov sign a masterpiece resolution of the Council of People's Commissars of the USSR and the Central Committee of the All-Union Communist Party (Bolsheviks) on the construction of schools in cities. In which it was noted that during the years of the first and second five-year plans, the number of school-age children enrolled in schools increased from 11,3 million to 24 million people (greetings to Vladimir Vladimirovich and his maternal capital). The number of schools during this time increased by 50000, from 118000 to 167000 schools, mainly in the countryside (hello to the optimization program), but we are lagging behind in the cities. Children go to three shifts, in other schools, children learn without giving time, and teachers work seven days a week. Therefore, it is necessary to build large and beautiful typical schools only in 1935 in the big cities of 374. These temples of education include, among other things, splendor: laboratories of physics and chemistry for 70 square meters each, a study of natural science - also 70 square meters, a library - again 70 square meters, and in this school an apartment for the director - 35 squares, a cafeteria, etc. d. 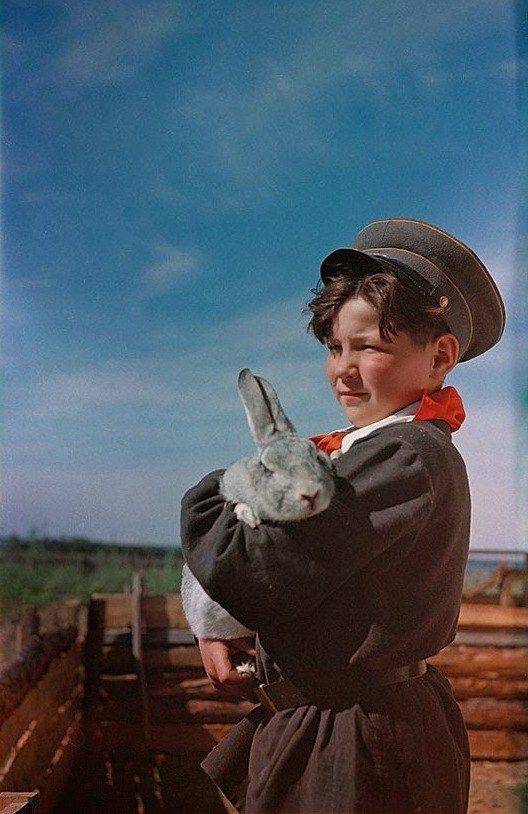 Take off your hat and remember your Brezhnev school pits with flasks. Remember also the black-and-white children's film “The Girl and the Crocodile”, based on the story “Katya and the Crocodile” by Nina Gernet and Grigory Yagdfeld. There, the pioneers from the school’s living corner dismantled every animal for holidays, and temporarily left unattended: a talking starling, two rabbits, a tortoise and a crocodile. Crocodile! In the school living corner !!

The author, who went to school in 1974, remembers well the remnants of the formerly magnificent school garden and the ruins of the school greenhouse, where vegetative life was in full swing while the biology teacher, the teacher of Stalin’s school was alive. At the same time, with wires to retire geographies, who knew the entire blind map of the world by heart, no one knew where the collection of paleontological and geological samples had disappeared from the geography office.

It was pupils and students who learned with public money (each training place cost the country approximately 1000 rubles), under the leadership of Korolev, Yangel, Tupolev and other stars of science made a big technological breakthrough. Made up the color of Soviet big chemistry, geochemistry and medicine. This generation has created a groundwork half a century ahead. With this legacy we are still alive. 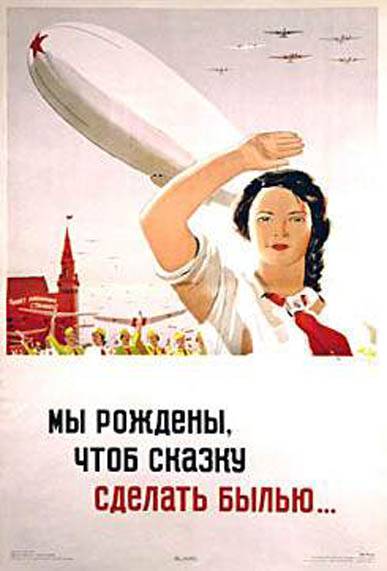 It is no accident that the current convulsive desire to “catch up with America” in the creation of unmanned aerial vehicles is the logical result of the collapse of the work of aircraft model and ship model circles in schools. Many young workers came out of the youths, creators of flying models. aviation. Such as the famous designer, twice Hero of Socialist Labor Alexander Yakovlev, Stalin Prize winners Oleg Antonov, Mikhail Mil, Nikolai Trunchenkov and others. The first cosmonaut in the world, Hero of the Soviet Union, Yuri Gagarin, was also involved in aircraft modeling in his school years.

What can I say: in the besieged Leningrad in 1943, the city held a competition in aircraft modeling!

In the 1957 year in Czechoslovakia in the world championship in the class of glider models, the USSR team took the 1-place. By 1968, Soviet model airplanes owned 15 world records for free flying and cord models from 39, registered by the International Aviation Federation. Sportsmen-dischargers, masters and honored masters of sports of the USSR, coaches, there were more than 200 thousands of people.

It was a nourishing humus, on which technical thinking and creative search grew, and there were pictures for young industry.

During the Second World War, British Prime Minister Winston Churchill, fearing Hitler would unleash a chemical war, during a discussion of the program for the supply of arms and military supplies to the USSR, offered Stalin to supply chemical weapon. 1000 tons of chlorine and mustard gas. Stalin puffed on his pipe, asked for airplanes and Tanks, and dismissed chemical weapons: they say, not time. When Churchill was already completely annoying, trying to shove the products of the British chemical industry with his foot in Lend-Lease, Stalin was ready to accept only chloramine, which was used at that time to disinfect hospitals and operating rooms. Stalin knew that both the country's industry and personnel were ready for a possible chemical war.

It took 70 years, it's time to revert to the Stalinist bible. Someone is flipping through it slowly. The aircraft model club in the city of Voronezh was organized with the blessing of the abbot Fr. Nicholas in September 2012. 5 children came to the first classes, pupils of the Sunday school, and after six months there were 25 people wishing to engage in aircraft modeling at the church of St. Anthony. It all started from scratch; for the mug, the former premises of the church were allocated - a railway carriage in which there was neither equipment, nor tools, nor necessary parts for airplanes. The Lord did not leave the circle in their concerns! Several tools were purchased with donor funds: a drilling, grinding, grinding, two stationary jigsaws and a small circular saw. Aged a compressor with airbrushes and spray guns for painting models.

There is, apparently, a hope of flying to the “airplane” before God and to see how he is managed there without us, sinners.

It would be funny if it were not so sad. Thank you very much for bothering the model aircraft model for messing with the children. Education in Russia, especially in high school, for the most part does not hold water, the maximum is at the level of the old-regime parish. Children's and youthful creativity - in the pen. And even though television is showing us a picture in which the Prime Minister attends the exhibition of children's robotics, all this remains only a beautiful picture. We are not talking about serious development programs for young people. 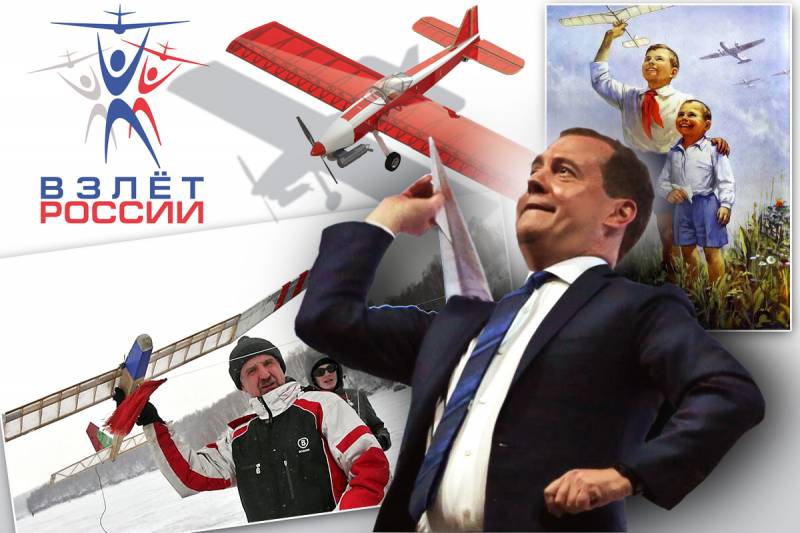 Or maybe it's time already? Now here is right ... after football, after the holidays. From the first of September.

Ctrl Enter
Noticed oshЫbku Highlight text and press. Ctrl + Enter
We are
About Stalin and KhrushchevWhat you didn't want to know about England
Military Reviewin Yandex News
Military Reviewin Google News
57 comments
Information
Dear reader, to leave comments on the publication, you must sign in.