11 May 2018
19
The Swedish company Saab announced the start of construction of a new plant in Brazil, where elements for Gripen fighters will be manufactured, Warspot reports with reference to the portal flightglobal.com. 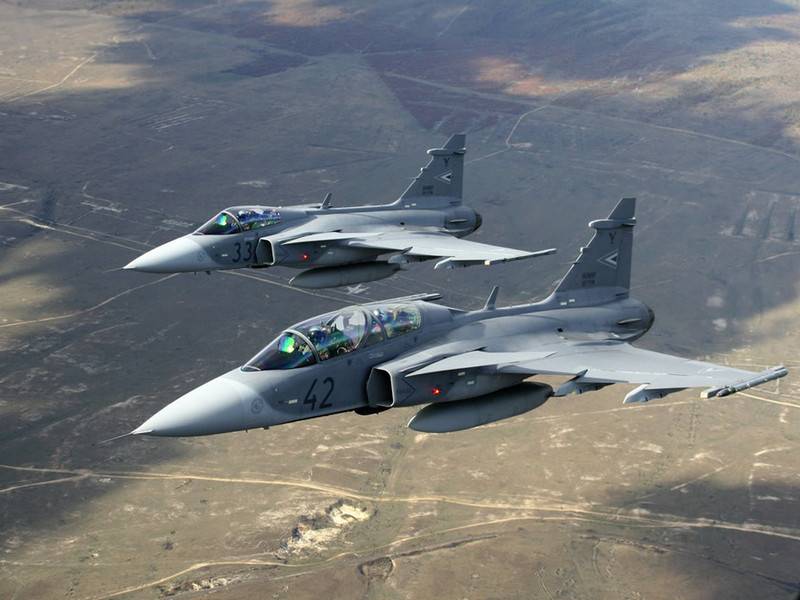 According to the plans, the plant in the state of Sao Paulo area 5000 square. m will begin work in 2020 year with 55 employees (in four years their number should increase to 200 people). SAM will produce six structural components for Gripen fighters, including elements of the wing and fuselage. Parts manufactured by SAM will be used in the production of Gripen fighters for the Brazilian Air Force, as well as in the global supply chain of Swedish combat aircraft.

The Brazilian Defense Ministry chose the Gripen to replace the Northrop F-5EM and Dassault Mirage 2000C aircraft in service. The Brazilian Air Force ordered the Gripen E / F fighter jets (single and double modifications), the contract size was about $ 36 billion, the first aircraft to be delivered in the 5,4 year. Since Brazil wrote off the Dassault Mirage 2019C fighter jets as early as 2013, the military commanders decided to rent Gripen C / D fighters from the Swedish Air Force prior to the delivery of the purchased aircraft.

According to official information, Gripen 13 fighters will be produced and assembled in Sweden, another 8 units will be shipped to Brazil in parts, and Embraer (a division of the Brazilian aircraft manufacturer Embraer) will carry out their final assembly. For the production and assembly of more 15 units (8 single and 7 double) will also be responsible concern Embraer. At the same time, the Swedish-made aircraft will begin to be delivered to Brazil in 2019, the rest - a year later. Fully complete delivery of all 36 fighters is planned for the 2024 year - most likely, these dates will not be met.