American aircraft are heading for Europe

12 May 2018
8
Since the beginning of May, Western media have been enthusiastically telling that the transfer of the 1 Armored Brigade from Fort Hood, Texas (USA) to Poland, has begun. Publications are accompanied by photographic and video materials that create an atmosphere of openness and transparency. However, some Americans still hide. 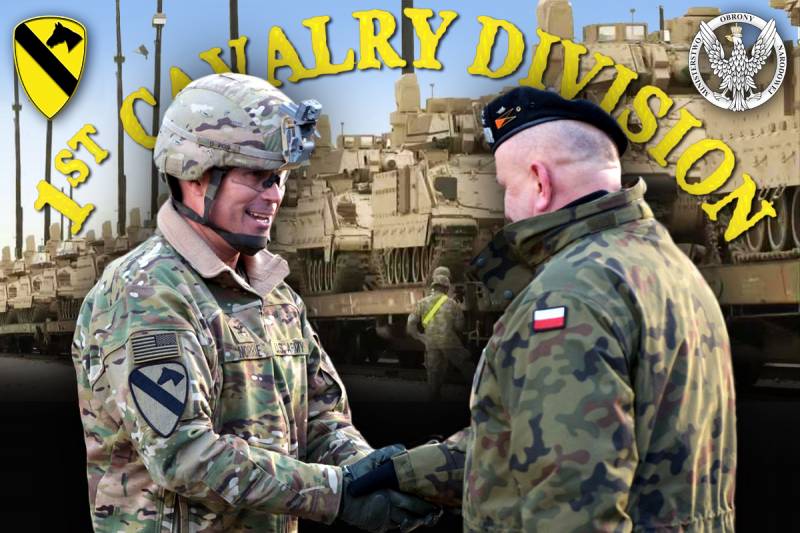 News in American and European newspapers they say that the Atlantic Alliance program of the North Atlantic Alliance every 9 months (from the beginning of 2017 of the year) rotates American brigades. They arrive in Europe in order to “increase their deterrence capabilities, respond to potential crisis situations more effectively and protect all allies and partners in the European Community.”

However, this rotation applies not only to armored brigades. Since February 2017, Europe has been replacing each other and aviation brigades, as stated on the official website of NATO forces in Europe. The 10th Aviation Brigade became a pioneer, then it was replaced by the 1st Aviation Brigade and soon the 4th Aviation Brigade from the 4th Infantry Division, located in Fort Carson, Colorado (USA), will replace it. The headquarters is located in Illesheim (Germany), the rest of the units are located at the bases of Lielvarde (Latvia), Mikhail Kogelnichanu (Romania) and Powids (Poland). 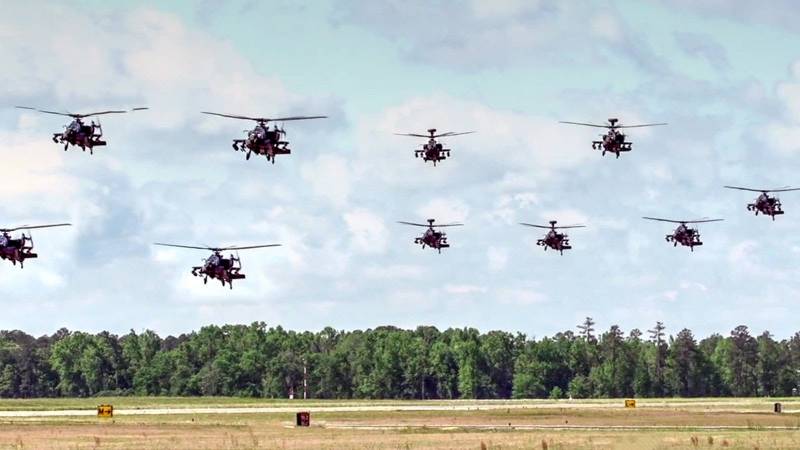 The only mention of this can be found only on the US Army website.

"The 4 Air Aviation Brigade is ready for departure in Europe and close cooperation with our NATO allies and regional partners supporting the Atlantic Resolve program, - gives the resource the words of Colonel Scott Gallaway.

Why do Americans talk about one part of the program, but try to hide the other? There are several reasons for this. The main one is that the Founding Act of Russia - NATO was ratified in 1997, one of the paragraphs in which states: "NATO confirms that in the current and foreseeable security conditions, the alliance will carry out its collective defense and other tasks through ensuring the necessary compatibility, integration, and capacity to strengthen, rather than by additionally permanently deploying substantial combat forces."

If you ask a reasonable person to retell this situation in his own words, he will answer that NATO undertakes not to deploy its forces and resources where they did not exist before (for example, in Europe). And, it would seem, the permanent presence of US troops in Europe is taking place. But the NATO leadership responds to this, that this is not a permanent presence, but a rotation! Each specific soldier and each specific tank are present in a foreign country only for the duration of 9 months, and then exactly the same to the others arrive in their place. So no one breaks anything.

The rotation is also beneficial to Washington by the fact that it allows training various units to interact with the armed forces of other countries. In late April, the Center for Strategic and International Studies (CSIS) published a study, one of the conclusions of which is: "Joint operations can reduce the participation and reduce the risks for the US military, as well as to share the financial costs. The riskiness of joint operations is the division of responsibility and the difference of interests and goals, which can lead to civilian casualties, damage to civilian infrastructure, violation of human rights or legislation of one country. ”

In order to avoid such “troubles”, exercises are held with the participation not only of the national armed forces of the countries of Europe, but also of the Americans. The question arises: in which case are the Americans planning to take part in hostilities in, say, the Baltic states (and these three countries are almost the key destination of rotations)? There is only one “aggressor” near Estonia, Latvia and Lithuania, and for the sake of it the entire system with the transfers has been invented.

At the beginning of the summer in European countries, the hot season of the US and NATO exercises traditionally begins. This year the season will open the large-scale Saber Strike 18 exercises in the Baltic Sea, and against their background, everyone will again start talking about the dedication with which America’s little friends are ready to defend themselves against Russia.

And forget about the fact that at that time some other US helicopters change. At least, Americans really want not to give it publicity. And rightly so, there is nothing to be proud of.

Ctrl Enter
Noticed oshЫbku Highlight text and press. Ctrl + Enter
We are
A great interview with Sergey Lavrov: about Ukraine, Obama and IranWhat you didn't want to know about England
Military Reviewin Yandex News
Military Reviewin Google News
8 comments
Information
Dear reader, to leave comments on the publication, you must sign in.