11 May 2018
248
The Syrian complex “Pantsir-C1” could not repel the impact of the Israeli Spike missile, since it is not suitable for the destruction of such missiles, the opinion of Russian expert Konstantin Makienko is cited. 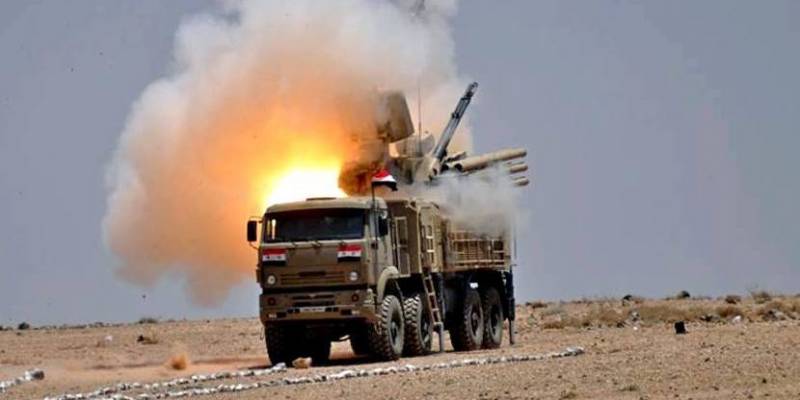 On Thursday, the Israeli Defense Ministry published a video of the destruction of a Spike NLOS missile of the C-1 armor complex during a recent Israeli attack on Syria.

- said the expert. At the same time, the expert, apparently, did not have time to get acquainted with the video, which indicates that the ZRPK was not even in combat readiness.

In the course of the Israeli attack on the positions of the Syrian army at the foot of the Golan Heights, obviously, not only aviation. Most likely, Israeli-made Pereh self-propelled guns were also involved. They are just equipped with Spike NLOS missiles. The flight range of Spikes is up to 25 km. The village of Khan-Arnaba, near which the "Shell" was destroyed, is located on the border with the Golan Heights. That is, an Israeli self-propelled gun could well "cover" the Syrian complex.

It is also impossible to exclude an option in which the complex was not alerted. Perhaps there was no crew at that moment either. At a sudden approach of the rocket, the complex could not repel the attack

- suggested the ex-commander of the 4-th Air Force Air Force and Air Defense Valery Gorbenko. Namely, this is confirmed by the Israeli video.

This option was previously considered by the Russian media. It was noted that the video frames are clearly visible, as the Syrian officer runs to the car and runs up just in time for the approach of the rocket.

In addition, the Israeli Defense Ministry reported the destruction of Buk-М1-2, С-200 and С-75 anti-aircraft complexes during strikes.

The press service said that the attack was a response to the attempts of Syria to shoot down Israeli planes.