Damage to SAA armored vehicles in battles with Ishilovites for Yarmouk. Ribs in action

10 May 2018
72
In social networks are published photos of the consequences of the fighting for the units of the Syrian government army near Yarmouk. This is the last stronghold of ISIL terrorists (* banned in the Russian Federation) in the south of the country, which, with several neighboring cities, has already been partially liberated from militants. Syrian troops are preparing a decisive offensive, creating a strike armor of armored vehicles and pre-launching artillery strikes on the centers of activity of the Igilovs.


On Twitter, an image of the Shilka self-propelled anti-aircraft gun appeared, which the CAA used directly for firing in urban areas controlled by terrorists. As can be seen in the photo, “Shilka”, which has additional protective reinforcement, received serious damage. Ammunition literally ripped trim. According to some reports, the crew was injured, but there is no threat to the lives of CAA fighters in the ZSU. 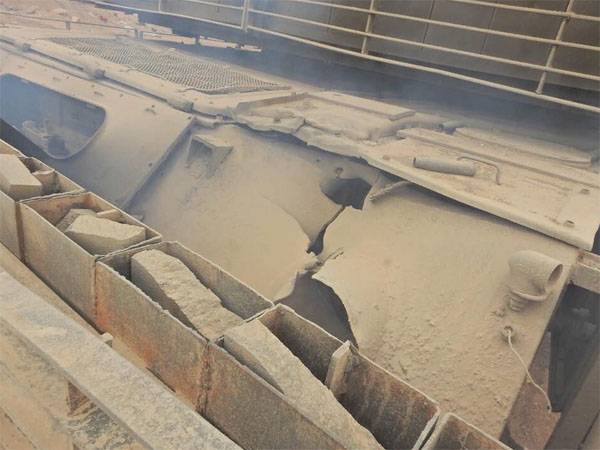 SAA in Yarmuk (south of Damascus): 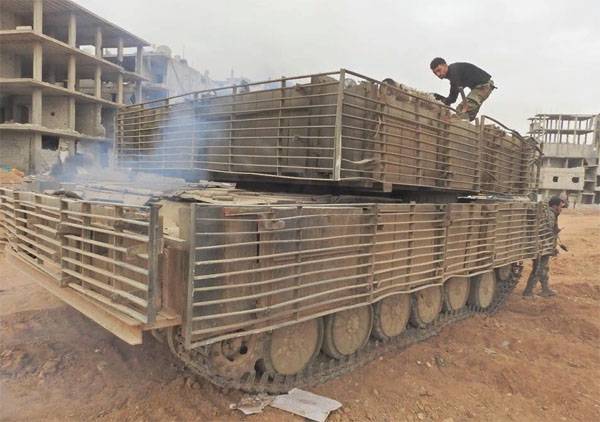 At the moment, the tactics of the Syrian troops are as follows: several tanks and ZSU "Shilka" are included in areas controlled by Ishilovites. Carrying out fire on the identified positions of the terrorists, they are in fact not allowed to raise their heads to the militants, and at best they are left without this head. 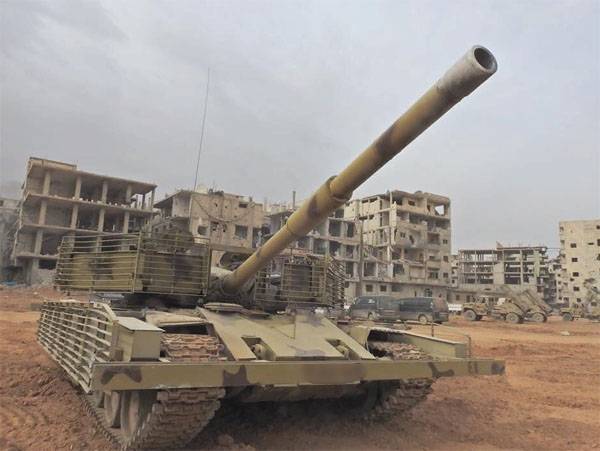 When the ammunition unit comes to an end, the group of armored vehicles of the CAA changes, and the group that comes "on rotation" does not expect the departure of the first group, but comes close to the occupied ones of that position. Ultimately, this allows you to clear the path of the approach for the CAA infantry, which is engaged in stripping in those quarters where armored vehicles have already worked. To avoid "extra" casualties, the UAV camera removes the situation from above, transferring the "picture" in real time to the headquarters of the operation, from where the coordination of actions of infantry and armored vehicles comes. Thus, the quarter for the quarters in Yarmuk and its surroundings is being promoted.

At the moment, igilovtsev virtually no opportunity to regroup. It is not possible to replenish their caches with ammunition, including BP for anti-tank weapons, which are available in limited quantities.

The CAA is attempting to cut all escape routes in a southerly direction towards the border with Israel. Militants, as is well known, have often used the border factor in the past, hoping that the stunned CAA projectile will fly over their heads and be in the territory that Israel considers its own. In such situations, the IDF units usually respond by firing on the positions of the Syrian troops. 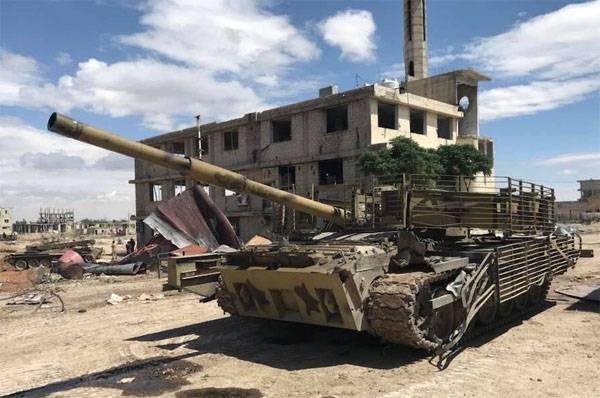 Here you can see how the Igilovsky ammunition turned around part of the protective armature of the CAA armored vehicles, however it was an additional protective body kit that left the armored vehicle on the move. As the servicemen themselves say, if it were not for the metal "ribs" that are welded by the army technicians themselves, then there would be much more losses in the equipment and manpower in the city blocks.