17 May 2018
102
After a successful debut in the Russian civilian market weapons “Saygi MK” and “automatic” execution of “Saygi-410”, the theme of conversion of army “shooting” was enthusiastically picked up by Russian gunsmiths. This trend is developing in two directions: the creation of initially civilian weapons based on army models (Saiga MK, Tiger) and the fencing of military weapons by eliminating the automatic fire function and (or) installing ballistic tags in the barrel (VPO - 136, OP SCS, KO-44). It was the latter direction that led to the appearance of such “monsters” as “hunting carbines” based on the “DP” and “Maxim” machine guns in gun shops. 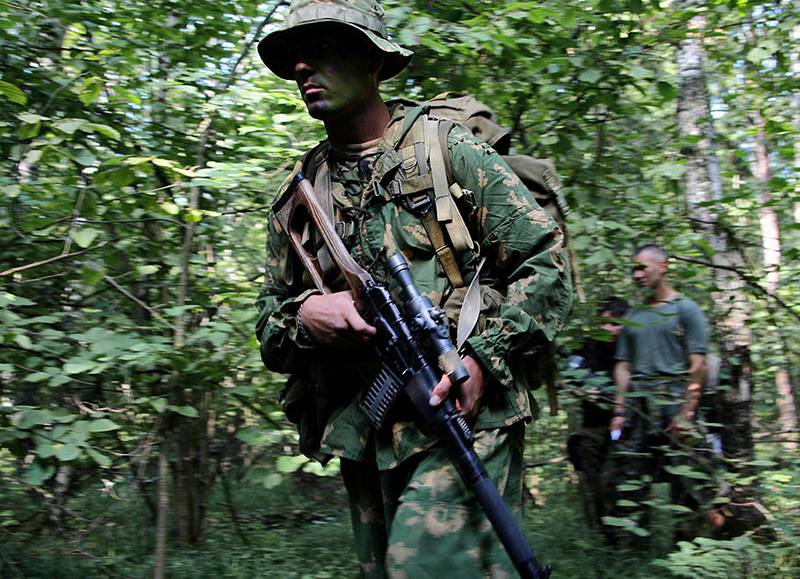 The time has come to the legendary VSS (sniper rifle special) "Vintorez".

Recall that the AU / VSS silent weapon system created by Soviet gunsmiths at the end of 80, in the opinion of many experts, is close to the ideal of special forces weapons and enjoys well-deserved respect both in Russian law enforcement agencies and abroad.

The first combat use of weapons took place in Afghanistan. However, two Chechen wars brought world-wide fame to this weapon. 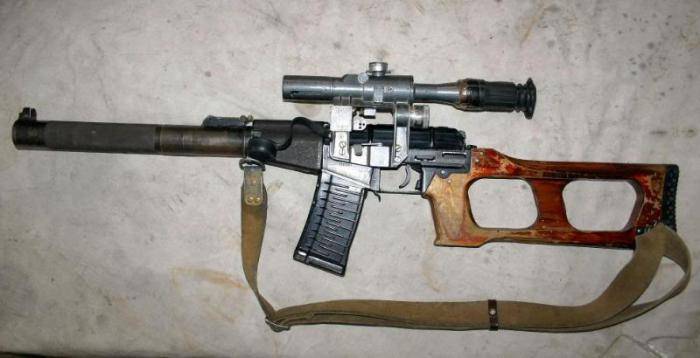 This is how the use of "Vintorez" and "Shafts" during the street fighting in Grozny was described by a soldier of the 45 Special Forces Airborne Regiment (now a brigade):

“The whole day after the quarter that was to be cleaned, we observed, tracking every smallest detail. At night, they began to act. The sappers were the first to advance: they removed, if there were, Chechen stretch marks and installed their own ones, blocking the possible ways of retreat for Dudaev and the reinforcements approach. Then the group quietly seeped into the building, most often through some "non-standard" hole, like a break in the wall. For some time they calmed down, trying to determine the location of the militants in the house by the sounds, then quietly began to move, destroying the "spirits" with the help of silent weapons.

The “Vintorez” rifle, the “Val” machine gun and the PSS pistol — the whole silent complex showed themselves perfectly. Dudayev residents, as a rule, did not understand what was going on - people fell, communication was lost. Most of the time, the case was limited to a silent weapon. ”

Another participant in the events of this period told how, during a short-range fire contact, a reconnaissance fighter armed with AS “Val”, suddenly confronted with a column of insurgents, managed to neutralize five militants, including the head patrol, before Dudayev’s soldiers realized that they were fired upon.

And now, all citizens who wish, without any medical or legal contraindications, can get almost a real Vintorez.

The Russian company Molot-Arms offered the civilian model “Vintoreza” in three calibers as much: in the “smooth” 366ТКМ, in the 7.62х39, and in the “regular” 9х39.

And in April, the official site of one of the most popular weapons store in the metropolitan region reported on the sale of the Vintorez KO (hunting carbine) (9х39) manufactured by the Tula Arms Plant.

It is necessary to clarify that, unlike its combat prototype, which externally looks like two-drops of Vintorez, it is deprived of its main function - flameless and silent shooting. Pipe "silencer" performs a purely decorative function. KO also received a longer (410mm, instead of 200 mm) barrel without perforation, changes in USM, and some other differences.

Of course, in the civilian version not subsonic SP-5 and SP-6 special cartridges are used, as in combat samples, but hunting cartridges 9x39, released at the Klimovsk cartridge factory, with a shell bullet with a lead core. Their initial speed is about 500 m / s. 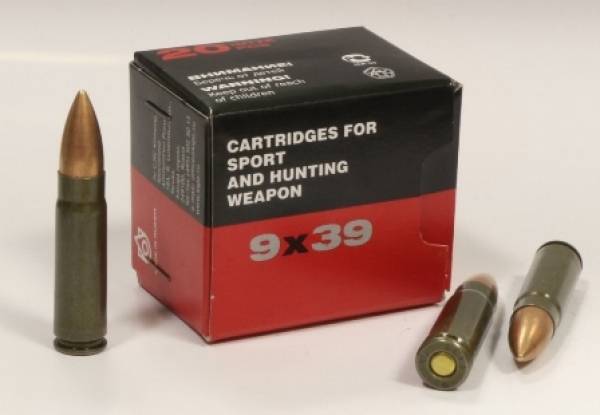 It is clear that this weapon is primarily aimed at collectors, fans of “postrelushki”, combined with military reconstruction, not constrained in funds (the cost of a carbine more than 130 000 rubles, and one cartridge - 70 rubles).

However, its ability to use in hunting is interesting. A hypothetically heavy bullet weighing in 18,5 grams can be successfully used on a forest hunt on an average and large beast. Especially if the release of expansive and semi-shell bullets will be adjusted. Distances of such hunts rarely exceed 100 meters, in which the “steepness” of the trajectory does not really matter.

Note that the niche "forest cartridge" is 9x53, under which the Saiga carbine is produced. However, due to his “narrow specialization” he did not receive wide distribution. And hunters prefer the more versatile 7,62x54, 308, 30-06.

Based on this, it can be assumed that the new cartridge is unlikely to become popular among hunters.

Most likely, due to its price and narrow “specialization”, KO Vintorez will hardly become a bestseller of the Russian arms market and will be in demand only in a relatively small circle of connoisseurs and collectors.

Ctrl Enter
Noticed oshЫbku Highlight text and press. Ctrl + Enter
We are
What is good for a Russian is death for a GermanWhat should be a modern sniper (part of 1)
Military Reviewin Yandex News
Military Reviewin Google News
102 comments
Information
Dear reader, to leave comments on the publication, you must sign in.