Russia is pro-Western: the reality of tomorrow

11 May 2018
73
The Soviet Union began the 1980's. and the modern Russian Federation. What do they have in common? In the same way as a dying USSR, today's Russia is trying to find a way out of the socio-economic impasse. Putin in the West is compared to Brezhnev and they are waiting for the “decrepit regime” to collapse. After that, Russia will instantly become a pro-Western country! This is only a matter of time, according to foreign experts. And they add: after February 1917 of the year and after August of 1991, the “third pro-Western turn” will finally take place in Russia. Where such confidence? 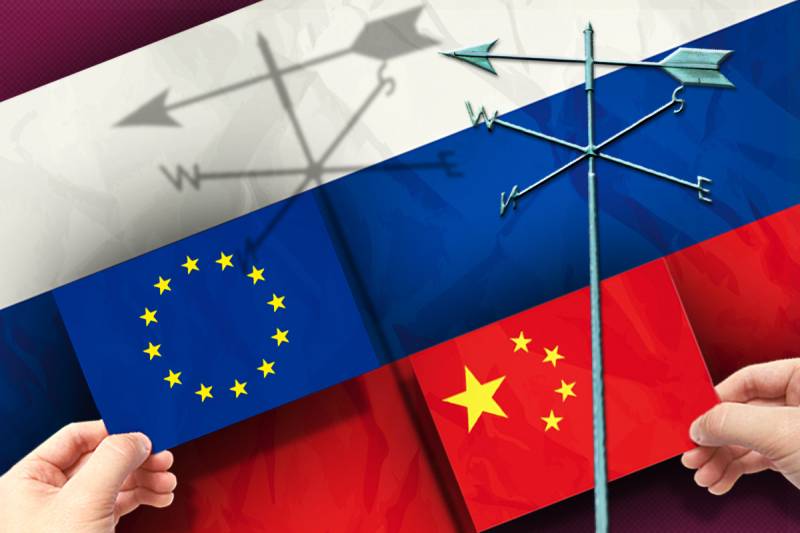 Some compare Vladimir Putin with Joseph Stalin. But is it legitimate? Experts believe not. For example, a former diplomat, publicist Vladimir Fedorovsky (a Frenchman of Russian origin) believes that Putin is "a mixture of Brezhnev and Khrushchev." He said this in an interview "Le Figaro".

As a basis for comparison, the writer cited the following arguments.

Like the current Putin, Khrushchev "ruled" the state through slogans. For example, his slogan “In twenty years we will overtake the United States!”

Putin behaves the same way. The other day, he outlined another ambitious course of the government, expressing it in a number of decrees. One of such decrees even established that Russia, before the end of Putin’s last term, will occupy a place in the top five world powers.

It looks like Putin and Brezhnev. Especially great is the similarity in the selection of both Kremlin cadres. Like Brezhnev, Putin puts people near him who he has been working with for a long time. And this approach works against Putin: the expert is convinced that it is extremely difficult for Putin to update political cadres - preference is simply given in the same way. The publicist calls this state of affairs "the plague of continuity."

Preservation as Prime Minister Dmitry Medvedev emphasizes Putin’s reluctance to take the path of reform. After all, the new old Prime Minister Medvedev fell heavily in the eyes of the Russians.

Finally, the executive branch in Russia, Fedorovsky believes, does not see how the collapse of oil prices weakened the economy in the country. Yes, and foreign policy, despite the "startling statements", remains a problem for the interests of Russia.

As for Stalin, there’s little in common: Stalin’s president borrowed only craving for symbolism and rhetoric in the national spirit.

How can Russia get out of the socio-economic impasse, which is being repeated by Western experts?

This question was answered in Germany. Russia will be pro-Western. These are the Russian perspectives, says Andreas Umland, the author of a large amount of analytical material published in the influential German newspaper. «Die Welt».

The material is called “Will Russia become pro-Western (prowestlich) after Putin?” And the author is convinced: he will!

Andreas Umland is the editor of the book series Soviet and Post-Soviet Politics and Society (published in Stuttgart), a researcher at the Institute for Euro-Atlantic Cooperation (Kiev).

The main message of his new article is the following: The West should already be prepared “by the end of the Putin era”. For this, Russia should offer “a concrete plan of gradual Western integration” (“einen konkreten Plan für eine schrittweise Westintegration ihres Landes anbietet”).

There are many differences between the Soviet Union at the beginning of the 1980s and the modern Russian Federation. However, the Soviet state, which was on the verge of collapse, and the current Russian state have similarities. They are similar in that the “Putin regime” is maneuvering, like the “outgoing USSR”, in a “socio-economic impasse”.

The communist leadership in Moscow was unable to reform the Soviet economy at one time, and Putin, from 1999, "created in Russia a kind of corporate-kleptocratic order," Umland believes. This “pseudo-democratic regime” of it, like the Soviet system, is not “viable,” and therefore “doomed.” This is only "a matter of time when the Putin system collapses," the publicist is sure.

Further, he discusses the future of Russia. Everything is very clear to him here: ultimately, the analyst writes, “Russia's future can only be linked to its gradual integration into Western economic and security structures”.

There is no “Asian alternative” to the European integration project for Moscow, the author believes. He recognizes the union with China as “unequal”, calling it a “fragile axis.”

In addition, today's Russia is "too weak to form an independent pole in a multipolar world."

“Like Putin's kleptocracy, his Eurasian Economic Union is a temporary entity. Russia is a part of Europe, not a mythological Eurasia. ”

The West missed the moment of the collapse of the Soviet Union, but the West must “prepare in advance” for the coming “collapse of the Russian regime,” the author concludes. After February 1917 of the year and after August of 1991, this will be “the third pro-Western turn of Moscow”.

A turnaround is inevitable, and the West should "develop a detailed action plan in the event of this new attempt at Europeanization." Already today it is possible to launch the “integration vision” project for Russia.

This time everything will be simpler: there is already a practical scheme that the West can apply to “post-imperial Russia”: this is the policy of unification and integration of Brussels with the post-Soviet states of the EU’s Eastern Partnership.

And here is the specifics from Herr Umland: Russia, like Ukraine or Georgia, needs to propose an action plan to liberalize the visa regime in the Schengen zone, deepen the free trade zone with the EU and gradually join NATO. So Brussels will not only restore the format of cooperation with Moscow that took place before 2014 (G8 meetings, the Russia-EU summit, negotiations on membership in the OECD, Partnership for Peace, etc.), but also allow Russians after implementation of a detailed action plan for visa liberalization; free movement in Europe.

The strong EU partnership agreements with the Republic of Moldova, Ukraine and Georgia, as well as the Economic and Trade Agreement between the EU and Canada (CETA) can serve as models for creating a free trade zone from Vancouver to Vladivostok, the expert is convinced.

Along with the promise of membership of Ukraine and Georgia in 2008, NATO can offer Russia a prospect of future membership and joint implementation of the action plan. Similar proposals can be made to Belarus and Armenia, the author continues.

The goal of the comprehensive proposal is “to show the Russians that their country has a life after Putin, outside the empire and in Europe”.

In exchange, Russia must abandon its “foreign policy adventures” (in Syria and other places). Moscow should withdraw its troops from the Republic of Moldova, Georgia and Ukraine.

The Russian Federation, summarizes Umland, will become “part of the West”, including part of a free trade zone with the EU.

Re-election and inauguration of Putin, oddly enough, did not give European experts a reason for pessimism. On the contrary, powerful optimism infused itself in the hearts of other thinkers (almost according to Trotsky, who in his youth was talking about absolute optimism).

Apparently, the European faith in the western future of Russia is connected with the fact that the “Putin regime” does not last forever, and the current president has gone on his last term.

A. Umland, like some other experts, does not admit that Putin can preserve the system by naming his successor in 2024. “The days of Putin and his fragile political system are numbered anyway,” the expert says. But a similar scenario (with a successor) has been circled in Russia more than once: the Yeltsin-Putin-Medvedev-Putin line is historical by the fact. Apparently, for the West this does not bode well; a line with a successor to European plans does not hurt. Yes, in 2024, Russians following a course of stability, can again choose presidential medvedevBut the West has long hoped for the pro-Western course of this politician inclined to reform.

Preservation of the course does not seem to experts possible only because the Brezhnev stagnation, along with generous help to the fraternal countries, economically ruined the USSR at the time. It is in economic issues that western experts see a chance for the transformation of Russia, on its new, pro-Western course.

However, not new. After all, this course was known in 1917 and 1991. Now Europe is waiting for the continuation of the banquet. The only question is who will lay the table.

Ctrl Enter
Noticed oshЫbku Highlight text and press. Ctrl + Enter
We are
Situational analysis of the death of the MH17 flight (Malaysian Boeing 777), made on the basis of engineering analysis from 15.08.2014Results of the week. "God forbid to see Russian revolt, senseless and merciless!"
Military Reviewin Yandex News
Military Reviewin Google News
73 comments
Information
Dear reader, to leave comments on the publication, you must sign in.