10 May 2018
304
Baku is ready for negotiations on the settlement of the Karabakh conflict, but calls on the new political leadership of Armenia "not to repeat the mistakes of their predecessors," reports RIA News statement by the representative of the Ministry of Foreign Affairs of the Republic Hikmet Hajiyev. 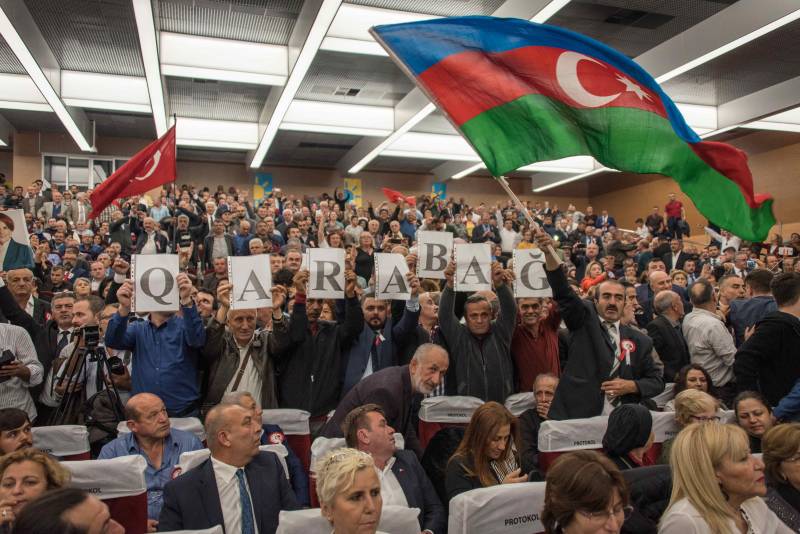 On May 8, the Armenian parliament elected Nikolai Pashinyan as prime minister. Before his election, he declared his readiness to negotiate with Azerbaijan on the settlement of the Karabakh conflict, but on condition that representatives of the Nagorny Karabakh Republic itself take part in them.

We still hope that the new political leadership of Armenia will not repeat the mistakes of its predecessors, will pursue a healthy policy and will try to create civilized relations for peaceful coexistence with its neighbors,
said Hajiyev.

According to him, “the settlement of the conflict will serve to ensure lasting peace and security in the region, creating opportunities for multilateral regional cooperation, which, first of all, will be used by the Armenian people.”

So the ball on the field of the Armenian side and you should not reinvent the wheel. Once again I want to stress that Azerbaijan is fully prepared for substantive negotiations mediated by the co-chairs of the OSCE Minsk Group on the basis of the existing agenda for the earliest possible resolution of the conflict,
stressed the representative of the Ministry.

Recall, negotiations on the peaceful settlement of the conflict in the framework of the OSCE Minsk Group have been conducted since 1992. No major decisions have yet been taken.