What will lead the US exit from the deal with Iran? The expert told

10 May 2018
54
The situation in the Middle East will become even more dangerous after the US’s withdrawal from the agreement on the Iranian atom, RIA News opinion of an expert on Iran under the Atlantic Council Barbara Slavin. 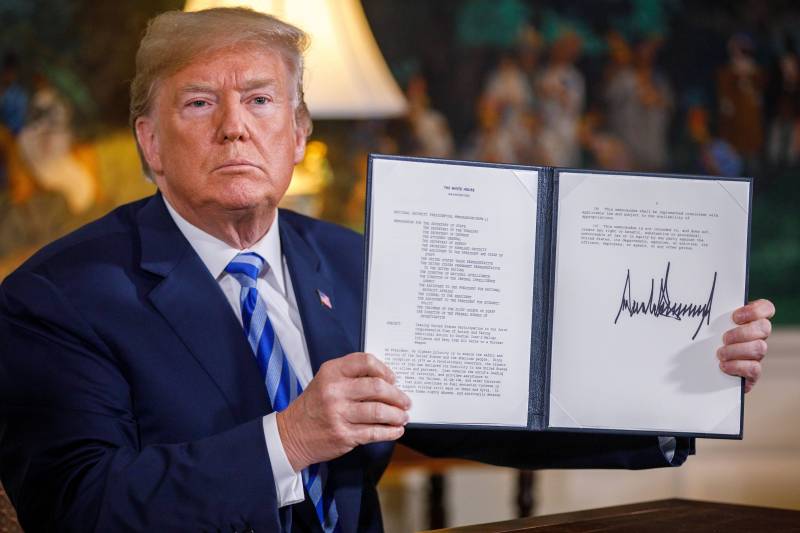 The Middle East will definitely become even more dangerous. Russia will have to work hard to prevent the war between Iran and Israel in Syria,
Slavin told the agency.

Recall, on Tuesday, Trump announced that the US is withdrawing from the agreement on the Iranian nuclear program reached by the six international mediators (Russia, USA, Britain, China, France, Germany) and Tehran in 2015, and restore all previously canceled sanctions. As a result, American allies — France, the Federal Republic of Germany, and Britain — are at risk of being sanctioned, who have already stated that they do not intend to withdraw from the deal. Companies that will continue to do business with Tehran may be cut off from the US financial system.

I think it is very important for other participants of the FIDD (Joint Comprehensive Action Plan) to stick to the deal and oppose secondary US sanctions, which have dubious international legitimacy,
said the expert.

According to her, “Trump’s decision will increase tensions with the EU and jeopardize future cooperation on Iran and other issues.”

Trump also announced that Washington plans to work with its allies to find "a real, comprehensive, and durable solution to the Iranian nuclear threat."

There is no other deal at the moment, nor will there be. Trump is an expert on undermining international agreements that have been difficult to achieve. This includes the Paris Agreement (on climate), and the Transpacific Partnership, and so on. At the same time, he did not contribute anything in return,
noted Slavin.