At the request of Trump. Kim Jong-un released convicted Americans

10 May 2018
27
The head of the DPRK, Kim Jong-un, at the request of the President of the United States ordered to pardon and release the three Americans who were in prison, reports RIA News. 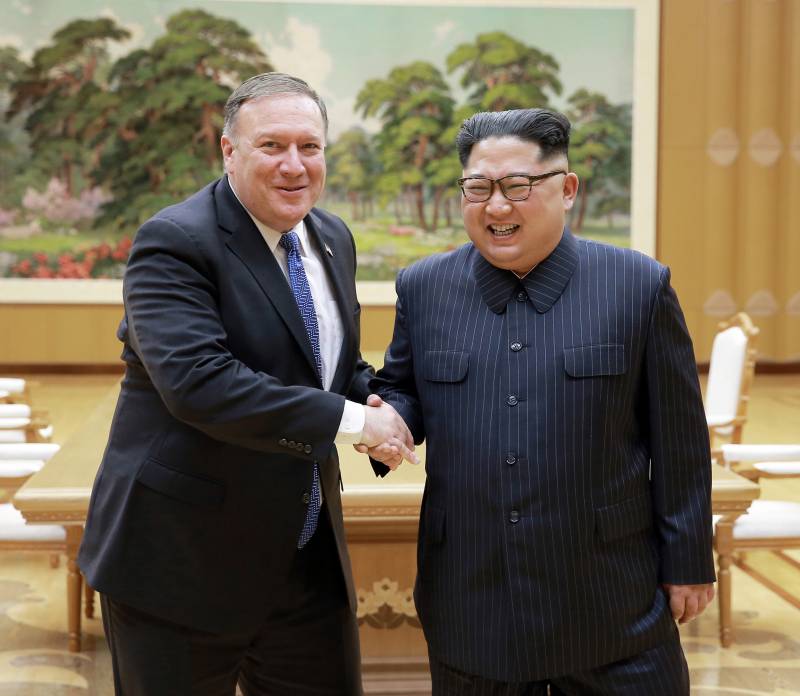 According to the TTLA report, Kim Jong-un "accepted a formal offer from the US president to release the detained Americans and ordered them to be pardoned for returning to their homeland."

According to the agency, during the visit, Pompeo also conveyed a certain “verbal message” to the North Korean leader, but its content was not disclosed to the CTAA. It is noted that Kim Jong-un praised the fact that Donald Trump "showed great interest in resolving the issue through dialogue."

The US President intends to meet with the head of the DPRK in May or early June.

The release of Americans from custody during a telephone conversation was already welcomed by the leaders of South Korea and the United States. Donald Trump expressed his gratitude to Kim Jong-un and said that he would soon meet with former prisoners.

Ctrl Enter
Noticed oshЫbku Highlight text and press. Ctrl + Enter
We are
Peace, friendship, chewing gum ... Mike Pompeo again in the DPRKAssange: in the United States is a war against freedom of speech
Military Reviewin Yandex News
Military Reviewin Google News
27 comments
Information
Dear reader, to leave comments on the publication, you must sign in.