Clear system. In Lugansk passed the Victory Parade and the procession of the "Immortal Regiment"

9 May 2018
38
More than 1, thousand servicemen of the people's militia and power structures of the proclaimed Luhansk People's Republic (LNR), as well as 56 units of military equipment took part in the Victory Parade in Lugansk. About this on Wednesday, the agency Luganskinformtsentr reported in the press service of the people's police. 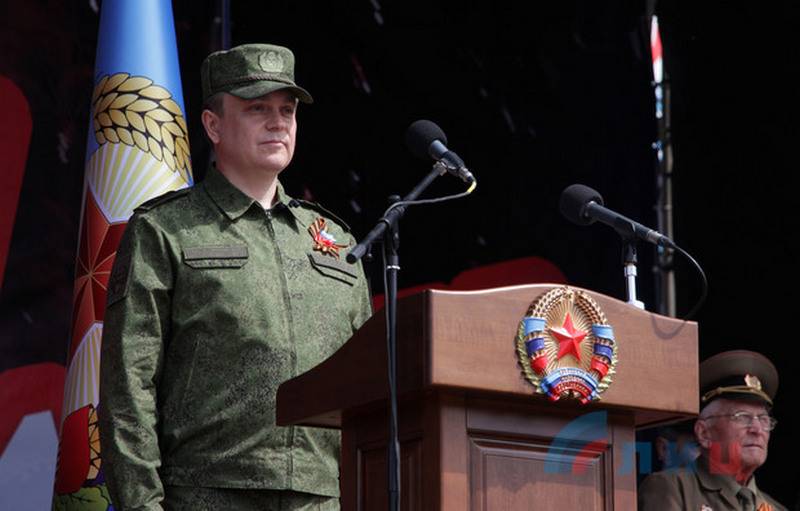 The military parade was received by the Supreme Commander, Acting Head of the Republic Leonid Pasechnik, commanded the parade by the commander of the operational-tactical association of the LC of the Colonel Jan Leschenko.

The parade was attended by servicemen and law enforcement officers of the LPR, MES, Cadets.

At the end of the parade on Theater Square, the procession of the "Immortal Regiment" began, the participants of which carry portraits of loved ones who defended their homeland during the Great Patriotic War and during the Kiev aggression in the Donbass.

Ctrl Enter
Noticed oshЫbku Highlight text and press. Ctrl + Enter
We are
Summary of the week from voenkor Mag about events in the DNI and LC 21.04.18 - 27.04.18Summary of events in the DPR and LPR for 14.04.18 - 20.04.18 from the military commissar "Mag"
Military Reviewin Yandex News
Military Reviewin Google News
38 comments
Information
Dear reader, to leave comments on the publication, you must sign in.