Case sew ... Prosecutor's Office of Ukraine accused the Russian border guards in the seizure of the vessel

8 May 2018
54
The prosecutor's office of the Autonomous Republic of Crimea, located in Kiev, opened a criminal case in connection with the detention by the employees of the Crimean Border Directorate of the FSB of the Ukrainian fishing vessel YAMK-0041 in the Black Sea, according to the website of the prosecutor's office 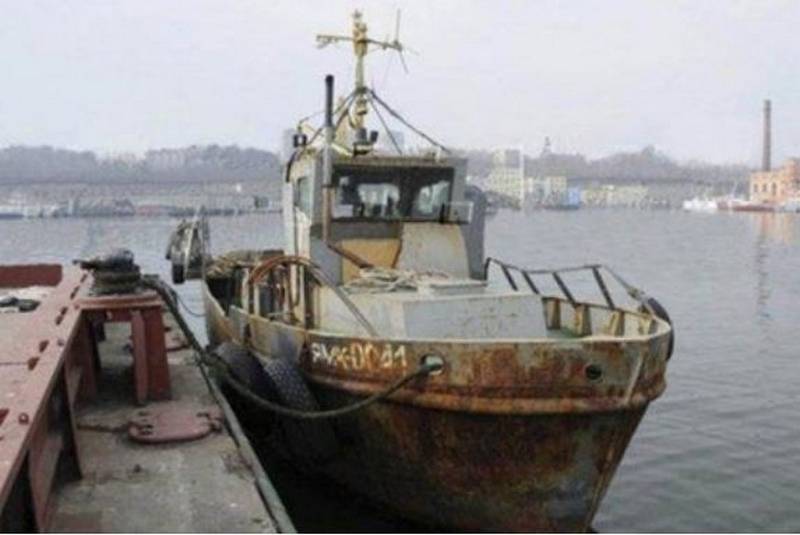 Procedural guidance is being exercised in criminal proceedings on the facts of the unlawful deprivation of liberty of the crew members of the fishing vessel "YAMK-0041" by prior agreement by a group of persons, using weapons and the threat of violence, as well as the seizure of the said vessel by representatives of illegally created bodies in the temporarily occupied territory of the Crimea peninsula
- the report says.

Preliminary legal qualification of criminal offenses is part 2 of article 146 (“Unlawful deprivation of liberty or abduction of a person”) and part 2 of article 278 (“Hijacking or seizure of railway vehicles, air, sea or river vessel”) of the Criminal Code of Ukraine, clarified in the department. In fact what happened is carried out pre-trial investigation.

Employees of the Crimean Border Department of the FSB 3 in May detained the fishing vessel YAMK-0041 under the flag of Ukraine, which illegally harvested flounder west of Tarkhankut Cape in the exclusive economic zone of Russia. Several kilometers of nets were withdrawn, five crew members were taken to Crimea. Kiev expressed a categorical protest and demanded the return of the ship.

Ctrl Enter
Noticed oshЫbku Highlight text and press. Ctrl + Enter
We are
Reports from the militia of New Russia for November 8 2014 of the yearResults of anti-terrorist work on Dagestan in April 2014
Military Reviewin Yandex News
Military Reviewin Google News
54 comments
Information
Dear reader, to leave comments on the publication, you must sign in.