8 May 2018
37
The Swiss Guard has changed the centuries-old tradition and refuses metal helmets, replacing them with plastic ones. The personal army of the Pope will put on the helmets printed on the 3D printer, reports "Warspot" with reference to The Telegraph newspaper 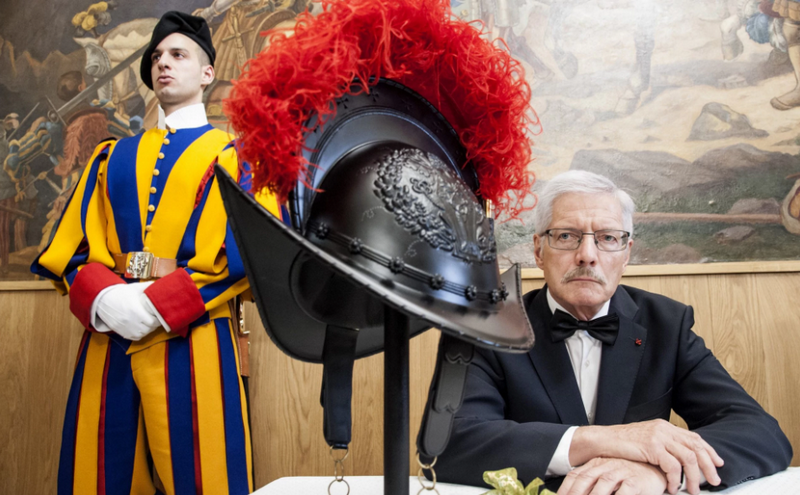 According to the commander of the guards Christophe Graf, new helmets will be more comfortable, since the plastic is resistant to ultraviolet radiation.

The infantry cohort of the Swiss Pope's Holy Guard, (lat. Cohors pedestris Helvetiorum a sacra custodia Pontificis) or the Swiss Guard, is the Vatican armed forces, as well as one of the oldest armies in the world to the present, and the smallest army on the planet.

The Swiss Guard was formed in 1506 and since then has been wearing the coat of arms of Pope Julius II (1503 – 1513) on the helmet. The traditional coat of arms will remain on the new plastic helmets - outwardly they will be exact copies of their metal predecessors, but their weight is much less, and the price of production is twice lower.