8 May 2018
187
The information about the crash of the Ka-52 Russian helicopter in Syria has been confirmed. The helicopter crashed the day before in the eastern part of the Syrian Arab Republic. This was reported in the press service of the Ministry of Defense of the Russian Federation.

Both pilots died. According to the latest information, their bodies were delivered to the Khmeimim airbase.

This information was published the night before at one of the air forums. However, it was soon removed from publication. 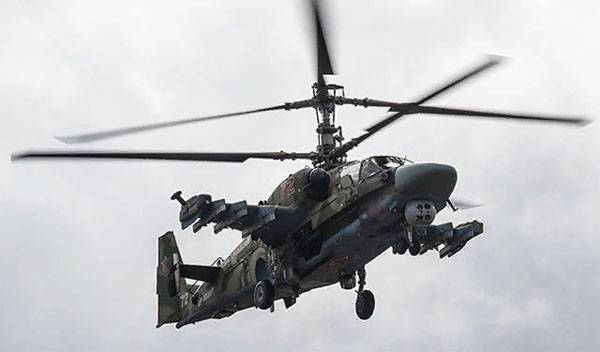 The official version of the collapse of the Ka-52 is a technical failure. From the message of the Ministry of Defense of the Russian Federation:
According to preliminary information, the cause of the incident could be a technical malfunction.

However edition "Kommersant" writes that the helicopter was shot down during a patrol in the east of the country, where the troops of the so-called American coalition and the militants supported by it take their positions. The material stated that the attack on the Ka-52 was carried out using MANPADS.