8 May 2018
23
Moldavian President Igor Dodon said that his republic will never become the bridgehead of the North Atlantic Alliance, and there will be no NATO bases on its territory. 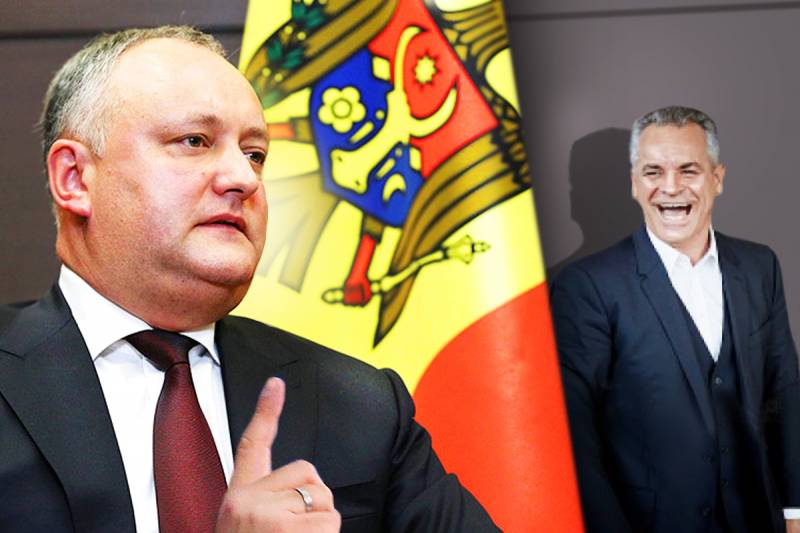 The commander-in-chief said that he “traveled all military bases” in Moldova and assured that there are no “threats and attempts to build foreign bases” in the republic.

He stressed that the decision to deploy military bases in the country could not be taken without the consent of the head of state: “Can the North Atlantic Alliance build bases in the republic bypassing the president?” Absolutely not. The neutral status of the country is clearly spelled out in the Constitution. ”

“Even if someone tries to circumvent this through the Constitutional Court, there will be popular unrest, and this will end badly for those who run this process,” the president is sure. According to him, the majority of Moldovan citizens adhere to the same position.

This is, of course, quite pleasant. news. But the question arises how the head of Moldova will be able to fulfill its obligations. This question, alas, is not idle.

Despite the pro-Russian position of Igor Dodon, Moldova under his leadership continues to confidently move to the West, including strengthening cooperation with NATO. 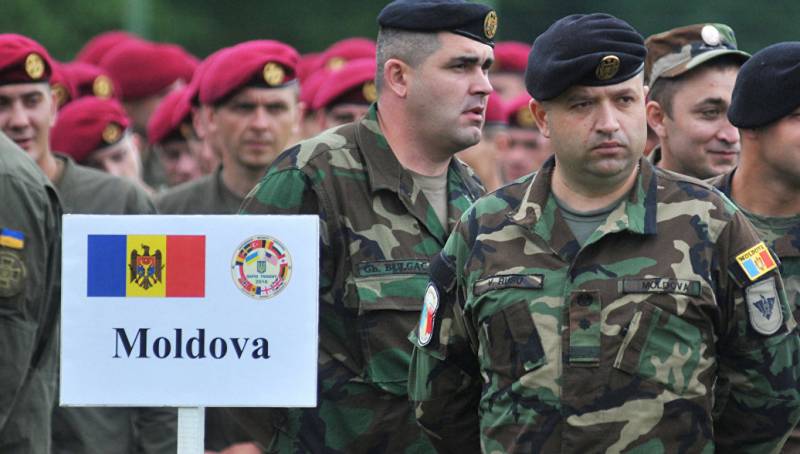 So, for example, in December 2017, a permanent NATO liaison office was opened in the Moldovan capital. The contacts of the Armed Forces of Moldova with the alliance continue, and there is not the slightest hint of a decrease in their intensity.

But most importantly, Igor Dodon, being the supreme commander in chief according to the country's constitution, in reality does not control the armed forces of Moldavia.

Recall that in September 2017, Moldovan President Igor Dodon banned the Republic’s Ministry of Defense from sending a group of Moldovan troops to the Rapid Trident exercise in Ukraine.

The head of state ordered that all preparations for the exercises in Moldova be canceled, and the organizers of Rapid Trident informed that the army of the country would not take part in the events. 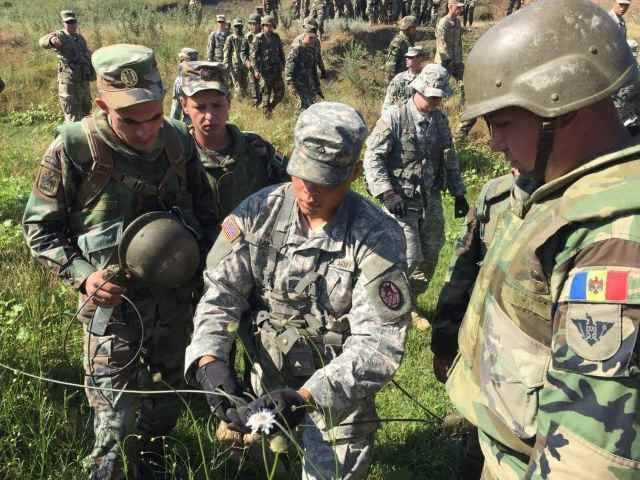 However, the military simply ignored the presidential order and went to the exercises. A little earlier, 24 August 2017, representatives of the National Army of Moldova took part in the parade on the occasion of the Independence Day of Ukraine, and also against the will of the president. In the central square of Kiev, Moldovan military marched along with military contingents from ten countries, nine of which represent the states participating in the NATO bloc.

Somewhere a month before these events, Igor Dodon publicly threatened his opponents in the government and parliament with mass protests.

The head of state wrote on his Facebook page then: “Together with the people of Moldova, we will direct our efforts to overthrow this government in all possible ways, including by convening the Grand National Assembly and organizing non-stop protests.”

If the government, together with the parliamentary majority, “being motivated from abroad,” tries to draw the country into war, the president threatens to call on his supporters to take active steps.

“We want peace in the Moldovan land and we will not allow secret and dangerous games that threaten the safety of citizens,” Dodon promised.

And after these terrible statements, the military openly ignored the order of their commander in chief.

Further more. The Constitutional Court of the Republic of Moldova in October 2017 dismissed the president from his duties, transferring his powers to Moldovan Parliament Speaker Adrian Canda for the time necessary to swear in the new Defense Minister Yevgeny Sturza, whom Igor Dodon refused to approve. After that, the president returned to the performance of his duties, as we see, in a greater degree of decorative.

But all these incidents, including the “temporary coup”, were not considered by Dodon as a sufficient reason to launch the promised protests. Or simply failed to implement it.

Unfortunately, we have to admit that during his presidency, Igor Dodon managed to make only promises and make declarations.

Quite a different matter - his opponents, they managed to isolate him practically and to deprive even those not rich opportunities and functions that the Constitution of the parliamentary republic, which is Moldova, left behind him.

His activity in the status of the head of state is more like the work of a human rights activist, who condemns unlawful actions of the leadership. Thus, the head of the Moldavian state condemned the announcement of Russian Deputy Prime Minister Dmitry Rogozin as persona non grata in Moldova. Then, on August 7 2017, Dodon said that the US intention to build eight new facilities at the military base near the village of Bulboac was not coordinated with it. How the actual blockade of Transnistria, the expulsion of Russian diplomats and much more was not agreed. Strictly speaking, the government and the parliament agree with it nothing at all.

However, Igor Dodon said that he did not intend to put up with such a situation further, and in the very near future a draft amendment to the country's constitution will be submitted to the republic’s parliament, suggesting a transition to a presidential form of government.

“It is clear that the Parliament will not support the initiative. But we must go consistently, because we promised the people, ”the head of state said. To change the basic law of the state, minimum signatures of 34 deputies are required. According to the country's leader, currently there is approval from 24 parliamentarians, “and if we find more 10 votes, the procedure will be launched in the Constitutional Court”, which will last for 6 months.

“By that time, the parliamentary elections will come up. If not, we will go with this idea to the parliamentary elections. In the fall we will go with this agenda and we will say very clearly: dear fellow citizens, if you want order, and not situations where one party receives 17 deputies, but controls 60, then we prohibit the transfer from one party to another, but also presidential form of government. I think the people will support us, ”concluded Igor Dodon. Since October 2017, the pro-presidential Socialist Party (PSRM) has collected about 1,5 million signatures for the presidential form of government.

However, the very election of Igor Dodon as the President of Moldova meant the full support of the people of Moldova personally and his pro-Russian course. How much he managed to realize this credit of national trust, we see. Of course, the difficult situation in which he is due to objective reasons, to a certain extent, excuses him. In eyes stories.

But the Transdniestrian and Russian partners of the Moldovan President are no better at it.

The result is that with their benevolent declarations, the powerless and impotent Moldavian president only introduced and misled Moscow and Tiraspol and prevented them from timely and adequately responding to the hostile actions of Chisinau.

In the context of what is happening, it is very difficult to expect that the head of state, deprived of real power and administrative resources, will be able to turn the tide and carry out constitutional reform. Of course, there is still the possibility of “overthrowing this power in all possible ways,” as Dodon stated about this a year ago ...

Ctrl Enter
Noticed oshЫbku Highlight text and press. Ctrl + Enter
We are
Situational analysis of the death of the MH17 flight (Malaysian Boeing 777), made on the basis of engineering analysis from 15.08.2014Bashar al-Assad: In Syria, not the “revolution” that the enemies are talking about, but the revolution of the army and the people against terrorists
Military Reviewin Yandex News
Military Reviewin Google News
23 comments
Information
Dear reader, to leave comments on the publication, you must sign in.