The assault on the mental "Reichstag" is still ahead

8 May 2018
80
Pessimistic arguments about the supposedly hopelessly lost young generations, which can no longer be guided on the right path, are nothing more than an attempt to justify their own incompetence and inaction in a business that is crucial for the future of the country. 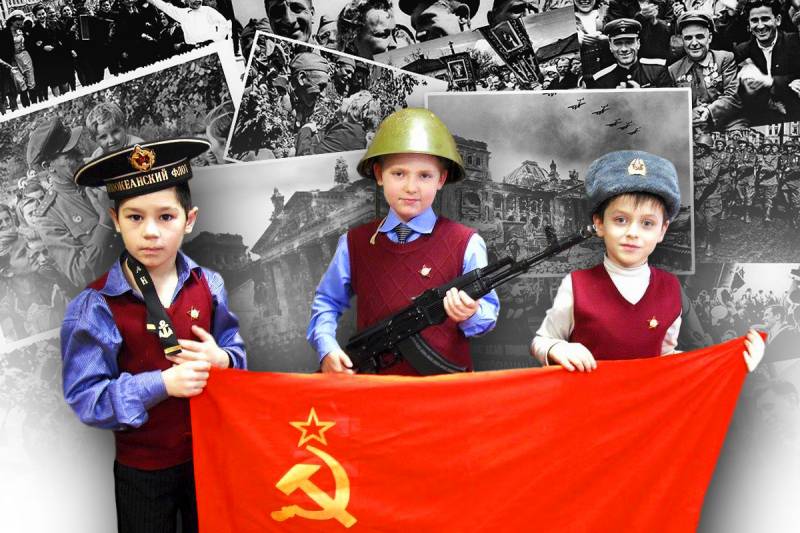 Today, destructive nihilism, which has mastered a significant part of our younger generation, is becoming a subject of growing concern for the patriotic and constructive part of society. Many consider this phenomenon unsafe for the future of our civilization, and some are completely convinced that the point of no return has already been passed, and it will only get worse.

But is it? Is the mass consciousness of a significant part of young people so hopelessly distorted that it is already impossible to fight against inhuman, antisocial and anti-state stereotypes? And it remains only to dutifully wait for the next Maidan with all the sad consequences arising from it ...

I think that is not entirely true. And with the state will and with the competent formulation of the case, all these seemingly insurmountable “Chinese walls”, protecting the so-called youth protest from the sane public discourse, can be quite easily brought down.

Confidence in this is given primarily by the striking feature of the current mass youth beliefs. This is their extreme primitivism and the same extreme vulnerability to any convincing criticism. This whole system of illusory views, as a rule, is built on the most simplified and therefore deliberately incorrect interpretations of various kinds of phenomena and facts surrounding, or historical of reality.

The youth, obviously spoiled by the lightness of the modern education system, above all by its lack of discretion in terms of the logic of reasoning and the rigor of the evidence base, willingly expose their ears to hang on them the most primitive noodles.

Then comes the turn of exactly the same, sharpened on a very simplified worldview, foreign mostly processing media of the mass consciousness. Which, on the basis of the so-called pluralism, that is, the complete incomprehensibility of modern textbooks of the humanities with their wild slogan: “Let the children figure out everything themselves!”, Embeds the necessary ideological implants into an almost virginal children's consciousness.

Accordingly, the fine tuning of the consciousness of the generations coming into life on a wave of statehood, the rule of law and fundamental moral principles should suggest, on the one hand, limiting the alien orienting influences on the emerging intellect, and on the other, significantly enhancing its internal resistance and even immunity to these influences. Including by radical revision in this context of school humanitarian programs.

If it is quite simple, then there can be no discrepancies regarding the most fundamental, basic concepts of social being in a morally healthy society. The sun always rises in the east, day is replaced at night, the family is the union of man and woman, Hitler Germany began the Second World War, and the Soviet Union played a decisive role in the victory over it. And so on and so forth. Yes, it can be called consensus. But an alternative to such unanimity is only the situation “who is in the forest, who is for firewood”, confusion and vacillation with the inevitable collapse in the final. And if we do not want such an end, we must take steps to ensure that our society as a whole considers black as black and white as white. No more, but no less! 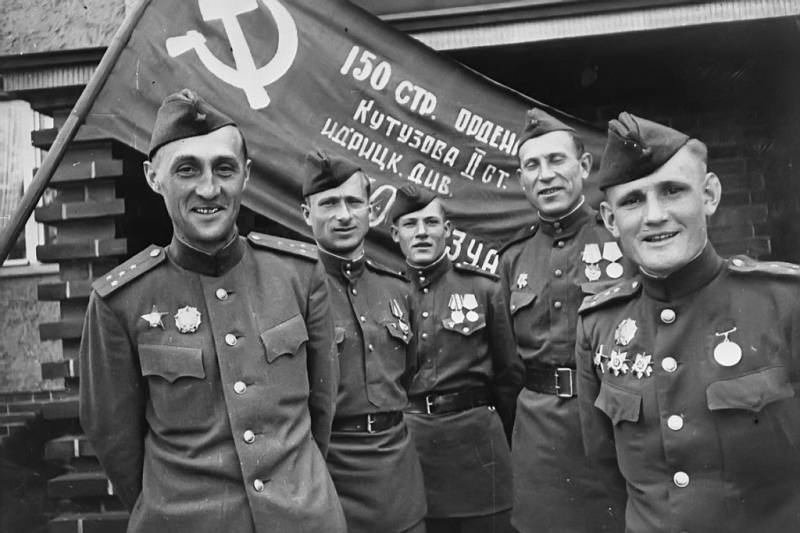 By the way, about the Second World War. A good topic is to illustrate the extreme primitivism of the so-called alternative versions of the facts and events of that period and the relative ease of their debunking.

Clip thinking of young individuals, as a rule, ardent fans of such alternative “concepts”, is a kind of simple set of multi-colored “Lego” cubes for beginners. Otherwise, as in the form of these primitive cubes, they simply do not perceive the reality of that era. And their way in the darkness of time is nothing other than balancing on a thin thread of surrogate knowledge over the abyss of absolute ignorance.

It is not easy to fight against the massive ignorance of such a fight. Because it rests only on the veil of fanaticism and on blind faith in some, even the most ridiculous, “instruction” packed in a colorful candy wrapper. One has only to break this veil and shake faith, as if from our "alternatively thinking", that is, not thinking at all, one memory will remain.

He only needs to look at the world with unbroken eyes and start thinking with his own head how everything will fall into place. But for this the state and society must create certain conditions. By itself, the young "intellectual", who draws his inspiration straight from the iPhone and also from birth, knows no doubt, is clearly not capable of such feats.

Take, for example, one of the most replicated and heavily hammered into the young brains of "historical episodes". This is the so-called “joint parade of Soviet and German troops” in Brest in the fall of 1939. Which is called upon to prove to inquisitive children in the simplest possible way that the USSR and Germany are equally guilty of unleashing World War II. Proof of which is, they say, their joint parade in honor of the victory over Poland.

You do not have to be a great academician of history to prove: we have before us a classic case of the most base lies. There was no joint Soviet-German military parade in Brest. The YouTube videos on this topic are an incoherent set of randomly edited newsreels, sometimes taken from completely different historical events, straining to impress on the audience that this is just a joint parade of German and Soviet troops. But to prove this in principle is impossible. Because this was not - from the word at all. The Germans staged their farewell parade before leaving the city, which, according to the plan for delimiting the parties, was transmitted to the Soviet side. And parts of the Red Army entered the city after the Germans left it and even moved along completely different streets. The presence at the German parade of the Soviet brigade commander S. Krivoshein, as a representative of the host city, is in full compliance with the military-diplomatic protocol and does not contain any other subtext. There were no Soviet troops at that moment.

That, in fact, is all that our schoolboy needs to clearly know about one of the most propagandistically offensive episodes of the Second World War. For which, however, one should not rely only on his home YouTube education, but right in the course of history lesson it’s essential and, if necessary, frame by frame, to disassemble these brevet videos and with the children to make sure that there is no “joint parade” of these freaked frames collect in principle impossible.

The same is true of a more global anti-Russian insinuation - about the "Stalin collusion with Hitler", which allegedly became the main cause of the world slaughter. The point is not that in order to prove the opposite, it is necessary to discover some sort of historical America. Nothing like! Everything has long been known and extremely chewed. Starting with the Munich betrayal of Czechoslovakia by the Western powers, which happened a year before the Polish events and which de facto and de jure opened Hitler the road to conquering the whole of Europe.

The same is true for the notorious Lend-Lease, which, thanks to the efforts of the same foreign propaganda, has been inflated to the scale of the “main factor” of our victory. Without which, they say, the orphaned and miserable Russians would never have defeated the Germans. Facts and arguments that convincingly prove the opposite, more than enough. Starting from the amount released by our industry tanks, aircraft and guns in comparison with the number of imported ones. And ending with the ratio of enemy divisions defeated by the Red Army with that of the Western Allies, which is many times inferior to ours. But all this should not gather dust in the chests. Especially at a time when the excessively advanced "exposers of the Soviet myth" were broadcasting from almost all water taps that America was always the winner and the champion, and we were no one, and Roosevelt lent us the storm of the Reich.

I repeat, the truth of the story. in principle, well known. And at the same time, such a paradox: carefully removed by someone to the farthest and dusty cabinet, away from our children. Which, instead of the harmonious and demonstrative logic of historical events, is presented with colorful western comics, where the whole history of the Second World War is distorted from the first to the last letter.

And if adult citizens do not ensure that their children have access primarily to sources of genuine historical information, then they should not be surprised that these children will call the Victory banner a “red rag” and regret very much that the wrong country the winner.

Much more can and should be told about that war to our beautifully-hearted children. Which is not so hopeless at all, as some people think. They just want to know everything. And those who will serve them faster in this sense will be held "into the ladies." Whoever feeds a girl, he dances her. Do we want to “dance” our youth? So, you need to finish lying on the stove and sigh about the fact that everything is already lost and lost. It's all nonsense! On our side, on the side of our civilization, the most important advantage is the truth of history, which convincingly testifies in our favor. Sin does not take advantage of such material Victory. And it is even more sinful to concede in this contest for young souls to those who build their history on lies, frauds and insolent denial of historical truth.

Ctrl Enter
Noticed oshЫbku Highlight text and press. Ctrl + Enter
We are
Situational analysis of the death of the MH17 flight (Malaysian Boeing 777), made on the basis of engineering analysis from 15.08.2014Results of the week. “In our cooperative, the board is always agreed”
Military Reviewin Yandex News
Military Reviewin Google News
80 comments
Information
Dear reader, to leave comments on the publication, you must sign in.