Who dares not support Medvedev's candidacy ...

7 May 2018
162
Deputies who are members of the Communist Party faction in the State Duma declare that a single party decision has been taken, according to which the candidature of Dmitry Medvedev for the chairmanship will not be supported. This was announced by deputy chairman of the faction in the lower house of the Russian parliament Nikolai Kolomeytsev.


According to representatives of the Communist Party of the Russian Federation, they decided to abandon the support of Dmitry Medvedev on the day of the speech in the State Duma.

Deputy Kolomeytsev:
We do not change the decision in two weeks.

MPs from the Communist Party of the Russian Federation note that the work of the government under the leadership of Dmitry Medvedev was negative.

Ivan Melnikov (deputy chairman of the State Duma, Communist Party faction):
For the time being, we can only talk about the evaluation of the work done by the government of the past. These estimates are very negative. 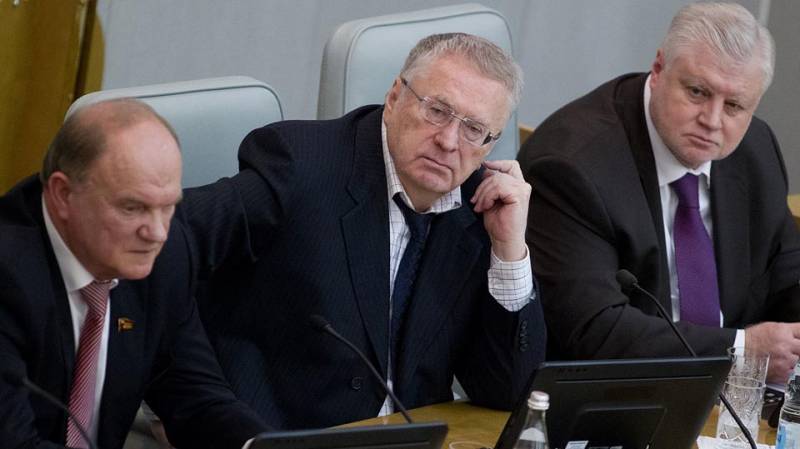 In the “Fair Russia” faction there is no consensus on Medvedev’s candidacy, but the “Social Revolutionaries” speak in one vein about the unintelligible actions of the Cabinet under the leadership of Dmitry Medvedev on the economic front.

But the LDPR faction will support Medvedev's candidacy. The press service of Vladimir Zhirinovsky quotes the party leader’s statement:
Today Medvedev is the most experienced official in our country. He was the head of the presidential administration, first deputy prime minister, president and head of government. He is the leader of the majority party. And he has a normal relationship with the president. They are a well-coordinated team, between them there is no internal confrontation and intrigue. This is costly in a situation where our country is under severe external pressure. Therefore, tomorrow in the State Duma the LDPR faction will support the candidacy of Dmitry Anatolyevich Medvedev.

Recall that, as part of the State Duma, United Russia has 339 portfolios, the Communist Party of the Russian Federation 42, the Liberal Democratic Party 40, and the CP CP 23. In this scenario, it can be stated that Medvedev will be supported as chairman of the government by a majority of deputy votes.