Same-sex education, or male teachers as an endangered species

8 May 2018
169
Russian President Vladimir Putin on the eve noted that one of the achievements of recent years was an increase in the level of wages of employees of state-financed organizations and institutions, as well as an increase in the level of authority of a modern teacher. In other words, in the current educational institutions in the country, students and teachers of teachers began to respect themselves because of their special status, according to the head of state. 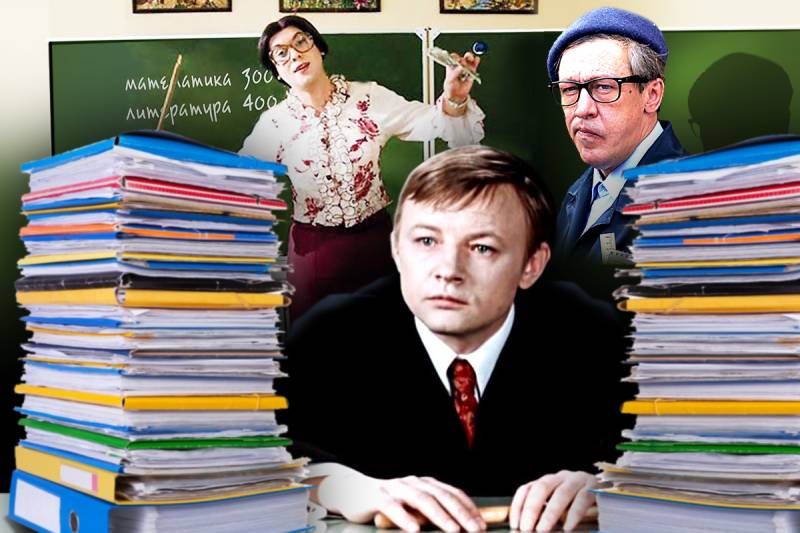 Can I agree with this? Well, at least it should be noted that the presidential statement is very controversial. After all, the authority of the teacher and the prestige of his work is a thing that depends not only on such a factor as “who is in the classroom at the school desks”. More than respectful students may sit at the desks, but it is unlikely that in the end this somehow adds the prestige of the pedagogical activity itself. The children perfectly see that the teacher, with all of them (for the most part) respect for him, is forced to devote at least as much time to paperwork as he does to communicate directly with the students. Children also feel that respect for the teacher on their part is not at all a guarantee of respect for him from various kinds of “monitoring” instances.

This problem continues to grow like a snowball. Teachers, forgive, howl from the fact that the reporting activity goes beyond the limits of adequacy. The amount of working time, which is determined, so to speak, officially, the teacher lacks catastrophically. Paperwork is no less catastrophically devouring both the learning process itself and, elementarily, the teacher’s personal time, which (perhaps the testing authorities have forgotten about it) is also an ordinary person, and after the working day it also has the right to rest.

In general, at the moment, the formula determining the parameters of pedagogical activity boils down to the following: the success of a teacher by supervising bodies is directly dependent on how good things are in his “on paper”. Papers govern the educational process, and therefore you can be at least three times a respected teacher by students, but this doesn’t bother the terry bureaucracy at all, especially if you have not recorded every teacher’s step on paper with a detailed report. There is a report, there is a completed form, there is that form, another form, in forms - everything is “beautiful” - then, as they say, you are welcome to the elite club of successful teachers, teachers of the year, “millennia”, “Universe”, etc. For everyone else - sorry ...

The profession itself is increasingly becoming openly feminine. Do not think that this is some kind of sexist lunge with respect to the fair sex. Not at all. Here it is different: most men simply do not see in themselves the potentials for “hypersensitivity” in order to “delight” endless checks with an innumerable number of waste paper on the work done. There are certainly exceptions, but the fact of the matter is that these are only exceptions.

If we compare over time periods, the last quarter century has become a time when there is a clear anti-record in the number of male teachers in Russia. There are no official statistics on these figures, but it is safe to say that men favor teaching activities less and less.

For example.
The open data on the new school in Voronezh (102-I) is the same one to which the residents of nearby high-rise buildings stood at night to record the child, warming themselves with hot tea and discussing why “it was my, not your, child who should go to this school”:
from 60 representatives of the teaching and administrative staff of men - 12. This is 20 percent.

And these are still significant figures of the “male presence”.

In other schools in the country, the percentage of male educators is often lower.

Here, for example, is a photograph from the site of the 25 school of Saratov. 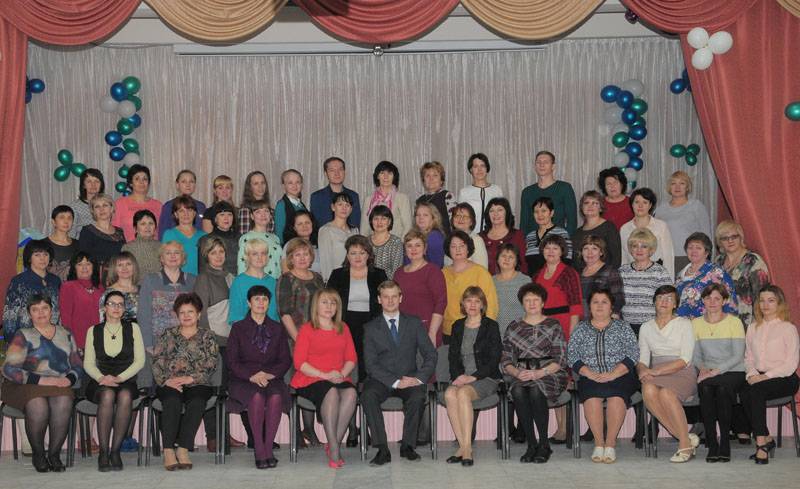 There are quite a few schools where there is no male “personnel” in the teaching staff at all.

On the one hand, the skill of the teacher, as, in principle, of any other specialist, not determined by its gender. However, in pedagogy there is a nuance that cannot be missed. It is about the education system, which, as in a full family, is determined by the presence of both parents and the presence of their common educational contribution to their children. One can argue with that, but there are certain numbers that speak for themselves. Last year, the number of marriages in Russia amounted to about 1,1 million, and in the same year more than 610 thousand couples broke up, filing a divorce. New dozens (or even hundreds of thousands) of families have appeared, in which raising children becomes a constant process on the part of only one of the parents. In most cases - from the mother.

From the point of view of educating future men, defenders of the Fatherland, this is a real problem that can be solved if the state is really interested in the approach to keeping traditions and the very “scrap” that is often heard from the stands.

Bureaucrats, school leavers and paperworkers in order to present the “upstairs” report more representatively make the Russian education virtually same-sex. This is one of the components of the fact that the graduation from school often forms such a final product, which is not at all to blame for itself, that no masculine principle has been incorporated into it. What then - the problems of socialization, household dissatisfaction, the gap in what he wants and what he is capable of.

The other day I came across an article by Natalia Yanikova, teacher of the year (2017) in the Pskov Region. The article is called "What I see school in 10 years". It presents the 12 theses of the teacher about the new school.

Here is one of them:
Thesis 1. In the future, the concept of the profession is blurred. This will affect the profession of the teacher. Many teachers will need to retrain, turn a hobby into an opportunity to earn extra money.

That is, the teacher of the year in the Pskov region frankly says that even in 10 years, the school teacher will have to look for financial luck somewhere on the side to simply meet the needs of his family. From the series (after yesterday’s nomination of a well-known candidate, it’s once again relevant): “Go to business” ...

Thesis 9. Teachers in school will also be from time to time dive into reporting. After all, this reporting will allow building flexible management of the educational process. And we will become database operators.

"Dive". Selected the exact definition of this process.

I wonder which of the teachers reporting, which is increasingly trying to replace the direct pedagogical live process, helped them to “flexibly manage”? Rather, the process itself, through the often most ridiculous immersion in documentation, learned to “flexibly manage” the teacher — for the needs of the testing staff, but not for the needs of the younger generation and the interests of the country.

For some reason, after these two theses, a pessimistic picture is drawn of how several male teachers (and not only men) wrote resignation from the profession for the simple reason that a colleague explains to them: nothing will change with the bureaucracy, as well as with wages but, therefore, look for incomes in another place or ... And as a result, the state will write off everything on the vocation - they say, they left because “they did not have it” ... “Nothing - others will come: young, ambitious”. And there they want to show themselves, but in the end it often turns out like the other day in Kurgan - the patriotic message of the posters for 9 may have eaten breathtaking errors from the series "and so it will come down - but the designer has two towers" ... And the school, judging by the vector of work of officials from education, “traditionally” should be enough for the Trudovik with a fizruk, the rest will be done by “advanced innovations” and “effective managers” ... And these “effective” to education, if possible, would not allow a gun shot.

Ctrl Enter
Noticed oshЫbku Highlight text and press. Ctrl + Enter
We are
Situational analysis of the death of the MH17 flight (Malaysian Boeing 777), made on the basis of engineering analysis from 15.08.2014Results of the week. “In our cooperative, the board is always agreed”
Military Reviewin Yandex News
Military Reviewin Google News
169 comments
Information
Dear reader, to leave comments on the publication, you must sign in.