100 years of the Southern Military District. Holiday in Rostov-on-Don


This is not the first time that the embankment of the Don River and the nearby water area have become a venue for a holiday from the Ministry of Defense. On May 5, the Southern Military District held a parade and demo of ships and aviation equipment armed with the Black Sea fleet, Caspian Flotilla and 4th Army Air Force and Air Defense.

Along with the demonstration of technology were organized folk festivals. Everyone could inspect the ships at the berths, talk with sailors or marines, or purchase souvenirs from the Voentorg. In addition, as always happens at events from the military department, a mobile point of recruitment was deployed. Those interested in contractual service could, without leaving a holiday, go to submit an application. 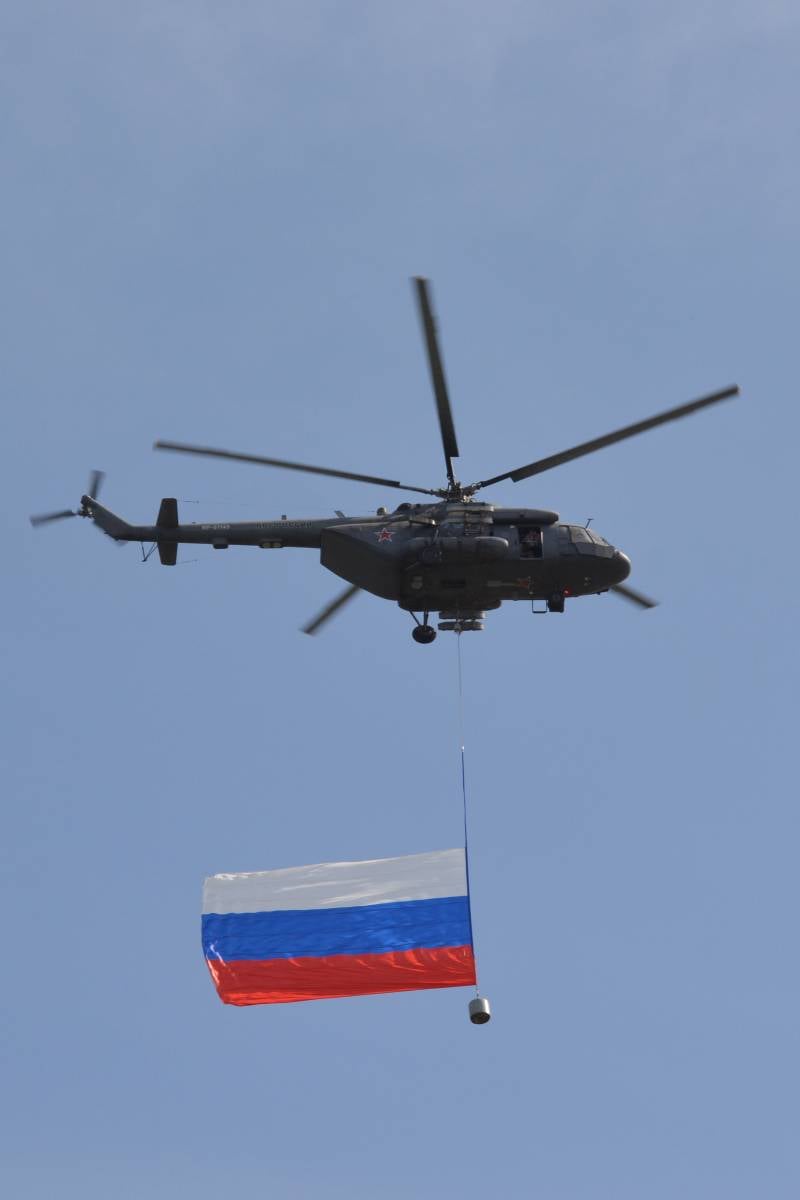 The river and air parades began with a demonstration of arrived ships, boats and support vessels. Combat units of the Caspian Flotilla and the Black Sea Fleet successively passed along the embankment. Then they returned to the audience for demonstration performances. Sailors of the two fleets showed the operation to neutralize conditional terrorists, firing artillery and small weaponsand also fight against sea mines.

Then helicopters and airplanes of the 4 Army of the Air Force and Air Defense appeared in the sky. Guests of the holiday were shown a number of long-mastered and new types of aviation equipment. Combat and transport helicopters, multipurpose and combat aircraft based on different airfields of the Southern Military District were successively passed over the Don River.

The air festival ended with demonstrations of parachutists of the armed forces and sports organizations. The helicopter consistently landed two groups of paratroopers who showed skills in controlling their "aircraft". Paratroopers carried flags of Russia, the Ministry of Defense, the Southern Military District, the Airborne Forces and other structures, and also used pyrotechnics. Then the third group of parachutists performed the jumps; the helicopter dropped it from a minimum height.

On this festive events are not over, but moved to the main square of the city. Citizens and guests of the city waited for a festive concert and fireworks scheduled for the evening. 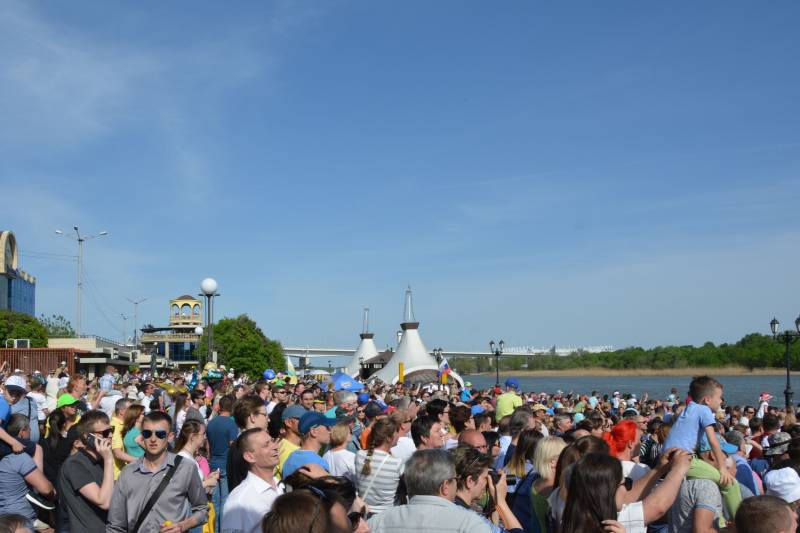 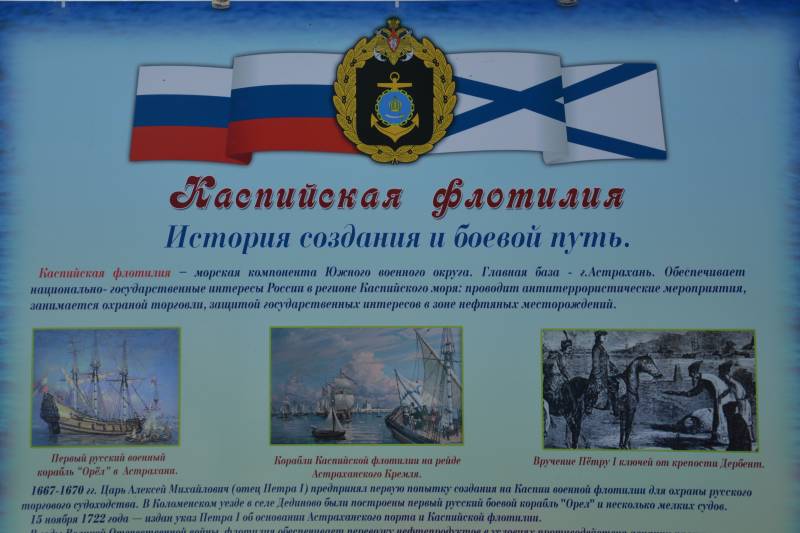 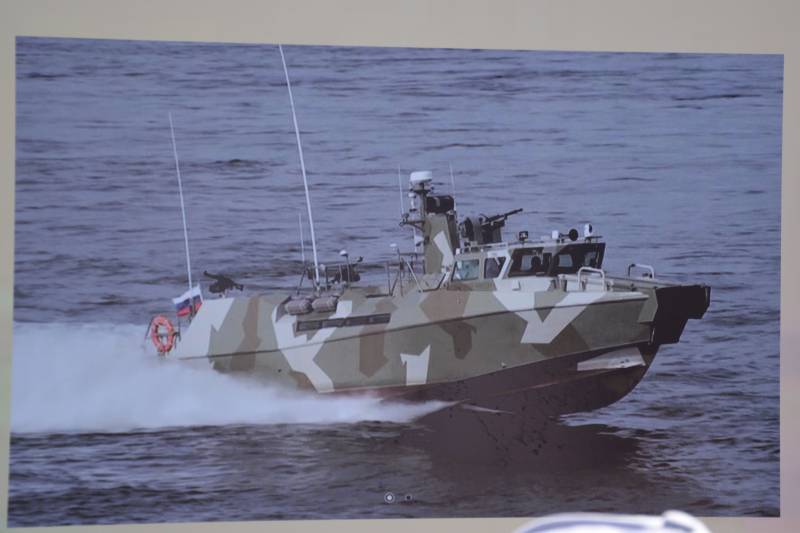 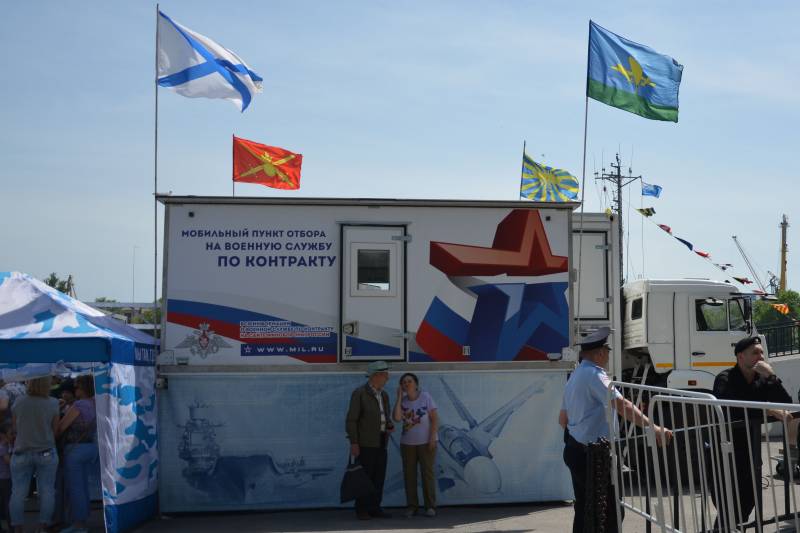 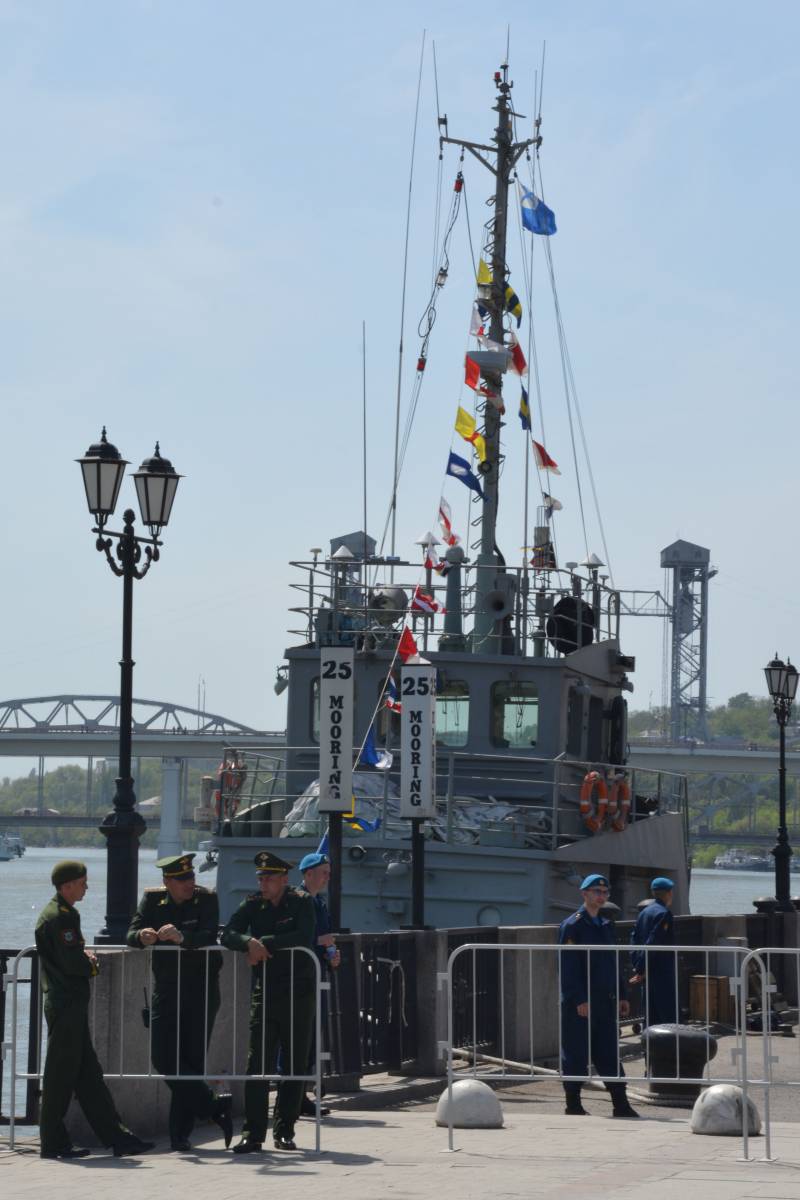 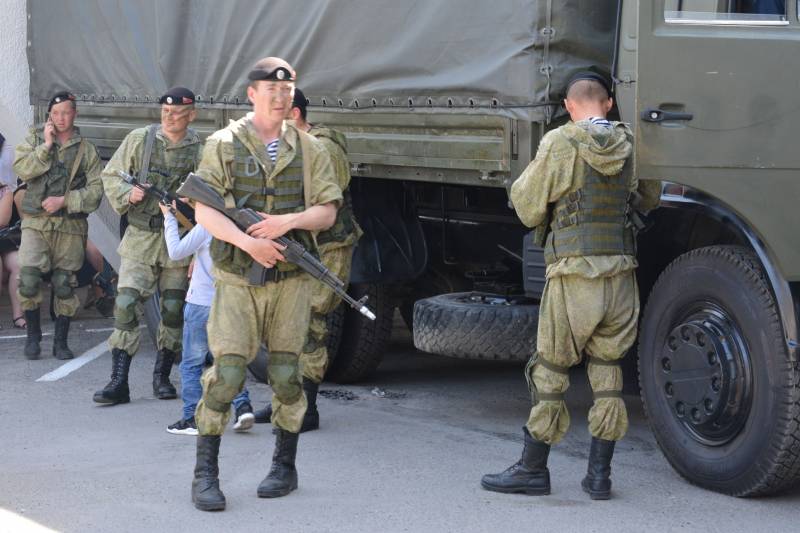 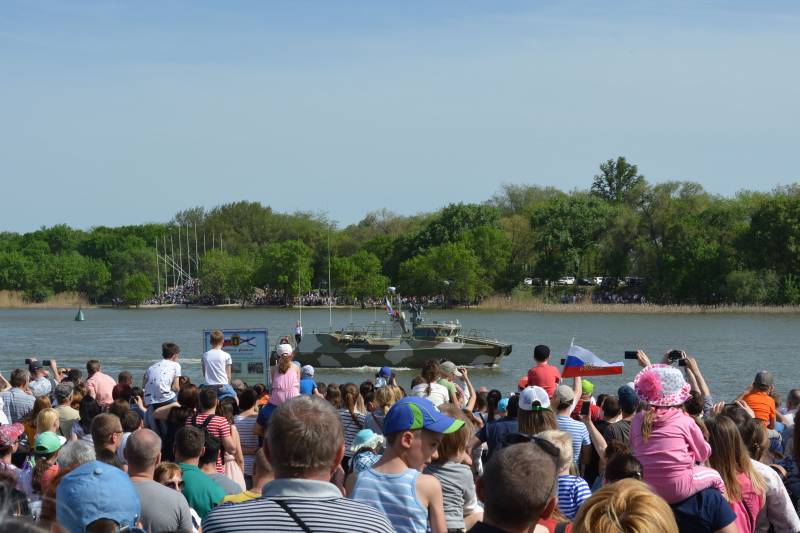 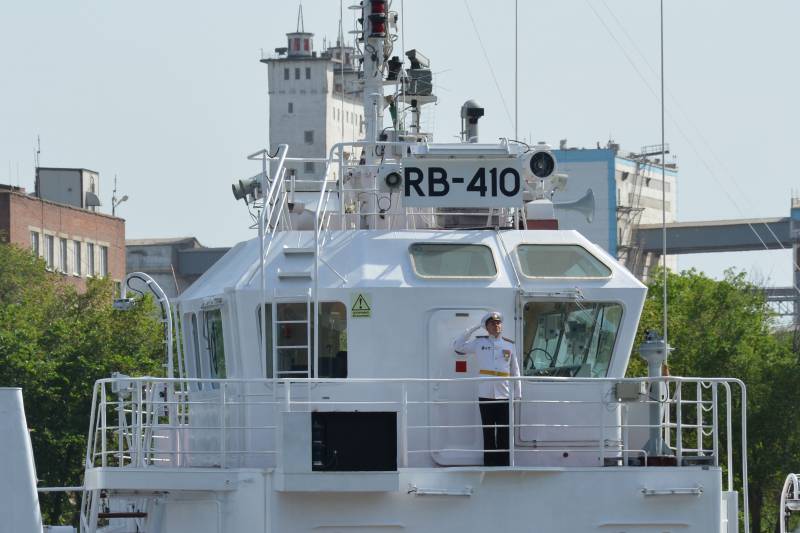 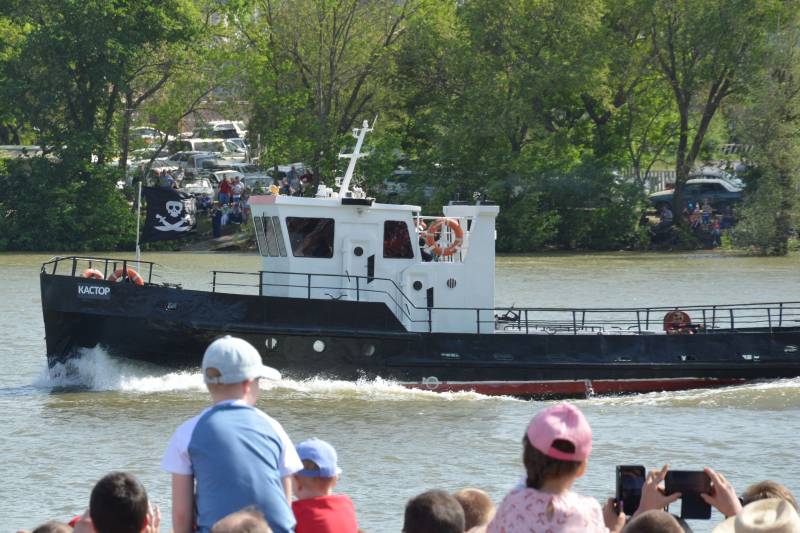 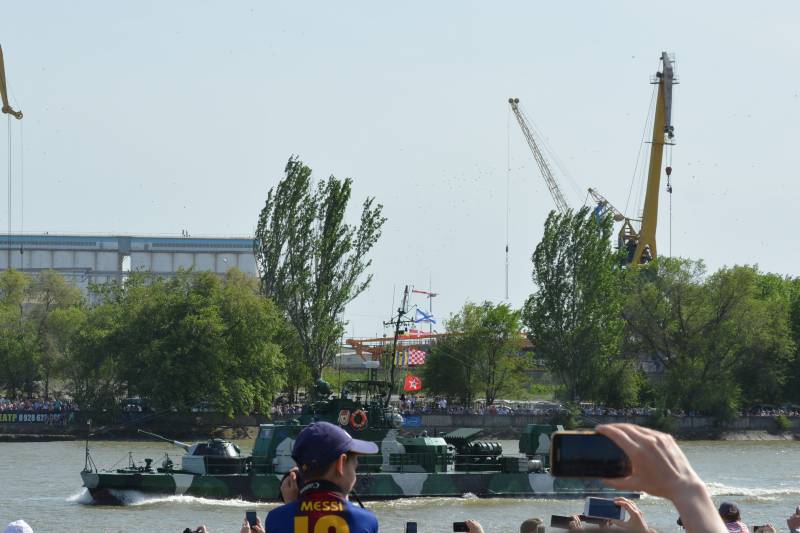 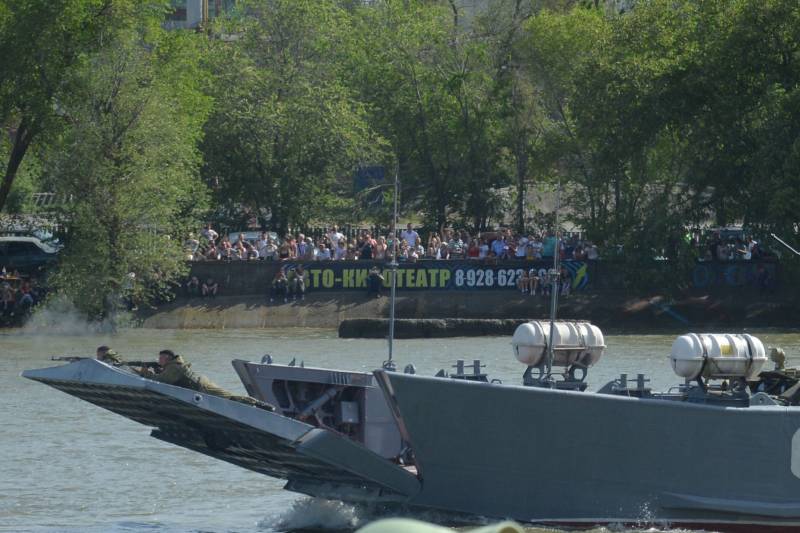 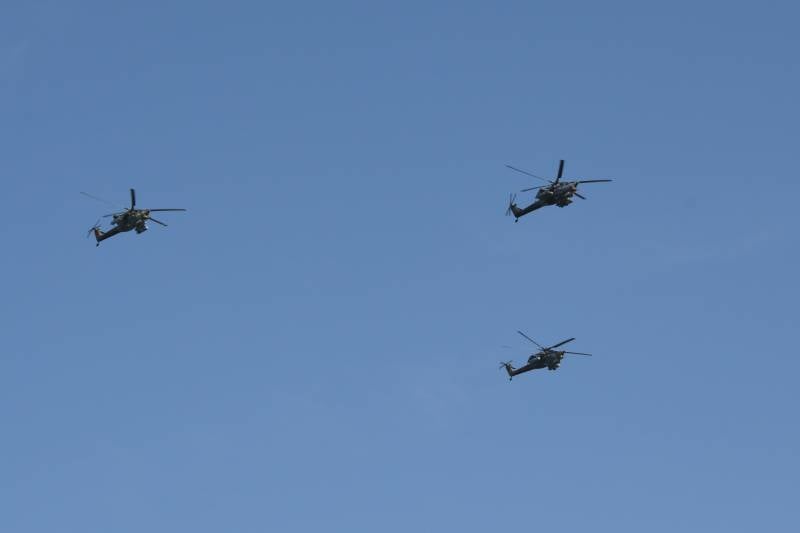 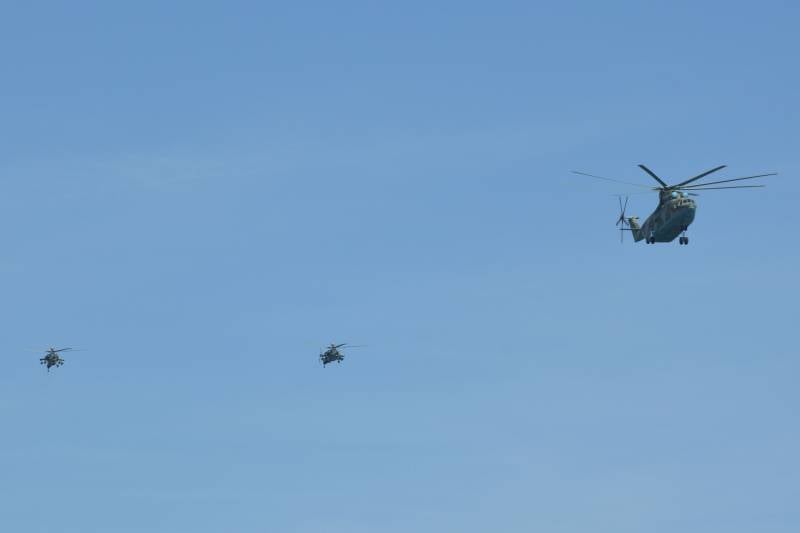 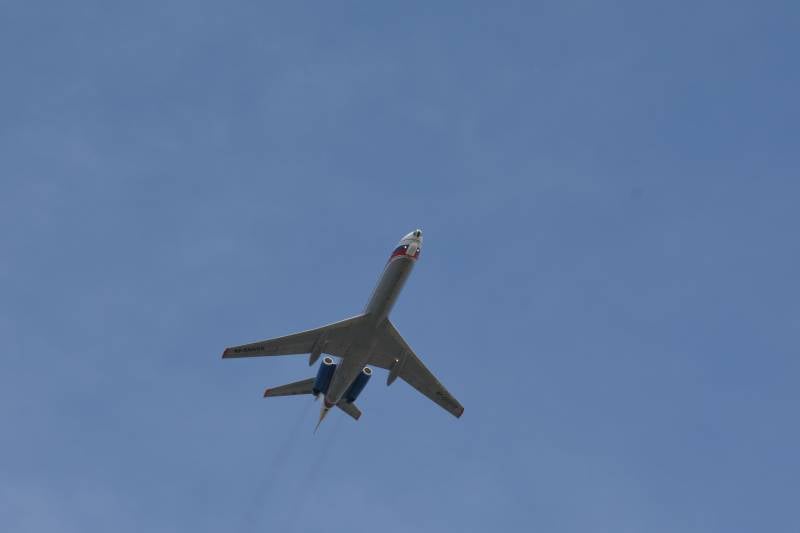 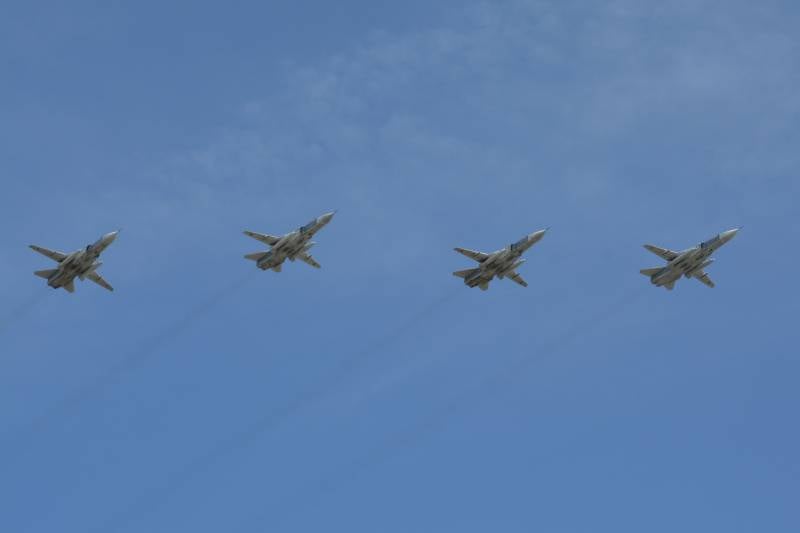 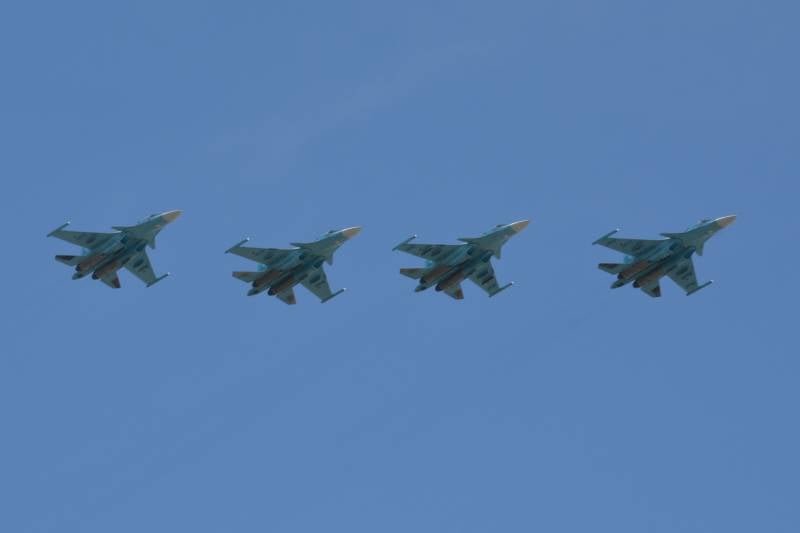 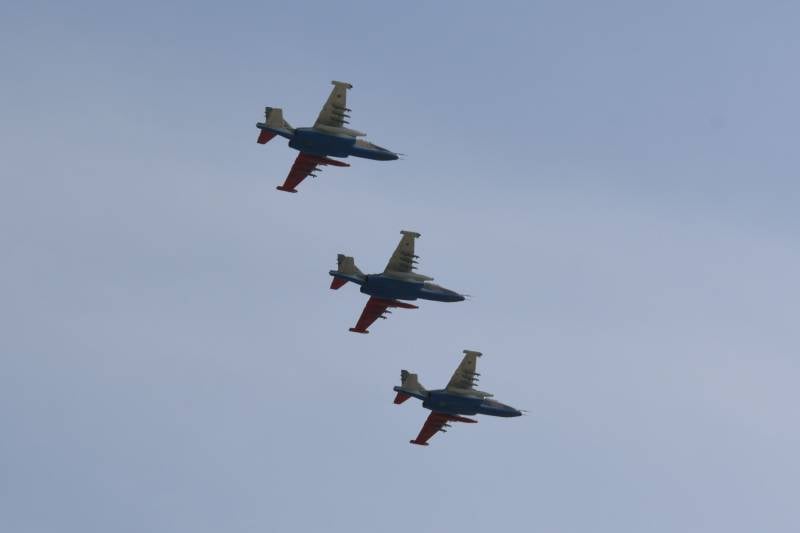 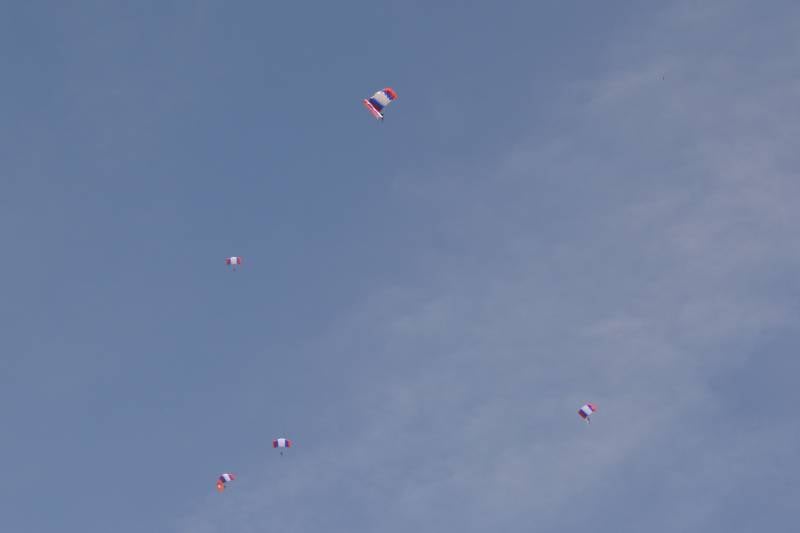 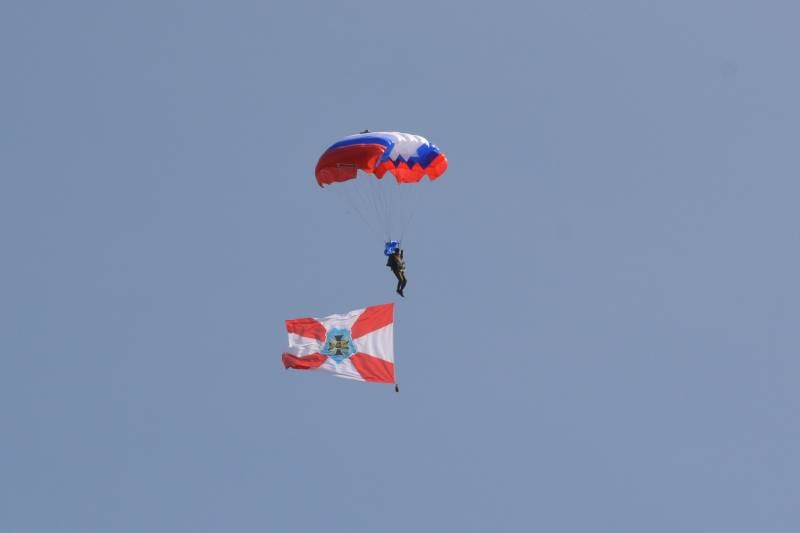 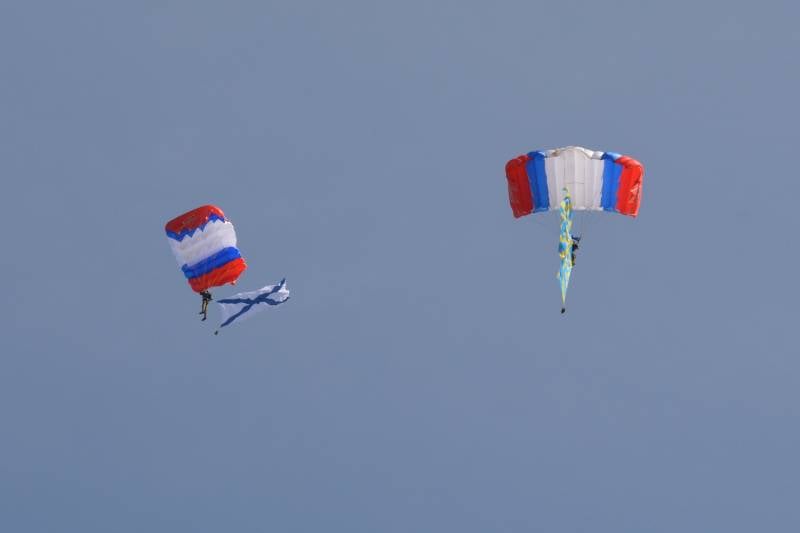 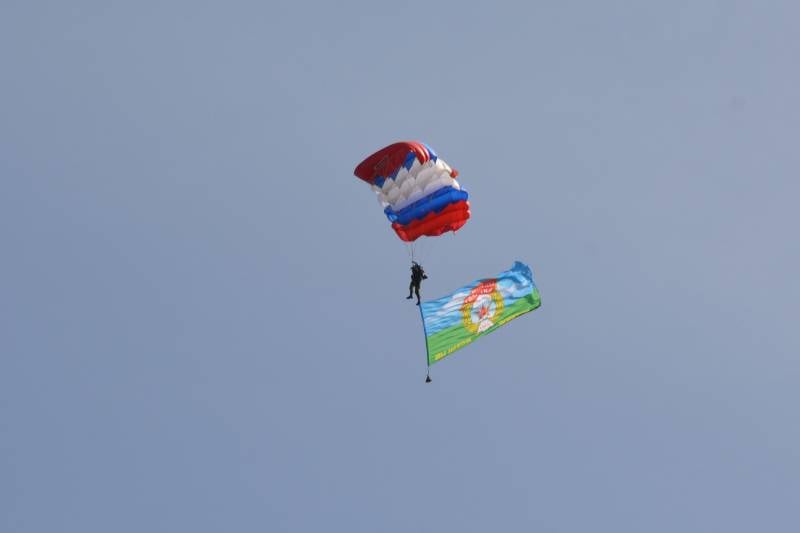 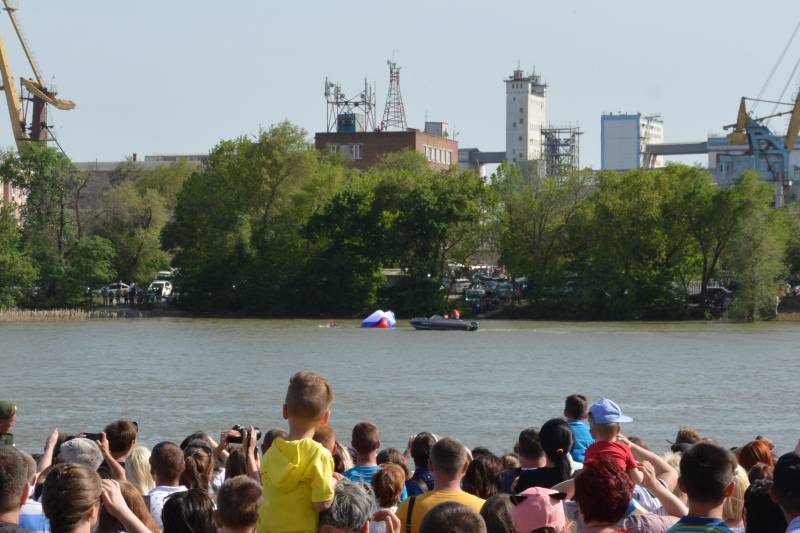 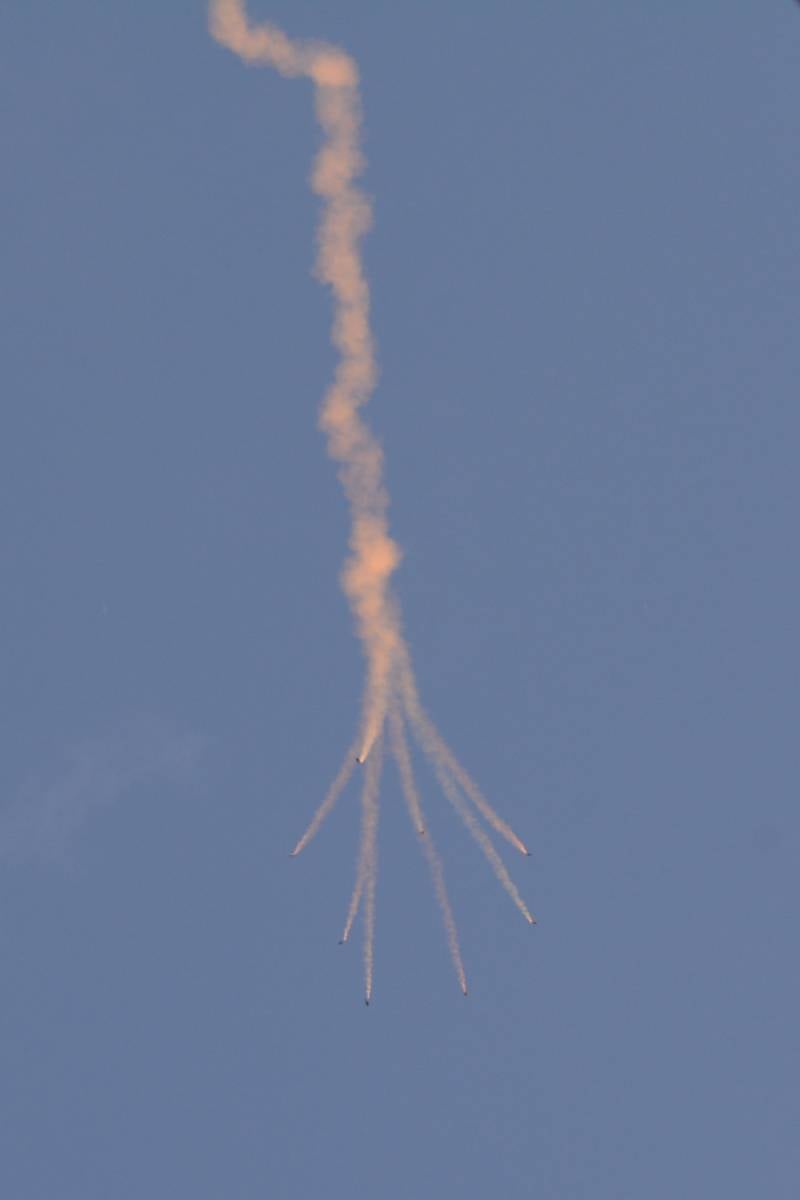 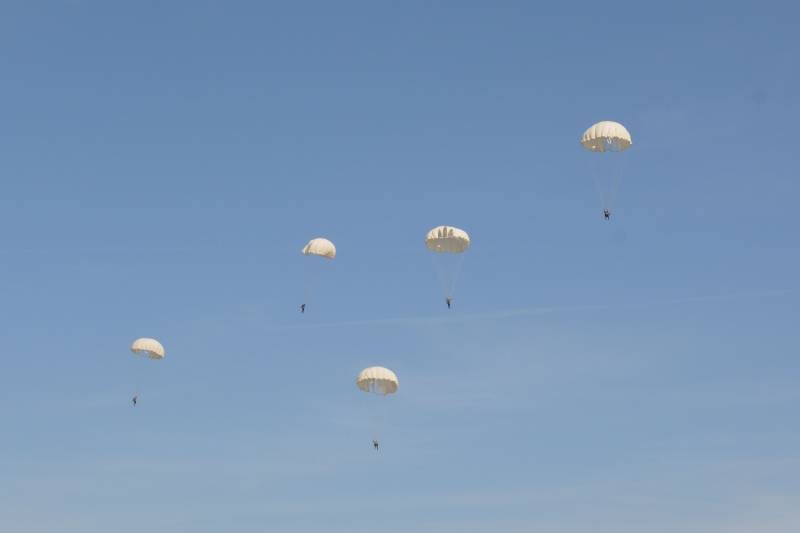