7 May 2018
103
The Russian government resigned after the inauguration of the president. The corresponding order was signed by Prime Minister Dmitry Medvedev, the press service of the Cabinet of Ministers reported. 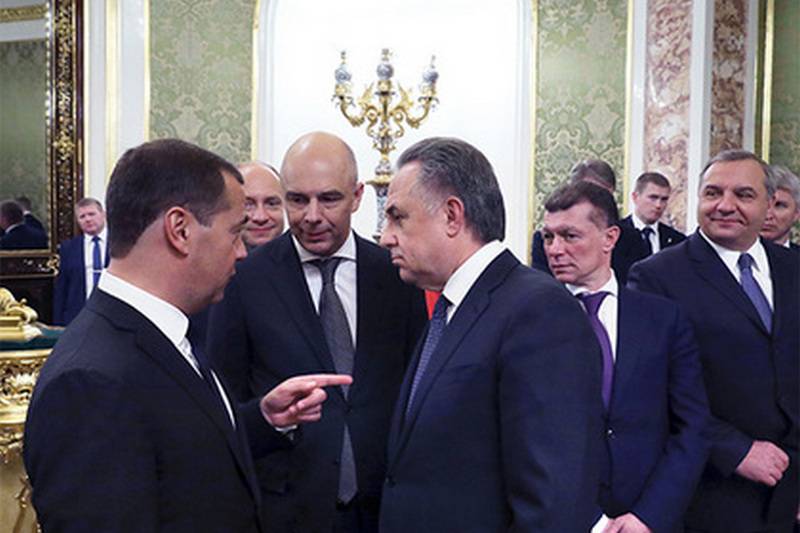 According to the constitution, this happens after taking office - inauguration - of the newly elected president. It took place in the Kremlin on Monday.

A few hours ago, the president met with members of the government in the Kremlin and thanked them for their work.

The Cabinet of Ministers worked with dignity, like a real team, and in this great merit of Prime Minister Dmitry Medvedev
- Putin said.

A new cabinet will be formed within two weeks, reports RIA News. The Constitution of the Russian Federation provides that the president, after taking office, makes a candidature for the post of prime minister to the State Duma, the deputies have a week to consider it.

Earlier, Putin did not disclose his preferences regarding the candidate for the premiership and the new cabinet, but Medvedev, without voicing plans, hinted that he was not going to rest and was ready to work further. Also earlier, the Financial Times wrote that Putin was considering the possibility of returning to the Cabinet of Ministers the former Finance Minister Alexei Kudrin as Deputy Prime Minister.

Experts suggest an update of the government in less than half.