First and classified. The British Navy received an unmanned mine sweeper 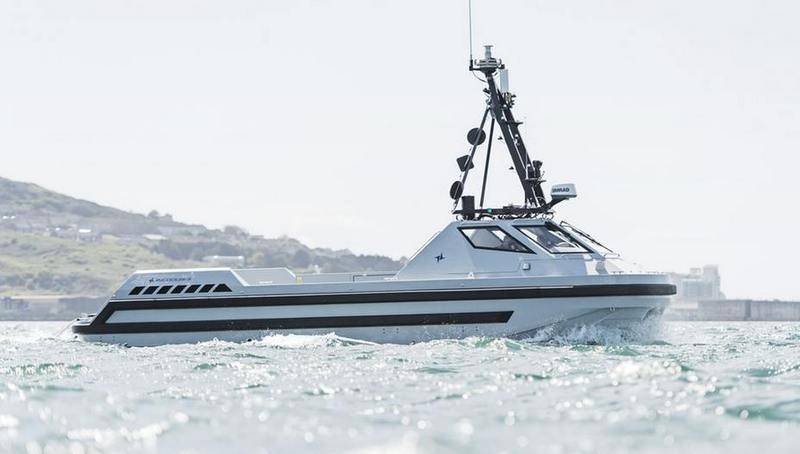 The military department does not disclose the name of the boat, but also keeps the volume of purchases secret. It is known that £ 13 million was spent on the development of the first operating model, and the full-scale deployment of the unmanned system will occur next year.

This autonomous minesweeper brings us closer to taking our crews out of danger and allowing us to safely clear sea routes of explosives, be it trade support in global waters and around the coast of Great Britain or the protection of our ships and shores. High-tech design, easily transported by road, sea and air, means that a small team can use the system within a few hours after its arrival at the theater of military operations.
- told Guto Bebb, the head of the department of military purchases of the Ministry of Defense of Great Britain.

The military department indicates that the unmanned minesweeper successfully passed a series of tests in which it confirmed all the declared characteristics for detecting mines and targeting them. This is the first British surface drone fleet, and depending on the success of its operation, the British Navy will make further decisions on the purchase of such systems.