There are no Cossacks in Ukraine! 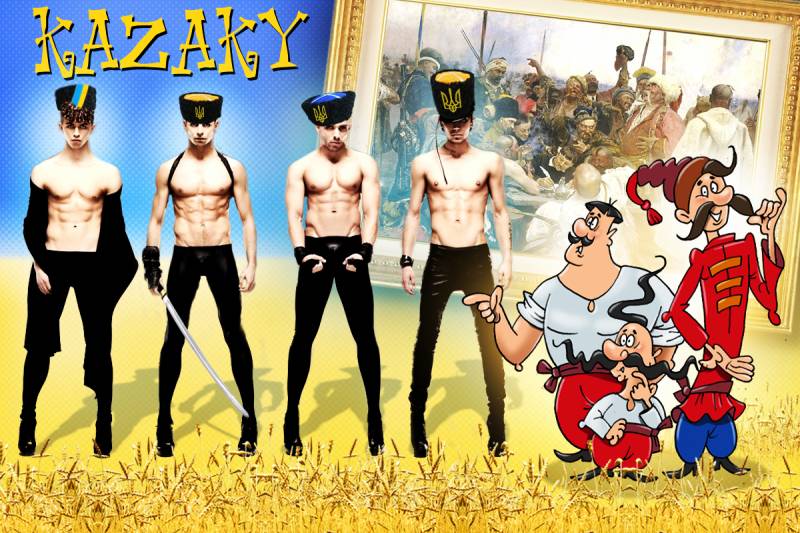 One of the deputies of the Crimean parliament told how, when he was a peninsula in Ukraine, he traveled around the Lviv region. His attention was attracted by a well-groomed mound with a cross on top. The attendant explained that this was the “grave of the Cossacks”. When asked where in Cossacks and Poles in Galicia, where the Cossacks were always on the Polish side, a Cossack burial place appeared, obviously revered, the “guide” explained that it was an “installation”, that nobody in the mound a year ago not buried.

According to the deputy, such an "art object" is a kind of symbol of Ukrainian historiography, "poured", like a false barrow, from scratch. 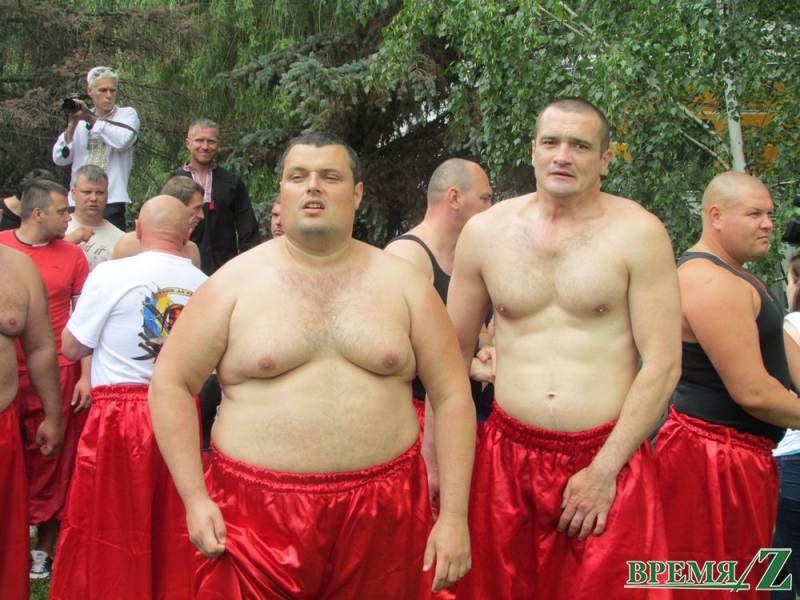 It should be noted that it is based on the unrestrained exploitation of the Cossack past of Ukraine. On what, in turn, political constructions are built.

So, for example, the other day in the Verkhovna Rada of Ukraine a draft law was registered on renaming the Dnipropetrovsk region to Scheslavsky (Sicheslavsky). This innovation is envisioned under the Decommunization Act, “Recovery historical justice ”and the designation“ the role of our ancestors - the Cossacks in the construction of Ukrainian statehood ”.

However, for the sake of “historical justice”, we note that the Cossacks were not engaged in the construction of “Ukrainian statehood”, and modern Ukrainians are not their descendants.

Note that the dispute still does not subside as to who the Cossacks are: an estate, a subethnos, or an ethnos. Without going into the specifics of this difficult dispute, we note that the Cossacks and in general all the Dnieper Cossacks in the days when they lived on the territory of modern Ukraine did not consider the rest of Little Russia to be their peers or their blood brothers. The Cossacks themselves were called Cherkasy, not Ukrainians or Little Russians.

Nikolai Gogol in his immortal "Taras Bulba" described in detail the procedure for accepting newcomers in the Zaporizhzhya Sich: "You believe in God, in the Holy Trinity you believe, well, cross and go into what you know the hell."

However, in this way the Cossacks of the Dnieper or Don Cossacks were taken to the Sich. All the others waited for a different reception. So, a foreigner-Catholic or Protestant (and such people came) could be accepted only after the adoption of Orthodoxy. And then only if he was a “military man” of interest to the Sich: an artilleryman, engineer, gunsmith or a seasoned warrior.

The peasant who escaped from his sir was asked to become a “serf of troops”. He was allowed to settle on the lands of the Sich, use its protection and rent farmland. For which he had to pay dues to the treasury of the Sich. There was no talk of any admission to the Cossack "partnership".

The situation changed after the outbreak of wars with Poland, which were conducted by the Cossacks, not for the sake of building "Ukrainian statehood", but in defense of Orthodoxy and their "chivalrous rights" constantly violated by royal officials and magnates.

Due to the large losses of personnel and the general confusion, some Little Russian peasants had a chance to climb a higher social ladder, join the community of privileged warriors and “prove themselves”.

However, this “infusion” did not change the way of life, nor the traditions or self-awareness of the Cossacks.

The abolition of Catherine the Great Sich began the process of resettlement of the Cossacks and the Dnieper Cossacks in the Kuban, Terek, on the territory of other Cossack troops in Russia, which lasted until the middle of the 19-th century.

The Cossacks, who did not agree with the liquidation of the Sich and left for Turkish territory, also returned from emigration and settled mainly in the Kuban. 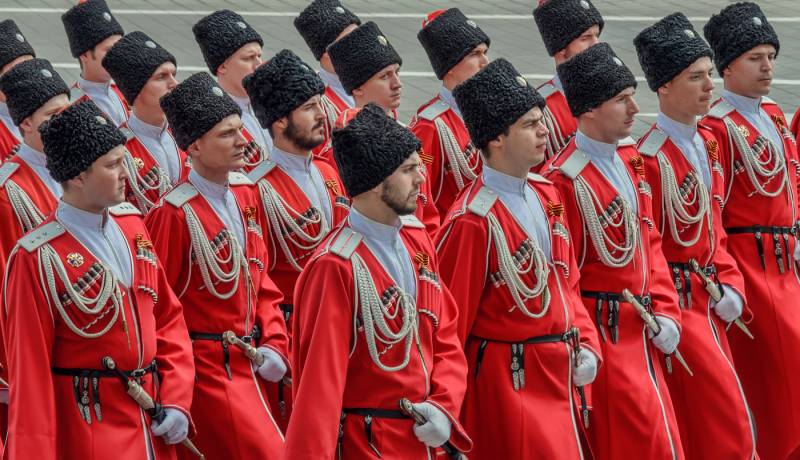 That is, the vast majority of the Cossacks and the Dnieper Cossacks moved to the Kuban, moving here the regalia and traditions of the Sich, and partly its structure. Until now, a significant part of the Kuban villages is named after Zaporizhzhya smokers.

Those who remained in Ukraine ceased to be Cossacks, both legally and professionally, and finally ethnically.

It is also noteworthy that the Kuban balakka, spoken in the Black Sea villages of Kuban, is not at all the “adverb of the Ukrainian language”, which, strictly speaking, was not yet at the end of the 18th century (it was started to be created from different tribal dialects only at the end the next nineteenth century), and the dialect of the Russian language.

The tsarist government, interested in the rapid economic development of the Kuban Territory, which was seriously hampered due to the fact that all the Cossack forces were constrained by the war with the mountaineers and participation in foreign campaigns of the Russian army, began to settle in the Kuban and peasants. Including from the Ukraine. But the peasants from the Chernigov and Poltava gubernias were not at all considered by the Cossacks who had moved from there earlier, as "countrymen." They were called "nonresident" and "Khokhlov", and their status was similar to what the "serfs of the troops" had in the Sich. Being related to “nonresident” was a disgrace for the Cossack.

It is no coincidence that during the civil war it was “non-resident” that became the main support of the Bolsheviks and the worst enemies of the Cossacks. They became one of the most active participants in the storytelling.

To this was added the campaign of forced Ukrainization, which was carried out in Kuban in the 20-30-s of the XX century, when all office work and school education in the region was translated into "Ukrainian" language. And the Cossacks resisted this Ukrainization with all their might.

The Kuban Cossacks consider their tribesmen to be not Ukrainians at all, but Don, Terek and other Cossacks. 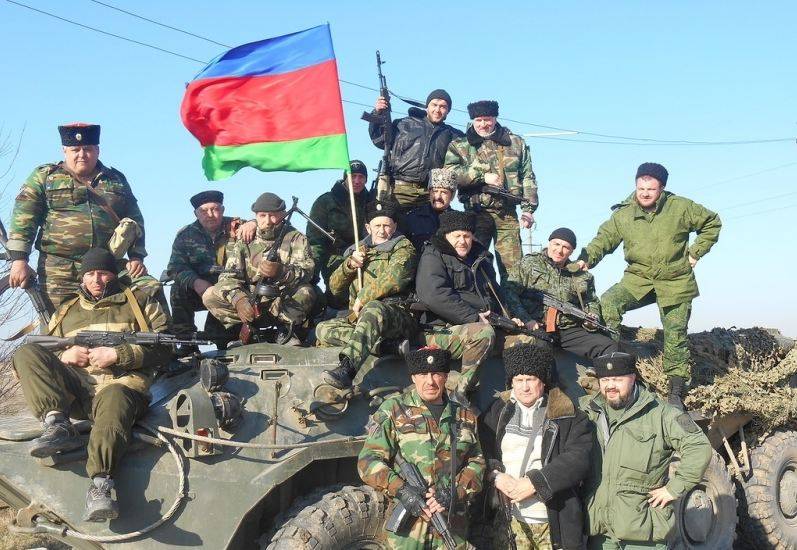 The attitude of the Kuban, the sole heirs of the Zaporozhye army and the Dnieper Cossacks, to the “Ukrainian statehood” is evidenced by the fact that during the Civil War they smashed gangs of Petliurists, and today they played one of the main roles in the “Crimean spring”. Many Kuban fought and fight with the APU and the Nabat battalion, along with the Donbas brothers for the freedom of Donbass. And many fighters put their heads in this fight.

In other words, they are the only heirs of the Zaporizhzhya Sich and the Dnieper Cossacks, their fame and traditions. And all the claims of Kiev ideologues for Cossack roots and heritage are untenable. Especially since the main achievements of the Dnieper Cossacks, the preservation of Orthodoxy in the south-western Russian lands and their reunification with the rest of Russia, the “svidomye” Ukrainians repudiated.

Ctrl Enter
Noticed oshЫbku Highlight text and press. Ctrl + Enter
We are
A great interview with Sergey Lavrov: about Ukraine, Obama and IranWhat you didn't want to know about England
Military Reviewin Yandex News
Military Reviewin Google News
77 comments
Information
Dear reader, to leave comments on the publication, you must sign in.