T-34 restored. The final rehearsal of the Victory Parade was held in Lugansk

7 May 2018
17
Dress rehearsal for the Victory Parade with the participation of Acting Head of the LC of Leonid Pasechnik was held today at the Theater Square in Lugansk, reports the Lugansk center with reference to the press service of the People’s Militia of the LPR. 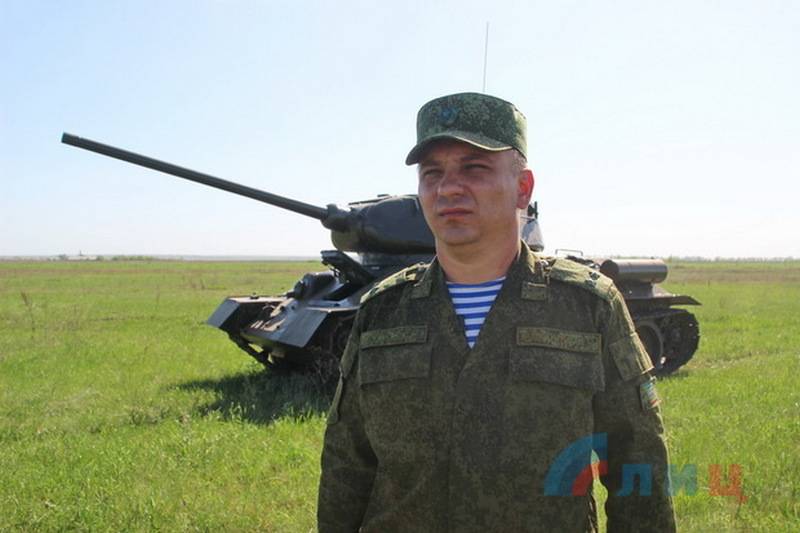 Today at the Theater Square Lugansk held a dress rehearsal for the Victory Parade with the participation of the Acting Head of the LC of Leonid Pasechnik
- said in a statement.

The rehearsal was held according to the plan, the fighters showed a high level of drill. The parade of military equipment, as previously planned, led the tank T-34
- added to the defense department of the Republic.

Earlier, the official representative of the People’s Militia of the LNR, Lieutenant Colonel Andrei Marochko, said that the LNR repair units had fully restored the T-34 tank damaged by artillery shelling of Luhansk from the APU at night on April 17.

Recall that the APU on April 17 struck an artillery strike on the Luhansk region at night, where equipment is being prepared for participation in the May X Parade Victory Parade. As a result of the shelling, the tank was damaged during World War II, which was supposed to take part in the Victory Parade of 9 in May, as well as four units of military equipment of the People’s Police of LPR.