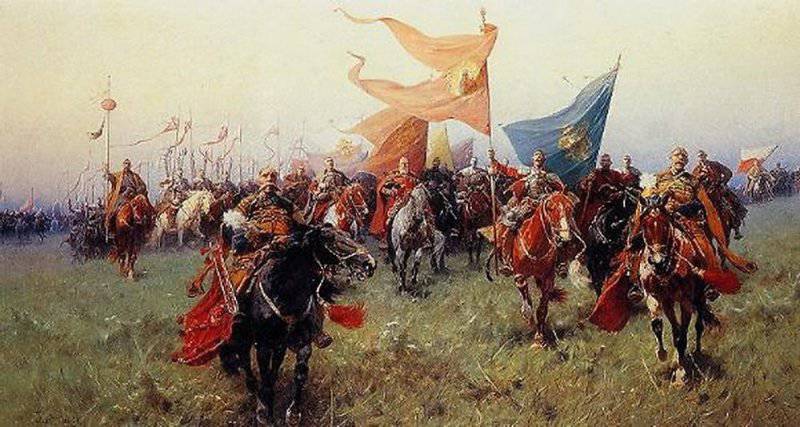 I was recently surprised. I heard a judgment from a rather competent person: “We have no heroism, it’s pointless. Everything - with checkers on Tanks».

And then the conversation turned to the battle of Kushchevskaya, when in August 1942, the Cossack units stopped the fascist attack on the Caucasus, and in several saber attacks chopped down more than four thousand Nazis. There is no information about our losses, except that they were significant. And it is concluded from this that some mediocre commanders threw Cossacks into a suicide attack. And the senseless attack - she only delayed the onset of the Nazis for only three days. Was it worth destroying the people for this?

At first I, naturally, was indignant. What kind of idiotic conclusions? And then I thought - and what could be more conclusions from the above set of information. What is a man to blame? The fact that he was not told what was really? It is necessary to blame for this pseudo-propagandists, talking about valor, and not talking about the meaning. And I decided to fix this error.

To begin with - I repeat the well-known. From 30 July to 3 August 1942, the 17 fighters of the Kuban Cossack Cavalry Corps fought at the Yeisk defensive line (stanitsa Shkurinskaya, Kanelovskaya, Staroshcherbinovskaya, Kushchevskaya) with superior enemy forces. Several times the Cossack regiments in the equestrian rang went to the saber attacks, destroyed from four to six (figures vary) thousands of Nazis. They covered themselves with glory, but ... then they retreated anyway.

Now - about the situation at the front. Hitler rushed to the south - to the oil of the Kuban and the Caucasus. Selected fascist units, several divisions of mountain riflemen, reinforced by SS regiments, advanced in this direction, and tanks were at the edge of the wedge, tearing the Soviet defenses to shreds. The plain landscape made the defense difficult - the multi-kilometer anti-tank ditches could not cover the whole steppe. The Red Army retreated. And retreating with such speed that there was a danger of falling broken parts in the "boilers". In addition - to the oil fields of the Krasnodar Territory remained about two hundred kilometers. And here in the path of the Nazis stood the Cossacks.

About the Cossacks. 17-th Kuban Cossack cavalry corps was formed from volunteers of non-draft age. And although there were a lot of seventeen-year-old boys in it, the bulk of them were forty to fifty-year-old men, who had passed both German and civil before. These were not wildly suicidal, as you can imagine, looking at the famous canvas, on which the riders with checkers fly to the tanks. They were fired, knowing the price of life and death, the men who were able to weigh the risk, who knew what they were doing. For the most part, they were much more experienced and steadily morally warriors than the twenty-year-old boys, whose retreat they covered. And they knew perfectly well what they were fighting for. Including - and for the retreating boys.

About saber attacks. They were, but not as you can imagine from the movies. The tactics of cavalrymen in the Great Patriotic War differed markedly from the tactics of the times of civilians. Cossacks mostly fought on foot. According to the recollections of eyewitnesses (and I had a chance to talk with several participants of the Kushchevskaya attack) - the main weapons Cossack in the Patriotic was a rifle, and later - automatic. Comfortable in the melee dagger was always on the belt. But the sabers often lay in the train. With a pragmatic Cossacks took them only in the cavalry raids on the enemy rear - the rest of the time there was no use of the sabers. Horses were used more as a vehicle, but not as a “military equipment”. Whenever possible, horseback riding was accomplished. On the horse-drawn carriage rode and guns. Not with sabers, but with the help of cannons, anti-tank guns and tanks attached to the corps of the tank brigade of the Oryol school, was stopped under Kushchevskaya fascist armored vehicles. And only then, when the enemy tanks and self-propelled guns were burning, and the infantry hesitated - there was a saber attack. And in these conditions, she was even less suicidal than a bayonet attack by infantry. Yes - the rider is a more comfortable target than the infantryman. But this is for a trained shooter in a fortified position. And for the newly advancing submachine gun the infantryman is preferable. He runs longer. And in hand to hand with you - on an equal footing. And the horseman ... Kazak Konstantin Nedorubov, who became the full George Knight for the First World War, under Kuschevskaya cut down seventy fascists, for which he received the title Hero of the Soviet Union ...

I have already said that the cavalrymen were experienced men, fired, able to weigh the risks. Horse lava under Kuschevskaya Cossacks attacked not out of dashing heroism, but because it was better that way. They attacked from a beam, because of a railway embankment, from a corn field, in which until then the riders were not visible, but in the sun (so that the enemy would blinded). Thanks to this, the surprise of the attack was achieved. You put yourself in the place of Hitler’s machine gunner. A minute ago there was no one in the field, but you were already being chopped down. Yes, yes - it is chopped. You were taught techniques against strikes with a bayonet or a butt, but not sabers ... By the way, it is important: most of the saber attacks (and then it was not only under Kushchevskaya, but also under Shkurinskaya, and in other parts of the Yeisk defensive line) were counterattacks. That is, the cavalry did not rush on the machine guns, and chopped off the shelter of the enemy on foot. That is, consciously, skillfully and successfully used the few advantages that cavalrymen had over the marines in the field.

It should be understood that this could not continue indefinitely. No matter how competently the Cossacks planned their attacks, no matter how famously they didn’t make rounds, all the tanks decided. The next German tank units came to the battle sites. Our artillery was put down. The Nazis continued the offensive, and the Cossack divisions that had suffered significant losses (there were no attacks without losses) retreated, detaining the enemy for three to four days.

Was the game worth the candle? First, the corps carried out its combat mission - it ensured the withdrawal of regular units of the Red Army in the Tuapse and Mozdok sectors. The retreating troops were reformed, entrenched on new defensive lines and did not let the enemy go where he aspired - to Caucasian oil. (Yes, yes, and you think that only now for the sake of oil is being bombed? Nonsense - it used to be the same). Secondly, the Cossacks gave time to dismantle the equipment of the Kuban oil wells and destroy the wells themselves.

And then it's time to tell another history. In the summer of 1942, Nikolai Baibakov was seconded to Kuban (to whom this name is unfamiliar - google) with Stalin’s personal admonition: “If you leave the enemy at least one ton of oil, we will shoot you, but if you destroy the trades, but the German will not come, then ... we will shoot you too. ”

Baibakov organized the work of the industries so that they practically until the last day gave oil to the front. A method was also developed that allowed us to destroy wells without fail - they were simply poured with concrete. The fascists who came to the Kuban for the six months of the occupation failed to re-launch a single well and extract at least one ton of oil. 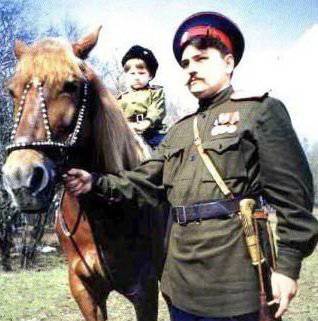 Ours, however, after the expulsion of the Germans, also had to drill wells in a new way, but they managed. And in many respects they coped precisely because the equipment was saved, during the retreat not destroyed, but dismantled and removed to the rear. The Cossacks, who had held off the onslaught of the armored units of Nazi Germany for three days in a row, allowed this to happen. This is not an accident and not a coincidence - there are documents that confirm that Budyonny guaranteed Baybakov five days. By the way, Baibakov did not believe in five days (so he began to destroy wells at his own risk and not wait for orders from above), but he asked to hold on for at least three days. Precisely in order to dismantle and remove the equipment crafts.

... So, if you dig a little deeper, for exploits and dashing dedication, economics and calculation are revealed. Someone might be confused. But I, knowing that no war is started without hope of gain, I see no shame in that. After all, then the deprivation of the expected benefits - a victory. The Cossacks, who did not let the Nazis to the Kuban oil, and gave a chance to prevent them from the oil fields of the Caucasus, put the economy of the Reich on a meager ration, forced to choose - to feed the Eastern Front tanks with its Romanian oil, or increase the capacities of defense plants.

So what have we come to? In addition, the cavalry attacks were neither meaningless nor ineffectual. Under Kushchevskaya dedication, courage, prowess and military skill (sounds pathetic, but you can’t tell otherwise) the Cossacks served to rescue the retreating boys, broke the plans of the enemy, and deprived the enemy of the economic support that he desperately needed.

Generations of story tellers blurted the gist, leaving only the outward brilliance of a daring saber attack from the story. Generations of students perverted the meaning, not understanding - why rush to the tanks with checkers. Heroes - the Cossacks, among whom was my great-grandfather, began to look like some unhappy half-wits, ready to die on the orders of idiots.

It’s time to figure out what was happening and thank the men who could stop the tanks and go on the attack to save their sons.

And yet - the Cossack division ended the war in Prague. This is me to the fact that our great-grandfathers knew how to win not only by number, but also by skill.