Heroic and tragic battle for the Dnieper

7 May 2018
15
The battle for the Dnieper in the fall of 1943, was one of the biggest battles in stories. From both sides in the battle took part up to 4 million people, and the front stretched almost 750 kilometers. 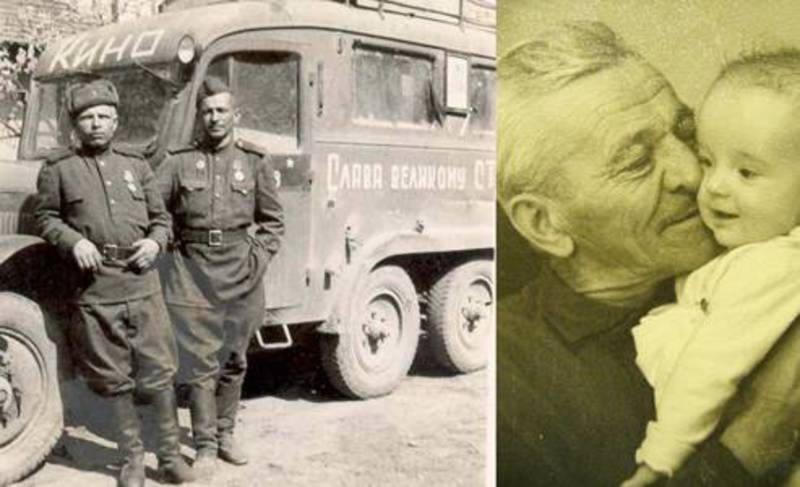 Hitler realized that if the summer offensive of the Red Army could be stopped, it was only on the Dnieper, due to the creation of numerous fortifications of the Eastern Wall. He demanded that the Wehrmacht soldiers defend positions on the Dnieper at any cost. To the Dnieper, the German army retreated. It was a tactical move to preserve the main forces. They identified this water barrier, from which it is impossible to retreat, and believed that we could not overcome it. So, since August 1943, various fortifications were built along the entire bank of the Dnieper, equipped with firing points. The Dnieper, with its steep right bank, on which the fascists focused, and the left, more gentle, in its lower reaches spreads up to 3-s wide and represents a serious obstacle. There was also a strong current in the middle of the river and very cold water. Those who fell into the water far from the shore were practically doomed.

When the Germans retreated from the left bank of the Dnieper, almost everything that could help our advancing troops was taken out or destroyed. This was primarily food, livestock, horses, fodder, fishing boats. Our armies still drove the retreating enemy to the river, and the order of the commander-in-chief was already received — to force the Dnieper on the move. It was important not to give the enemy a break to regroup and strengthen the defensive lines. But the units stretching to 200 km on the march were left without their own watercrafts and pontoons, without the support of air defense systems and heavy artillery. Due to the acute shortage of fuel, all the equipment was significantly lagging behind the forward units advanced to the Dnieper.

Georgy Zhukov recalled: “For meticulous preparation of the attack on the Dnieper, we did not have opportunities. In the armies of both fronts, great fatigue from continuous battles was felt. There were some disruptions in material and technical support. ”

Boats and pontoons are stuck somewhere on the march. There was almost no means of crossing, not counting a few inflatable boats. The terrain on the left bank of the steppe, there is no forest, there is nothing to knit rafts. Therefore, everything that was found in the nearest settlements (barrels, doors, wooden sheds, wattle knives, roofs) was used. Complicated by the fact that our armies did not have enough experience in forcing such powerful and wide rivers. Some fighters did not know how to swim.

An eyewitness of those events was my grandfather Podgorny Ivan Matveevich 1911, who was born, who served as a driver in the 27-th separate engineering special-purpose brigade of the 2-th Ukrainian Front. He said that when the soldiers saw what river they would have to force, many people felt uneasy. The water temperature at this time did not exceed 5-6 degrees, and the air - about 10 degrees of heat. After a few minutes of being in such water, hypothermia and muscle cramps began. Our soldiers in overcoats, with weapons, with grenades, a gas mask, a sapper shovel and in tarpaulin boots, they could not swim ashore independently. And from the right high and steep bank they were hit by machine guns, artillery and mortars. Crossing the day was pure suicide. Sometimes a "frame" hung high, at an unattainable height, looking for the concentration of our troops, on which artillery immediately struck. Our anti-aircraft calculations were few, and German aviation with impunity destroyed everything that she found on the water and on our shore. In the early days, we lacked air support from aircraft, anti-aircraft gunners and artillery.

At night, the dark expanses of the river were flashed by signal rockets, and on any subject on the water heavy machine-gun fire was opened. Several nightly unsuccessful attempts to force the Dnieper at the very beginning of the operation cost us up to half of the personnel. Those who did not reach the bullet, killed by their cold water. Many offensive groups went to the river and did not return. And in the morning, the river threw the bodies of our soldiers ashore across the Dnieper upstream. It was a terrible sight. The river seemed red with blood.

Ivan Matveyevich served as a driver throughout the war. His combat path passed through Ukraine, Moldova, Romania, Hungary and ended in liberated Czechoslovakia. But the most terrible memories of the war, which forever crashed into his memory, were memories of many thousands of our soldiers who died during the crossing of the Dnieper.

He played well on the trophy accordion brought from the front, and he was often asked to play something after the feast. These performances always ended the same way. The last was always the song “Oh, Dnipro, Dnipro, you are wide, powerful ...” At the same time, the song was more like a moan, like the unspoken pain of a person who survived such sufferings. With the last chord, red furs of accordions rolled up, and tears stood in the eyes of the old soldier. “Vanya, let's go,” said grandmother and took him away from the guests to another room, where he could lie down on the bed and give vent to feelings after the flood of memories.

About those events, the front-line writer Yuri Bondarev wrote the story "The battalions are asking for fire." And the writer Viktor Astafyev, who served in the war, like my grandfather, a chauffeur, described the crossing of the Dnieper in the unfinished novel “Cursed and Killed”:

“Hundreds of times it was said: where, to whom, with whom, how to swim, but all this knowledge was confused, mixed up, forgotten, as soon as they started talking, they hit cannons and machine guns. Caught in the water, people gasped, burnt hotly, where they screamed, clutching the longboat.

- It is impossible, and! It is impossible-ah! - they beat on hands, on heads, anywhere, rowers paddled, commanders with pistol handles. - Will overthrow! To God the soul is mother! Forward! First! ..

- Tonu-yu, tonu-y! - the first terrible scream was heard - and throughout the night river, cries for help, all the way up to the sky, and one piercing word: - Ma-a-am-a-a-a! - Spun over the river.

The fighters who remained in the farm on the left bank, hearing the death screams from the river, secretly thanked fate and God for not being there, not in the water ... Almost all of the pontoons with the fighters, battalion mortars and sorokapyatkami were broken and drowned in the water, but by a miracle somehow, not otherwise, as if through the air, some units managed to get to the shore, cling to it and, following the shells and mines ruptures, move forward, bypassing the scattered yar. ”

By some miracle, small groups of fighters managed to get to the enemy shore and dive deep into it until dawn. And with the new day, new and new waves of fire rolled in, trying to throw them off a cliff back into the river. But they held out. There were many wounded, but there was no one to save them. Quickly tied up, they would not let go of the weapon. Lacked ammunition and ... water. Although it was a stone's throw away from the river, but it was deadly to go on a sweep of the bank.

The Germans drowned boats loaded with ammunition and mines in the first place. German airplanes continuously hung in the air and wavelessly bombed the bridgehead and crossings. And on the bridgehead itself the artillery-mortar cannonade did not subside, they fired Tanks, shells burst on the ground and in the water, raising fountains of spray.

The attempt to drop paratroopers over the Dnieper ended with senseless losses. Due to the pilot error, some of the paratroopers got into the waters of the Dnieper, some at their own positions. Others were still shot in the air from the ground by anti-aircraft and automatic fire. The surviving part of the landing in the absence of anti-tank weapons was swept away shortly after the landing with tank corps. Units of them managed to survive and get through to the partisans. The latter, for their part, also helped our offensive, disrupting enemy communications, prevented us from bringing up reinforcements, ammunition and food.

And the attacks of our aircraft, and fire strikes "Katyusha", and massive artillery fire support - all this was later, when the main forces of the advancing armies were pulled up to the Dnieper. This allowed us to bring pontoon ferries and throw an “armored fist” across the river to the bridgeheads conquered from the enemy.

Victory in the battle for the Dnieper went to us dearly. This battle was one of the bloodiest in the Great Patriotic War. By the beginning of October, 1943 in the divisions that had crossed the Dnieper remained only 20 — 30% of the regular number of personnel. Only according to official data, our losses amounted to killed and wounded from 400 000 to 1 200 000 people.

For the forcing of the Dnieper only the title of Hero of the Soviet Union was awarded to 2438 soldiers.

And in the memory of all the people the song “Oh, Dnieper, Dnieper ...”
Song of the Dnieper