Powerful and reliable. Published test shots of the Uran-9 complex

6 May 2018
177
TV channel Star He posted a video on YouTube that captures the fragments of tests of multifunctional combat complexes "Uran-9". 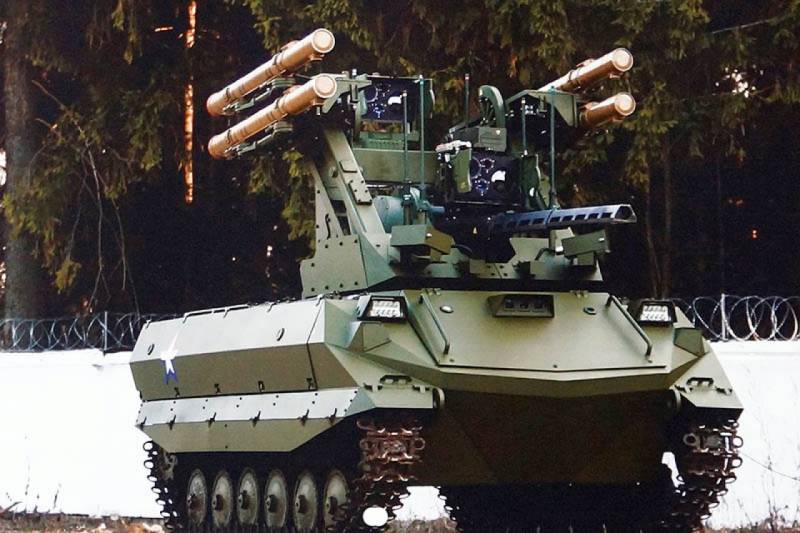 “Uranus-9” is a multifunctional complex of intelligence and fire support units on the battlefield. It was created to protect personnel, removing it from the enemy’s fire, ”the commentary to the video says.

The twelve-ton radio-controlled machine is equipped with a PKTM machine gun, an automatic 30A2 XM gun and a Bumblebee M flamethrower.

Recall, in addition to the shock version, the company "766 UPTK" created on a similar basis, the robot-engineer "Uran-6" and the robot-fire "Uran-14". The combat equipment of this family was used in Syria, including during the mine clearance of Palmyra freed from terrorists.

Ctrl Enter
Noticed oshЫbku Highlight text and press. Ctrl + Enter
We are
The developer called Russia a leader in the creation of combat robots
Military Reviewin Yandex News
Military Reviewin Google News
177 comments
Information
Dear reader, to leave comments on the publication, you must sign in.