Just not Trump. Senator McCain unveiled a list of "guests" at his funeral.

6 May 2018
117
Republican Senator John McCain, who was diagnosed with brain cancer last year, recently announced a list of people he would like to see at his funeral, reports Lenta.ru report New York Times newspaper report. 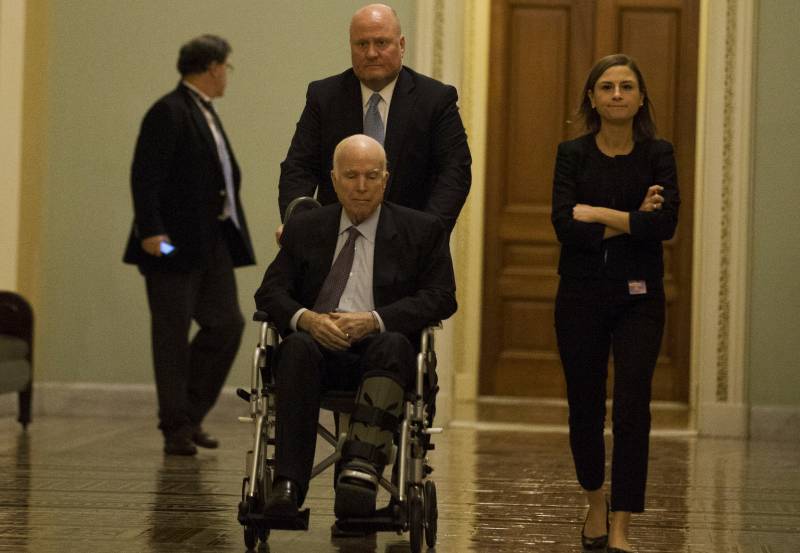 According to the newspaper, referring to the relatives of McCain, President of the United States Donald Trump is not listed Instead, Vice President Michael Pence will be invited to the mourning ceremony.

In this case, the publication notes that Trump himself, sort of like, and was not going to this funeral. At least in his plans for this event is missing.

The publication reported that the farewell to McCain will be held in Washington Cathedral.

Recall that in September 2017, the senator in an interview with CBS News said that in the fight against brain cancer, doctors gave him a very bad prognosis.

In mid-July last year, the American press reported that 80-year-old McCain had a blood clot removed in the area of ​​his left eye. An analysis of the tissues carried out after the operation showed that we are talking about glioblastoma - “the most aggressive form of a brain tumor.”