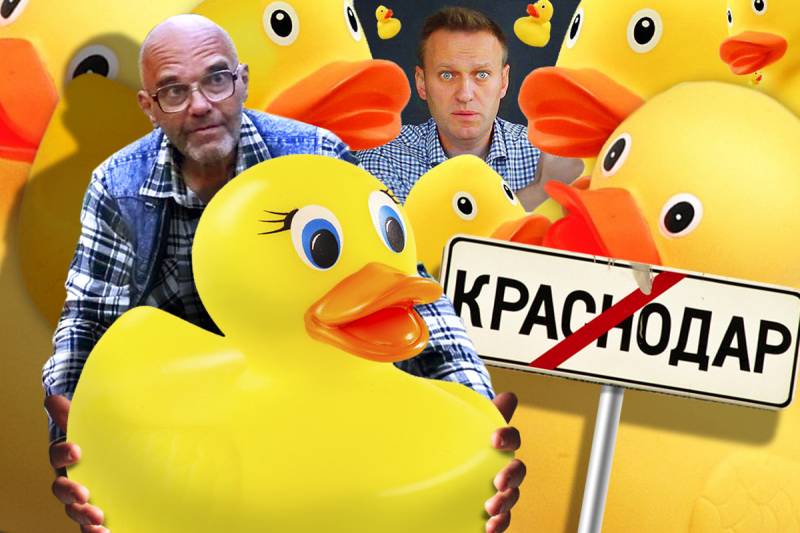 5 May held meetings of supporters of Navalny in different cities of Russia. And it does not matter at all that often these meetings have gathered a couple of dozen people, or even several local crazy people, whose credo is in the phrase “a Baba Yaga against.” After all, the modern “democratic process” is democratic only when the position of the Western media and well-known bohemian people presented for public opinion is on the side of one or another political movement, whether they are frantic feminists, LGBT activists or even the notorious “White Helmets” however, recently blocked the American financial stream.

Navalny, who is referred to in the network as “sisyan” and a political pedophile, according to the good old tradition, has set off in all serious provocations in the field. What is not surprising, since even the most stubborn adherents of his sect in their hearts understand that it is impossible for them to gather a sufficient number of people. But without a proper scandal, which can be sent as a report to your “friends” over the cordon, you can follow the “orphaned” “White helmets”. 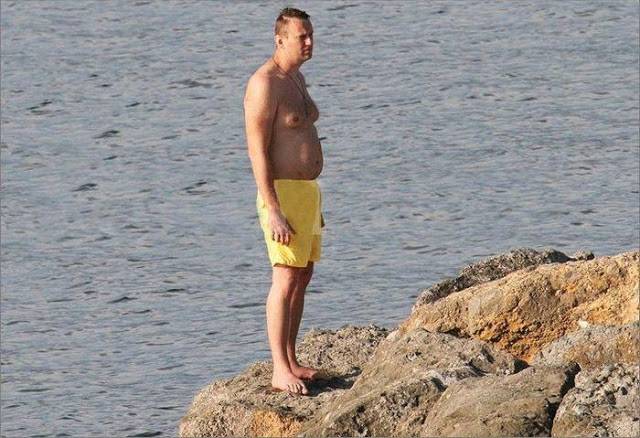 Of course, mostly TV channels and online media will talk about the largest metropolitan areas of the country, on the streets of which Navanny’s hamsters will run amok. This is at least short-sighted, since the Navalny sect also metastasized in peripheral and slightly more provincial cities. And fighting cancer, which is all this profanation of politics, leaving unattended metastases, is meaningless.

One of these cities is Krasnodar. Having eaten a dog on the organization of totally irresponsible and Goebbels cynical provocations, the followers of Navalny not only did not disappoint in this case, but even deftly played on the dangerous specifics of the region. After all, Krasnodar Territory, like any other subject of the Federation, has its own weak points. And considering that the Caucasian ridge originates from here (how much in this sound for the Russian heart has merged, as the poet wrote), it does not take much effort to turn the pain point into a gaping wound, ready to break out with gangrene.

The Krasnodar Territory borders on the Rostov Region, the Stavropol Territory, the Karachay-Cherkess Republic, the Crimea, and Abkhazia, and Adygea is compactly located within the region itself. The region is super-mono-national - the Greeks alone over 20 thousands. Considering the ever-turbulent Caucasus, betting on the national factor as a path to the loudest provocations that could end in stabbing, it’s true that sectarians didn’t move, was predictable. 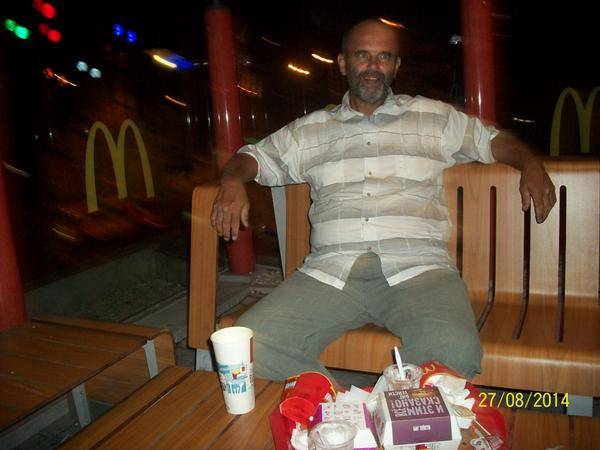 As soon as it finally became clear that on 5 May Lyosha would again turn the opposition to real politicians, Viktor Chirikov appeared on the southern stage of political profanation. I would say that this is a typical illustrative example of Navalnovsky sectarian. According to a number of opposition media outlets, Victor is an environmental activist at the iconic desk, Environmental Watch for the North Caucasus. This desk every time floats to the surface when you need to “correct” the importance of building one or another state or an edge of an object, such as the Kerch Bridge. She also distinguished herself as a refuge for a more than ambiguous figure and anarcho-syndicalist Andrei Rudomakhi. 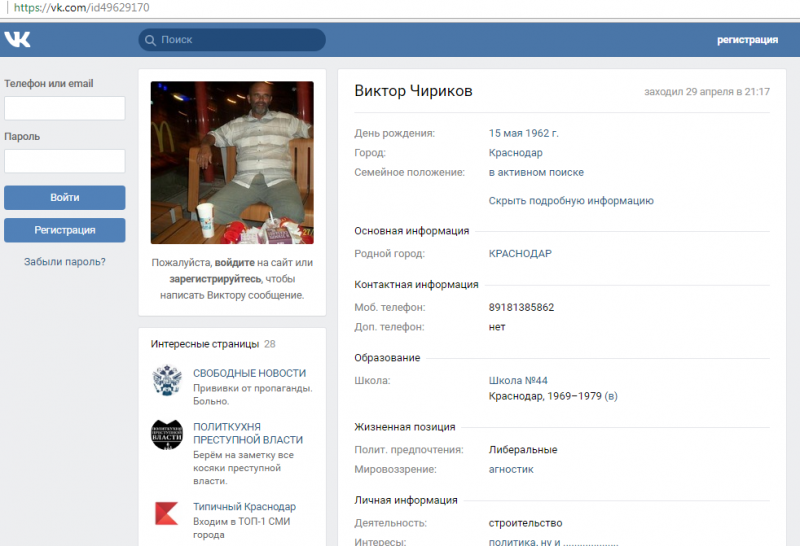 The figure of Chirikov himself is no less interesting. Perhaps this environmental activist is a prominent environmental scientist, or a hydrologist, or, at worst, a meteorologist? Judging by the profile of "VKontakte", which is conducted on his behalf with the phone, the citizen graduated only from high school (!). However, this is normal in a world in which half-literate human rights defenders can carry out activities without a legal education, and white-skinned people can provide medical assistance to the victims of sarin by hosing them.

In his twitter, which is a typical clot of liberal bile, Chirikov called on “all Armenians of Armenia” to participate in the May 5 rally in Krasnodar. Why should the Armenians of Armenia participate in the navalny farce is not a question at all. First, according to the report on the “resources of influence” compiled by the International Institute of the Newest States, 350 (!) Western NGOs operate in Armenia, and therefore within the diasporas, not counting various religious sects. Secondly, the oppositionists of all stripes always happily Independence all things, but never build, therefore the question why any Armen hanging around in Krasnodar in May does not arise in principle - a sect is one. The ignorance of the program itself comrade with the network call sign "Sisyan" Armenians also do not bother anyone - even the sectarians themselves do not know this program, judging by my experience. 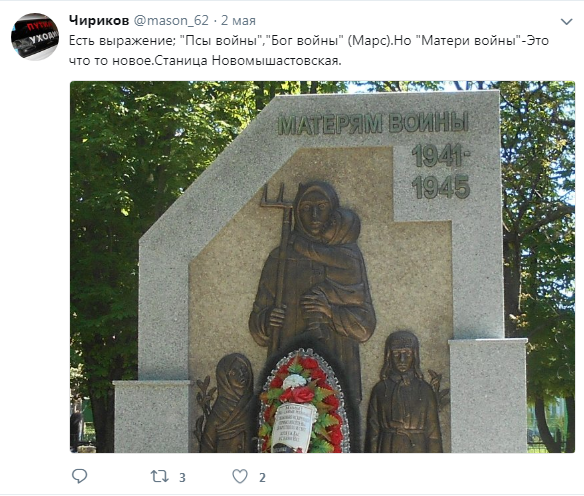 The very same meeting place has not yet been agreed. Therefore, 4 May Chirikov was detained for violating the established procedure for organizing or holding rallies. Instantly the pipes went so familiar to us - “But why should we?”
At the same time, Alexey Avanesyan became the lawyer of the citizen Chirikov. Judging by the predilections, the person is not quite an outsider - an ardent lover of the channel of the frontier-amateur citizen Dudya (I don’t know whether it is generally inclined or not) and the non-stationary radio station "Echo". 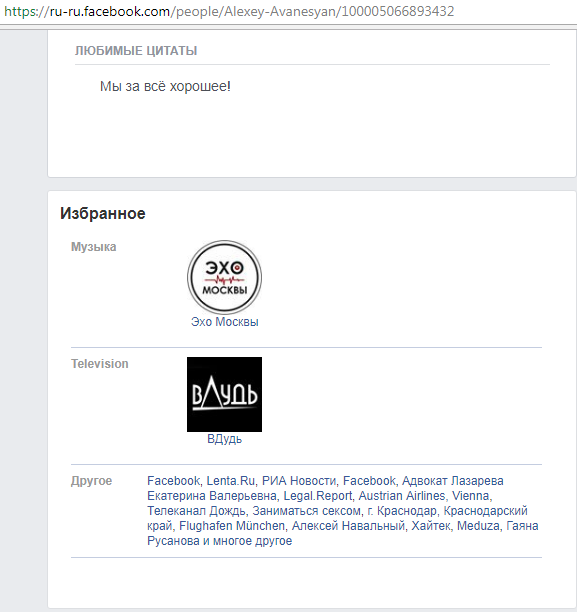 But the fallen banner was immediately picked up by the local coordinator of the garden office with the loud name “Navalny Headquarters” Razmik Simonyan (!). A comrade continued to hysteria for holding a rally in the center of the regional capital. The administration made a compromise and proposed an alternative in the form of a square in front of the “Basket-Hall”. The place is very remote from the center, but very spacious and not to say that it is not visited. However, the rally itself is not interesting to sectarian liberals, even with a thousand other adepts, they need a provocation. Naturally, Razmik went to the trail of Chirikov, so that the latter would not be bored and lonely. In defense of Simonyan, no less than the devoted sectarian Lesha, a certain lawyer Mikhail Benyash, stood up.

By the way, at the time of writing the material, the rally had already begun a march to the regional administration, where it was successfully wrapped. In the best traditions of his “god,” citizen Benyash frantically tweeted that “this is the most tremendous procession he has seen.” I don’t know on which Kuban farm, Benyash spent his life, but why, in his own words, the march that gathered as many as 3-5 thousands of people, again, according to him, is acquiring a truly epic scale. True, the regional media said only 150-t inadequate. For reference, in Novorossiysk, which is more than three times lower than Krasnodar in terms of population, the patriotic action "Peakless-2018", which only a madman can criticize for liberalism, came in from 50 thousands! 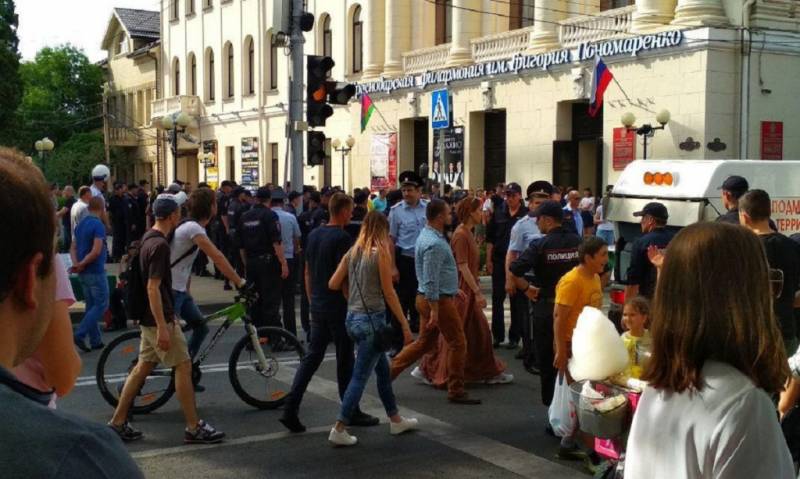 Which of these townsfolk is an ardent wrestler, and who went out for a walk? What is the difference - "we are power" ...

And how can these provocative flirtations with politics end? For this region, both political clashes and clashes on a national basis. So, on weekends, many Cossacks can be found on the main streets of Krasnodar, and on Sunday a Cossack parade traditionally takes place, beginning with a prayer at the Alexander Nevsky Cathedral. The political views of the Cossacks on the liberals are often reflected directly on the physiognomy of the latter. Maybe this is where such an active attempt is to draw representatives of the Armenian diaspora and Armenia itself into provocative actions? After all, clashes between the Cossacks and the Caucasian peoples have already taken place, especially in the "holy 90-e" and partly "zero". And this is only the Cossacks ... But the specificity of the Caucasus is such that it is worthwhile to put someone with a national coloring against the rest, as for the domino effect, the sides will start to choose all the diasporas.

But this danger of unprincipled and, as always, irresponsible oppositionists do not care. Many people even cannot understand this danger, because clinically illiterate due to the narrow views and total hatred of everything in our country - this is confirmed by every tweet of these citizens.

Ctrl Enter
Noticed oshЫbku Highlight text and press. Ctrl + Enter
We are
Su-57 and dancing with the wallet
Military Reviewin Yandex News
Military Reviewin Google News
102 comments
Information
Dear reader, to leave comments on the publication, you must sign in.