More Swedes? Intelligence aircraft of the Swedish Air Force seen in the area of ​​Russian bases in Syria

5 May 2018
47
The S102B Korpen electronic reconnaissance aircraft (102003 tail number, callsign SVF647) of the Swedish Air Force is flying daily from 1 in May 2018 to conduct reconnaissance against Russian military facilities in Syria, according to a bmpd blog with a link to ItaMilRadar on Twitter.com 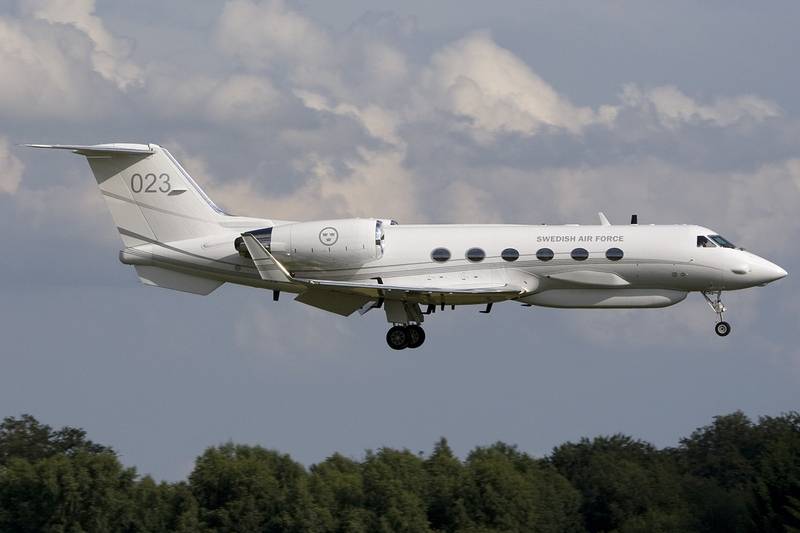 Takeoff is carried out from the airport of Larnaca in Cyprus, flights take place over the eastern part of the Mediterranean Sea along the coast of Syria, Lebanon and Israel. An average of two flights a day.

Judging by the data on reconnaissance flights S102B Korpen from Larnaca, they are conducted in conjunction with the flights of reconnaissance aircraft of the United States (primarily Boeing RC-135) and the UK.

The S102B aircraft is based on the Gulfstream IVSP business jet. The Swedish Air Force received two such aircraft at the end of the 1990s. They have on-board numbers 102002 and 102003 (own names Hugin and Munin) and are actively involved in conducting intelligence in relation to the Kaliningrad region.

Ctrl Enter
Noticed oshЫbku Highlight text and press. Ctrl + Enter
We are
And about. The head of the Ministry of Internal Affairs of Ukraine announced the beginning of the military operation in Slavyansk
Military Reviewin Yandex News
Military Reviewin Google News
47 comments
Information
Dear reader, to leave comments on the publication, you must sign in.