Army of Russia. How to create and develop the Armed Forces of the Russian Federation

7 May 2018
15
May 7 Russia celebrates the Day of the creation of the Armed Forces of the Russian Federation. This date is not chosen randomly. 26 years ago, 7 May 1992, President Boris Yeltsin signed a decree on organizational measures to establish the Ministry of Defense and the Armed Forces of the Russian Federation. This decision was a logical step in the construction of a sovereign Russian state. With the cessation of the existence of the Soviet Union, the united Soviet Army was gone. Naturally, the newly formed state - the Russian Federation - had a need to create its own armed forces. 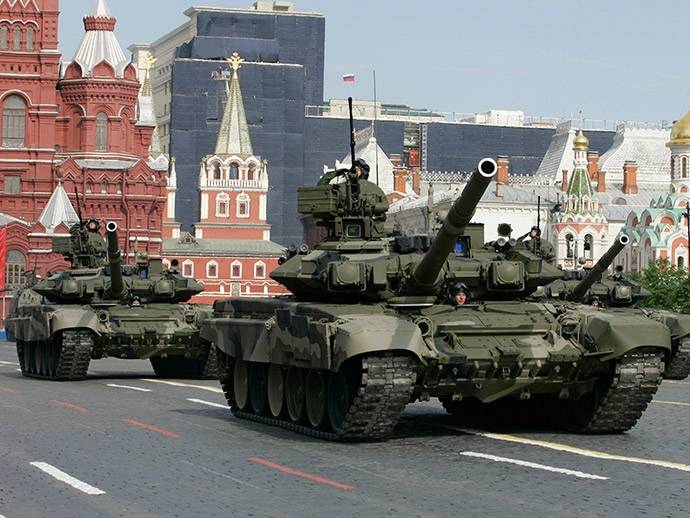 After the 7 was signed in May, the decree on the creation of the Armed Forces of the Russian Federation, Boris Yeltsin assumed the duties of the Supreme Commander-in-Chief of the Armed Forces of the Russian Federation. On the same day, Colonel-General Pavel Grachev was appointed Minister of Defense of the Russian Federation. From 3 on April 1992, he served as First Deputy Minister of Defense of the Russian Federation Yeltsin and was responsible for interaction with the armed forces of the CIS countries. The beginning of 1990-s was for Grachev a period of a dizzying career. Back in December 1990, he wore epaulets of Major General and served as first deputy commander-in-chief of the Airborne Forces, from 30 December 1990 became Commander-in-Chief of the Airborne Forces, 6 February 1991 of the year received the rank of Lieutenant General, and 23 in August 1991 - General-Colonel . Simultaneously with the appointment of Russian Defense Minister Pavel Grachev, he was given the rank of army general. Such a dizzying career was associated with the devotion that Grachev showed towards the first Russian president, Boris Yeltsin. Therefore, it was his candidacy that Yeltsin chose for the post of minister of defense of sovereign Russia.

Another likely candidate for this position could be Army General Konstantin Kobets. It was he who headed the RSFSR State Committee on Defense and Security, which operated from January to August 1991. 20 August 1991, in the days of the August putsch, Colonel-General (for that period) Konstantin Kobets was appointed Minister of Defense of the RSFSR, receiving the 24 of August 1991, the rank of army general. Unlike the paratrooper Grachev, Kobets was a signalman - a graduate of the Kiev military school of communications, he served in this kind of troops 35 years. By the time of the turning point for the domestic stories Kobets event for three years (from August 1987 of the year) served as head of the communications troops of the Armed Forces of the USSR - Deputy Chief of the General Staff of the Armed Forces of the USSR.

To the State Commission on the establishment of the Ministry of Defense, the Army and fleet Russia, formed by the decision of Yeltsin on April 4, 1992, included several people. Colonel General Dmitry Antonovich Volkogonov, a military propagandist, then a teacher, doctor of historical sciences and doctor of philosophical sciences, was appointed chairman. In 1988-1991 he led the Institute of Military History of the USSR Ministry of Defense. The commission included Grachev, Kobets and two civilians - Andrei Kokoshin and Yuri Skokov. After the creation of the Ministry of Defense of the Russian Federation, the ministry was given a difficult task - to separate the armed forces and military property of the former USSR, ensuring the creation of the armed forces of Russia.

By May 1992, the management of the Armed Forces of the Russian Federation included directorates, unions, formations, military units, institutions, military educational institutions, enterprises and organizations of the Armed Forces of the USSR located in the territory of the RSFSR, as well as troops under Russian jurisdiction Transcaucasian Military District, Western, Northern and North-Western groups of forces, the Black Sea Fleet, the Baltic Fleet, the Caspian Flotilla, the 14 Guards Army, as well as in Cuba, Germany, Mongolia and a number of other states. The total number of these troops, forces and institutions was 2,88 million people. Naturally, one of the first tasks was to reduce the size of the armed forces, withdrawing their main part from the territories of other states, primarily from the countries of Eastern Europe and the former Soviet republics. For the armed forces, the period of the beginning and middle of the 1990-ies became a time of the most serious tests - both material and, most importantly, moral. A lot of officers and ensigns were dismissed from the army "on a citizen", being completely unprepared for this. After all, they, beginning to serve in the Soviet Army, were counting on a long service with the subsequent retirement. Now, it turns out, many of them were not needed by anyone.

Difficulties with the financing of the armed forces led to a paradoxical situation for any civilized country - impoverished officers who were literally forced to survive, interrupting occasional earnings. In such a difficult situation and the formation of the Russian armed forces. I must say that on this path the Russian army was waiting for a lot of upheavals and problems. Unfortunately, already in the very first years of its existence, the Armed Forces of the Russian Federation were forced to take part in hostilities in a number of new “hot spots” in the post-Soviet space and in the territory of Russia itself. Ossetia, Tajikistan, Abkhazia, Transnistria, but the most serious test was the war in Chechnya, officially called the counter-terrorist operation. It was the Chechen war that revealed numerous problems in the organization, management, procurement, and training of the Russian armed forces, which, unfortunately, suffered very serious losses. 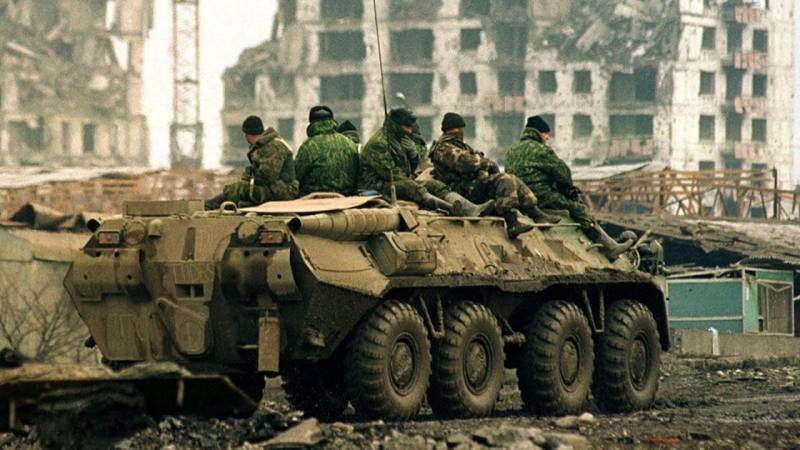 In turn, the death of military personnel, especially 18-19-year-old soldiers and sergeants of military service, led to a tension of the socio-political situation in the country. Many public organizations, politicians, ordinary citizens began to demand from the Russian authorities to immediately transfer the army to a contract basis, which was not possible due to the banal lack of funding. However, a rather impressive category of “contract soldiers” appeared in the Russian army, which over time only grew in numbers. But it was not possible to replace conscripts with contract soldiers, and it wasn’t advisable, based on the needs of the country's defense.

Responsibility for the failure in Chechnya, for the general decline of military discipline, the deterioration of the moral and psychological climate in the army, the society assigned to Army General Pavel Grachev. Ultimately, despite loyalty to Yeltsin, which the general confirmed during the October events of 1993, he was dismissed in 1996. It is known that the late Lieutenant General Alexander Lebed, who was a presidential candidate in the presidential election and concluded a corresponding agreement with Boris Yeltsin, played a significant role in this.

Pavel Grachev replaced the post of Minister of Defense of Russia, Colonel-General Igor Rodionov, who previously held the post of Chief of the Military Academy of the General Staff. Unlike Grachev, Igor Nikolayevich Rodionov held completely different views on the future of both Russia and the Russian army. Perhaps that is why he did not work well with the Yeltsin team. 22 May 1997, less than a year after the appointment, Igor Rodionov was dismissed from his post. He was replaced by Army General Igor Dmitrievich Sergeev, who became 21 on November 1997, the first Marshal of the Russian Federation. As a native of the RVSN, Sergeyev was convinced that the key role in the defense of Russia should belong to the strategic nuclear forces.

Under Sergeyev and Sergey Ivanov who replaced him in 2001, the discussion of the possibility of transferring the Russian armed forces to a contract basis continued. By 2003, it was possible to achieve that 45% of the personnel in Chechnya were contract soldiers. However, it was still not possible to fully transfer the armed forces to a contract. It was decided to recruit with contract soldiers only parts of constant combat readiness, which were to quickly solve combat missions. The main difficulty was also in financing, as well as in the absence of an appropriate social infrastructure in the locations of military units. Yet contract servicemen are not draftees, but adults, often with families that require appropriate living conditions. 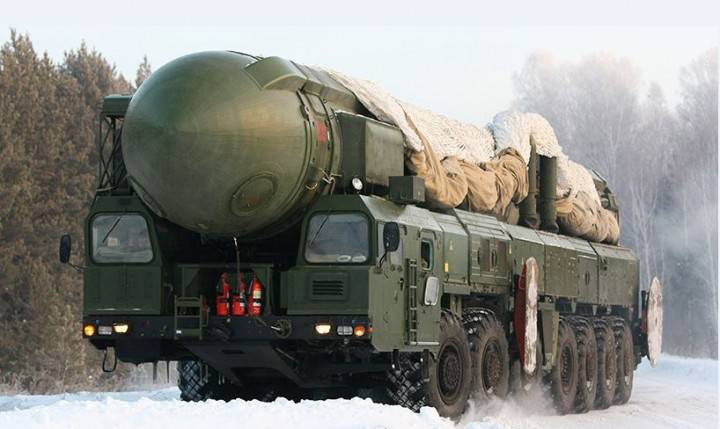 In addition to the transfer to a contract basis, the reform of the command and control system of the armed forces began to be discussed. The idea of ​​creating three regional commands was proposed, to which all the armed forces of the country would be subordinate, depending on the places of their deployment. In this case, it was planned to abolish the Main Command Committee of the types and kinds of the Armed Forces of the Russian Federation. But this idea was postponed “for later” due to funding problems. Nevertheless, when Anatoly Serdyukov replaced Ivanov in 2007, Ivanov, it was decided to return to it. Soon, the Eastern Regional Command was created, but because of the revealed inefficiency in 2008, it was disbanded.

The modern look of the Russian armed forces was formed under the last two ministers of defense - Anatoly Serdyukov and Sergey Shoigu. It is noteworthy that both of these people were not military personnel. The systemic transformations in the armed forces under Anatoly Serdyukov were swift and not always justified; they were criticized by numerous opponents. At the same time, many experts believe that the role of Serdyukov in the modernization of the Russian army is far from being rated according to merit and substantially diminished. Many of Serdyukov’s reform plans under his successor Shoigu were canceled. In particular, Shoigu expressed a sharply negative attitude towards the reform of the military education system in the country, which led to a shortage of military specialists, as well as to the abolition of the institution of ensigns in the armed forces.

In any case, the Russian army met the middle of the 2010-s already in a completely updated form, not resembling those armed forces that existed in the 1990-2000-s. Under Defense Minister Sergei Shoigu, combat training in the military was seriously intensified, the weapons were modernized, and most importantly, the Russian armed forces were tested in a new guise during the reunification of the Crimea with Russia and the fight against terrorists in Syria. In Russian society, the prestige of military service has increased many times, which was manifested in a reduction in the number of draft dodgers, an increase in competition for admission to military schools, and a general change in attitude towards military personnel. The Russian army has turned to 2015 year in the second in the military power of the army in the world. Of course, there are certain problems, but it is good that the state is rapidly modernizing the armed forces, turning them into modern, extremely effective, capable of responding quickly to changes in the military-political situation in any part of the world. 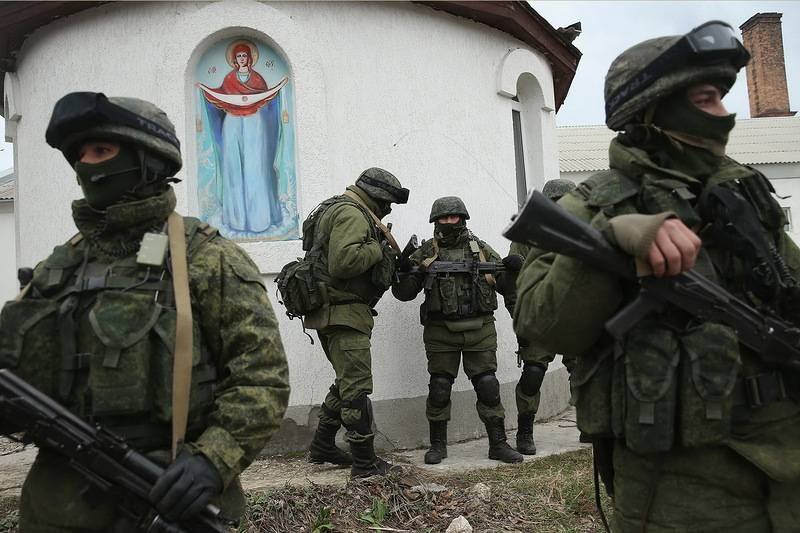 The Armed Forces of the Russian Federation are a reliable defender of the country, its main and only, if we recall the famous expression of Alexander III, ally. Despite the existing problems, the majority of the Russian servicemen are serving with honor, successfully accomplish the tasks assigned, and indeed are the pride and elite of Russian society.

Ctrl Enter
Noticed oshЫbku Highlight text and press. Ctrl + Enter
We are
Su-57 and dancing with the wallet
Military Reviewin Yandex News
Military Reviewin Google News
15 comments
Information
Dear reader, to leave comments on the publication, you must sign in.