4 May 2018
29
On Thursday PJSC Taganrog aviation scientific and technical complex named after G.M. Berieva ”(TANTK, a member of the UAC) handed over to the Naval Aviation the next overhaul of anti-submarine Tu-142MK with tail number“ 54 ”, reports press office corporations. 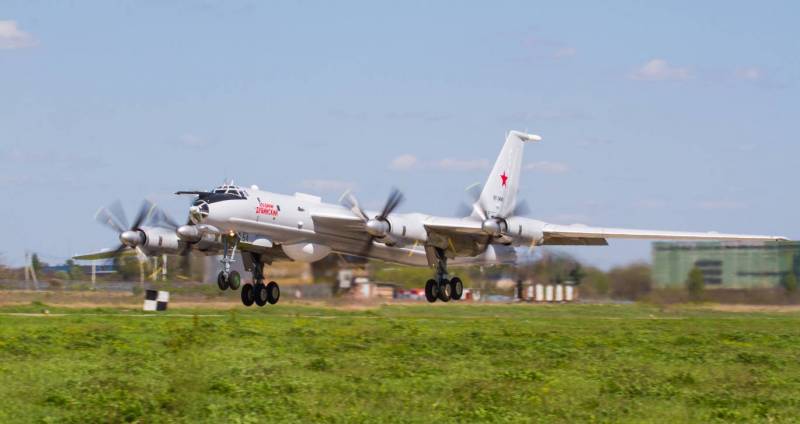 The updated aircraft received its own name "Vladimir Dubinsky" in honor of the first commander of the 76th separate anti-submarine aviation regiment of the North fleet. Colonel Vladimir Ivanovich Dubinsky - "Honored Military Pilot of the USSR."

“After passing all the necessary tests, the Tu-142MK was handed over to the naval aviation crew of the Red Banner Northern Fleet and successfully made a flight to its permanent home base,” the United Aircraft Corporation said in a release.

Tu-142 - Soviet and Russian long-range anti-submarine aircraft. The developer is Tupolev OKB. Produced from 1968 th to 1994 year. It is used for long-distance ocean intelligence, search and tracking of enemy targets. In total, about a hundred units of Tu-142 aircraft of various modifications were produced.

Ctrl Enter
Noticed oshЫbku Highlight text and press. Ctrl + Enter
We are
The second this year aircraft Be-200ChS will be transferred to the customer at the end of JuneFiftieth “Tu” aircraft repaired in Taganrog
Military Reviewin Yandex News
Military Reviewin Google News
29 comments
Information
Dear reader, to leave comments on the publication, you must sign in.