In the US, told about the main advantages of the Su-57

4 May 2018
67
The Drive experts reviewed and assessed the technical characteristics of the Su-5 Russian multi-role fighter 57, reports RIA News. 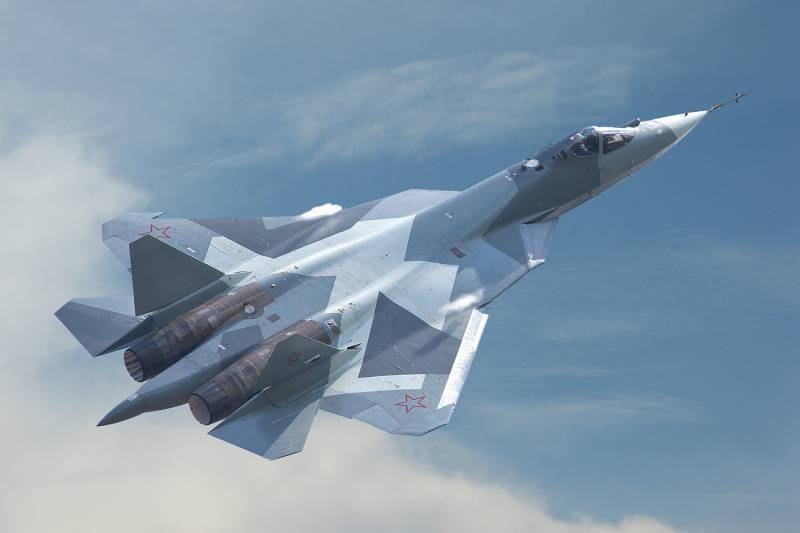 The authors noted "a balanced approach of the Sukhoi Design Bureau to the development of stealth technology," which allows reducing the visibility of the fighter. According to them, "Su-57 occupies an intermediate position between the American F / A-18E / F Super Hornet and the Chinese J-20."

The experts also drew attention to the complex radar with an active phased array antenna (AFAR) X-band, the elements of which are located not only in the nose of the Su-57, but also on the sides: “Such a station not only significantly increases the pilot’s situational awareness, but also position in relation to the aircraft of the enemy makes the fighter almost imperceptible. "

This optic-electronic impact system was seen on several Su-57 models and, if it works as it is announced, it can have a big impact on protecting the aircraft against advanced homing missiles,
Says the article.

As the authors noted, “the reliability of the fighter gives a powerful chassis, which is indispensable when performing various unscheduled operations, and the three-dimensional system of deflection of the thrust vector greatly increases the maneuverability of the aircraft.”

This is the first time that a three-dimensional thrust vector deflection system is integrated into a fighter with stealth technology,
they write.

Experts were also struck by the intra-body placement of the missiles: “The Su-57 has several compartments for air-to-air and air-to-surface missiles.”

As a result, the authors came to the conclusion that a promising machine is a “clever combination of capabilities” and may well become a “skillful and very valuable fighter”.

Recall, the first flight of the Su-57 took place at the beginning of 2010, in Komsomolsk-on-Amur. The serial batch of 12 machines of the Russian Aerospace System of the Russian Federation should be received in 2019 year.