A gift to Kiev for May 9. Construction of the Nord Stream-2 began in Germany

4 May 2018
75
On the territory of the German commune of Lubmin (Mecklenburg-Western Pomerania), the preparation of the construction site for access to the shore of the Nord Stream-2 gas pipeline began, reports RIA News message operator Nord Stream 2 AG. 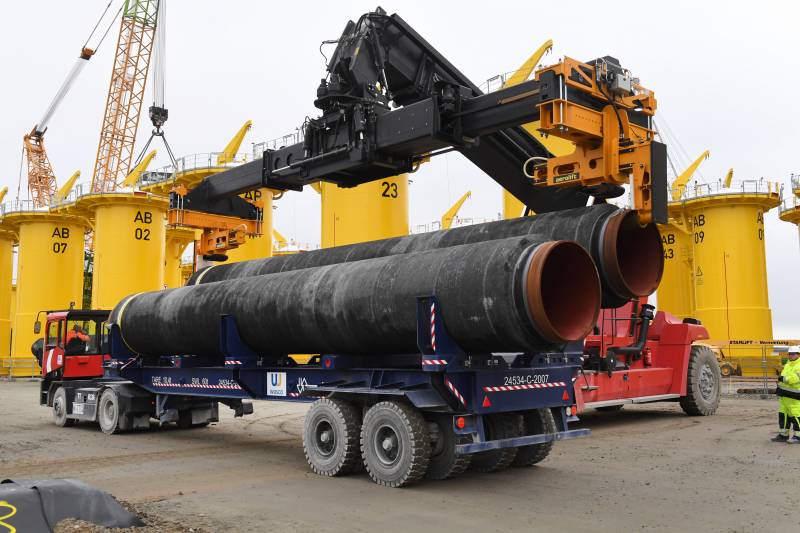 According to the representative of the operating company, the preparation process includes “clearing the territory, completing the construction of administrative buildings, as well as preparing for installation work in the landfall zone”.

The interlocutor of the agency stressed that all construction work "is carried out in accordance with permits."

Recall, the Government of Germany issued a permit to build a gas pipeline at the end of March. Consent to laying the “Nord Stream-2” also provided Finland. In the coming months, the operator expects permission from Sweden and Denmark.

The project involves the construction of two gas lines with a total capacity of 55 billion cubic meters per year. New pipelines are being laid near the current Nord Stream.

Ctrl Enter
Noticed oshЫbku Highlight text and press. Ctrl + Enter
We are
Germany granted the right to build the “Nord Stream-2” in its territorial waters and on land
Military Reviewin Yandex News
Military Reviewin Google News
75 comments
Information
Dear reader, to leave comments on the publication, you must sign in.