The art of holding a state break

4 May 2018
169
The wisdom of the ruler is not to be led by momentary emotions and fleeting moods, but to make such decisions, for which in the future will not be ashamed. 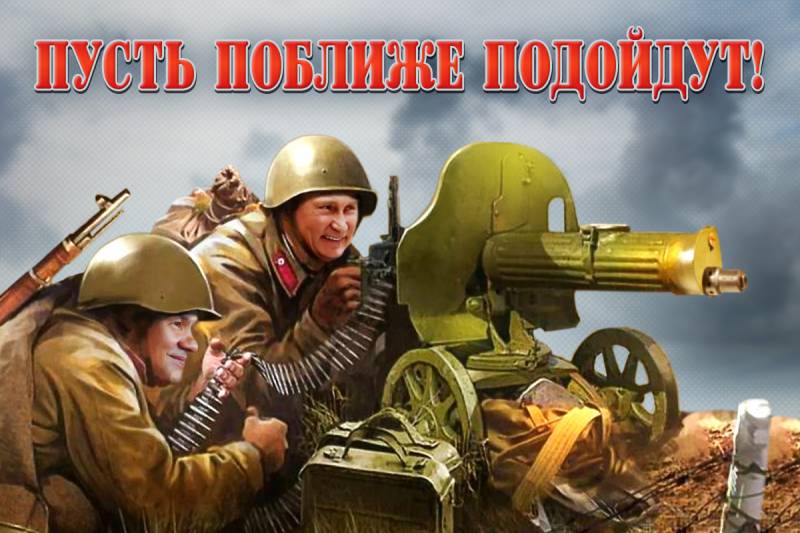 I remember well how many more recently there were misunderstandings and even a frank stench at the Russian leadership from the unruly Internet community about Moscow’s “indecisive, unprincipled and cowardly” position in the situation with the seizure of the Russian vessel Nord and its crew by the Ukrainian authorities.

The demands of the outraged public to immediately take radical measures, including the assault by the Russian special forces of the Ukrainian SIZO, where Russian sailors were held, literally flooded with social networks. At the same time, the “boiling mind” of the thirsting for instant revenge from the public, it seems, didn’t take into account at all that during this epic assault, the saved people and many others would probably have died. And this is despite the fact that, even with the worst case scenario, we honestly admit that the lives of the crew members captured by the Ukrainian national bullies did not threaten. A fine or jail sentence is the maximum that they have shone even in the present Ukraine that has gone crazy.

And so “Golden Grove dissuaded”, boiled over “outraged mind”, and the public had new reasons for extreme concern. The same Armenia, for example. Yes, and with the crew of the "Nord" situation is almost normalized after its transfer into the hands of Russian diplomats. In general, the topic clearly went somewhere on the periphery of public attention. For which our Internet extremes fit to put a minus count on the subject “Protection of Russian State Dignity”. And really! At first, Russia, at their request, should have almost started a full-scale war with Ukraine. And then they just gave up on this historywhich by itself was almost discharged and besides, it was bored to hunt for new thrills to the public. But is it really necessary to protect the interests of your country?

Thank God that the state decision-making mechanism in Russia as heaven is different from what is generally accepted on the Internet, and the behavior style of top officials of the Russian Federation has nothing to do with the rapid ecstasy of other infantile fans of the World of Tanks game.

That is why the state did not start a war on such a clearly disproportionate issue. But at the same time, he didn’t become like “social activists” forever fluttering from topic to topic. And calmly, after compulsory understanding of the situation and the development of an adequate plan of action for such, proceeded to response steps. And they, as one would expect, turned out to be much more sensible and effective than the emissions of the loud-sounding mind of the public in the network. Which is for everything sick, but, alas, is not responsible for anything.

The Russian authorities did not seize anyone or, even more so, let it sink to the bottom. They simply said in an even voice that from now on the Russian Black Sea Fleet has the task to protect the interests of Russian navigation in the Sea of ​​Azov. For Ukrainian ears, this was quite enough. For the cat knows whose meat ate. Overnight, the entire fishing industry of Ukraine in the Azov-Black Sea basin was paralyzed. There was no one who wanted to make sure by personal experience that the naval rendezvous with the Russian warships was completely safe in Ukraine. And those will not be soon.

Thus, Russia accurately and prudently dealt a significant blow to the economic interests and social stability of Ukraine, in fact opposing to the Kiev regime the part of the population of Azov region that lives by fishing and which, owing to the adventurism of its rulers, lost its normal earnings. Contrasting it with Kiev, because the brazen seizure of a Russian ship was most likely regarded by sensible people in Ukraine, of whom there are quite a few, as the utter stupidity of the Kiev authorities, giving Russia the right to a tough answer. Thus, the Ukrainian government is already slurping trouble with a full spoon.

But this is not the end of the story. The Russian punishment of reckless and extremely short-sighted Kiev Russophobes is just beginning. There are reports of mass detentions and harsh checks by Russian border guards in the area of ​​the Crimean Bridge of almost all merchant ships en route to the Ukrainian port of Mariupol. Meanwhile, this city is not the easiest point on the map of Ukraine. Not only is it front-line. The largest metallurgical enterprises of this country are concentrated in Mariupol, including the famous “Azovstal”, whose products are mainly exported and, as you probably guessed, by sea.

No, I’m not saying at all that the next step for Russia will be the complete sea blockade of Mariupol with the inevitable in this case stopping its plants and the explosion of mass discontent of the dispossessed population. Everything has its time. But if the Kiev elite continued to become impudent in the mode of traditional lawlessness for her, then I would not rule out such a development of events.

And notice that the tough actions of Russia, which have become a response to the pirate "craft" of the Ukrainian authorities, are thought out in such a way that they work not so much to increase the confrontation between the "two parts of one people", according to Vladimir Putin’s apt expression, but to deepen the gap between a part of this people, living in Ukraine, and the usurpers of power seated in Kiev. And this is perhaps the best thing that Russia can do to liberate Ukraine from the ugly product of Washington's geopolitics, which now rules there.

The above example vividly illustrates the huge distance between irresponsible "outsiders' advice", which, alas, often inflicts a mass man in the street and responsible government policies, the main purpose of which is to act in an optimal way for the country. Even if it is not as lightning-fast, bright and enchanting, as is required by the habits brought up by the show business of the modern public.

Exactly the same algorithm is present in a number of other recent Russian state decisions. Due to the rather high quality of which we still refrain from the rampant sinking of the American aircraft carrier in the Mediterranean Sea, from the explosion of the Yellowstone volcano and even from the shooting down of American spy planes stubbornly snooping around the Crimea.

Although this, to be honest, sometimes a lot of Internet fans, who are concerned about the fate of Russia almost more than Putin himself and always accuse him of having “merged” again, insist very strongly insist.

But that is the fundamental difference between us, mere mortals and the head of state, that he, unlike most of us, bears concrete and personal responsibility for the whole country, for its future, and for you and me. Therefore, he, unlike the typical Internet strategist, does not succeed in something that rashly boils something, and then dissolve completely in the virtual space. That is why Putin is almost never in a hurry to respond to the constantly emerging challenges and, moreover, to direct provocations. In such cases, he pauses and ponders the response. And clearly seeks to choose the one that is optimal.

That is how he recently chose the time to, after a long and hard work, at one moment to announce to the whole world about the creation of a unique Russian weapons and thereby put it before a completely new global reality.

That’s how he now operates in Syria, where many idle viewers just sometimes lack the vivid impressions of Russia's actions. Not realizing that the empty shelves of food stores can become a payment for these vivid impressions, a summons to the draft board in the order of general mobilization and a brass band that will play in your house, but you will not hear it anymore.

Unlike fans of informational adrenaline, the president cannot but understand the interdependence of these things. And it acts in such a way that, in protecting the interests of the country, it does not harm it. And for those who are not satisfied with such logic of Putin, I can give only one piece of advice: to offer the country oneself as the main state “reshaly” and first of all to sink the American aircraft carrier. Just do not be offended if after that the same citizens who today demand exactly the same from Putin on the Internet will tear you away.

Ctrl Enter
Noticed oshЫbku Highlight text and press. Ctrl + Enter
We are
Situational analysis of the death of the MH17 flight (Malaysian Boeing 777), made on the basis of engineering analysis from 15.08.2014Syria: Americans scare themselves, and Asma Asad buys chairs
Military Reviewin Yandex News
Military Reviewin Google News
169 comments
Information
Dear reader, to leave comments on the publication, you must sign in.