For desert and mountains. Victory Parade will show the latest ATVs

3 May 2018
85
At the upcoming Victory Parade on Red Square, several new products will be presented, the Ministry of Defense of the Russian Federation reported. Among them will be the AM-1 army moto-all-terrain vehicle, which continually flashes in reports from the exercises of the airborne troops and special-purpose units. Its weight is only 460 kg. Lifting capacity at the same time reaches 300 kg. Gross trailer weight - 500 kg. 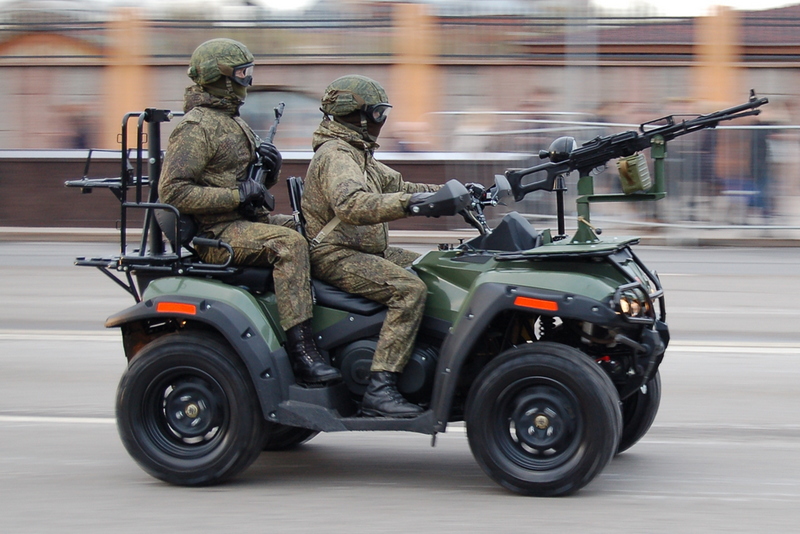 This ATV can be a vehicle for two fully equipped servicemen. The parade machines are armed with 7,62-mm Pecheneg PKP machine guns, capable of destroying an enemy at a distance in the 1500 m. Other weapons, such as automatic grenade launchers, can be installed.

Motor-all-terrain vehicles confidently feel on the sand dunes of deserts, in the mountains, in extreme conditions of the Arctic. The Airborne Troops and the special forces will not let them down during the passage along the pavement of Red Square.

Ctrl Enter
Noticed oshЫbku Highlight text and press. Ctrl + Enter
We are
The weekly summary of 9-15 December about the military and social situation in the DNR and the LC from the military men "Mag"
Military Reviewin Yandex News
Military Reviewin Google News
85 comments
Information
Dear reader, to leave comments on the publication, you must sign in.