4 May 2018
39
The leader of the LC, Leonid Pasechnik, stated that the war in the Donbass is returning to a hot phase. 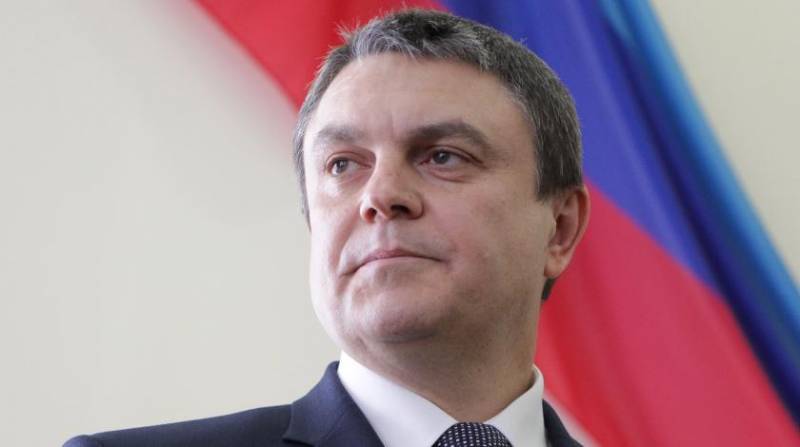 "The new wave of military and terrorist activity in the Donbas from the side acting in Ukraine again brings the conflict into a hot phase," the head of the LC told reporters.

However, we are, fortunately, not yet talking about massive attacks, attempts to break through the defense of Donbass defenders in order to surround large cities and access the Russian border, as it was in the summer of 2014.

There is an intensification of the terrorist efforts of the Kiev junta, which Pasechnik, a native of the special services and a professional counterintelligence officer, has designated as the “hot phase”.

He stressed that the special services and the Armed Forces of Ukraine intensified activities aimed at escalating the conflict. “This is confirmed only recently, by the cynical shelling of the parade calculation, which was preparing to celebrate Victory Day, and mortar shelling of the power bridge under construction, and the bombardment of the MIA LPR checkpoint unmanned, which resulted in three police officers,” said the head of the Republic.

Indeed, the preparations of the Ukrainian special services for the May holidays and / or the change in the format of the punitive operation in the Donbas were impressive.

So, for example, the Ministry of State Security of the Republic of Lithuania managed to prevent a large-scale sabotage that Kiev terrorist groups were supposed to carry out during the May holidays.

The intelligence agency of the republic obtained information on a comprehensive comprehensive plan for destabilizing the situation in the Luhansk People's Republic. The plans of the terrorists was an attempt on the officials, sabotage and terrorist acts on the objects of the military and civilian infrastructure.

The organs of the MGB, of course, immediately began to work out operational information, which was immediately confirmed.

Thus, in the area of ​​the Krasnodon settlement, an improvised explosive device on the fiber-optic backbone and a place for laying a second IED were discovered and neutralized. If this diversion could be accomplished, the work of the Internet in the territory of the republic would be paralyzed, cellular communications would be out of order, and important objects of social and economic support for the LPR, primarily in the banking and services sectors. 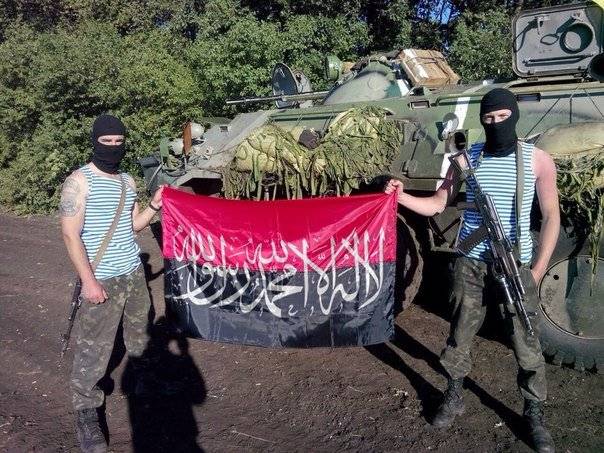 The goal of this kind of action is obvious - to destabilize the social situation in the people's republics - to leave people without communication, without money (the credit and banking system will be paralyzed), without public services, to disable a number of measures. At the same time, specially trained agents will spread rumors (this is already happening) about guilt in all troubles of local authorities.

That is, we are talking about the close cooperation of the bodies of psychological operations (PSO) and sabotage (terrorist) structures of the Security Service of Ukraine and SSO GUR VSU.

The tasks of the PSO units of Ukraine the other day, in an interview with the Kiev magazine Focus, were formulated by the Ukrainian military expert Denis Popovich, well-known for his relations with intelligence agencies. He pointed out that the task of the units of psychological operations and the civil structures that assist them is the following: “To conduct a broad information campaign in the Donbas explaining that it is not Ukraine who is their enemy, but Russia. It was the Russian Federation that brought the war to the land of Donbass ... This can be done by distributing leaflets, undercover work, and broadcasting the corresponding television and radio broadcasts. ” 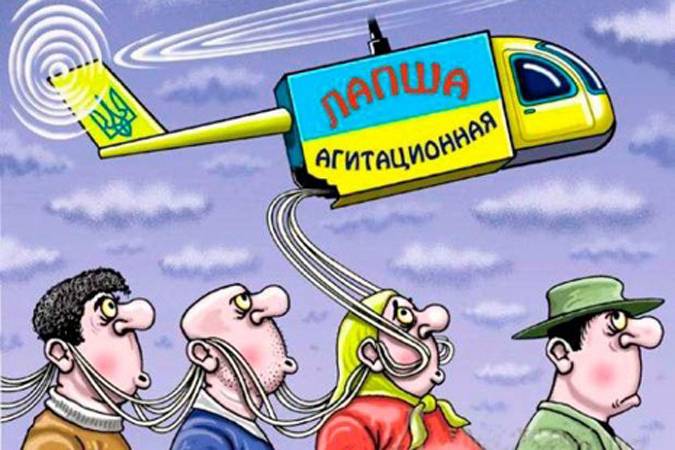 The tasks of the “masters of psychological sabotage” are facilitated by the fact that there is a very difficult social condition in the Donbas. People are tired of the ongoing war, the devastation and the associated high cost of living and poverty. A certain part of the population is experiencing understandable disappointment. Comparatively recently and with great difficulty, the authorities of the people's republics managed to cope with partisanism, and even with outright banditry of certain field commanders.

Moreover, the resources of the warring republics for the speedy revival of civilian life and the improvement of the well-being of citizens are very small.

Depression, a sense of hopelessness, fatigue are excellent grounds for provocations and the spread of rumors, even the most absurd and ridiculous.

Ukrainian terrorists must worsen the situation even more. Moreover, it is obvious that the “simple” extermination of Donbassians with artillery strikes on residential quarters will now be complemented by sabotage and terrorist attacks aimed at destroying civilian infrastructure, disrupting the revival of peaceful life, and creating social tensions.

Within the framework of the “new format”, the Kiev punishers are preparing to take on this “work” on a large scale. Only in recent days, the LPR intelligence agencies gathered information about two terrorist training centers. 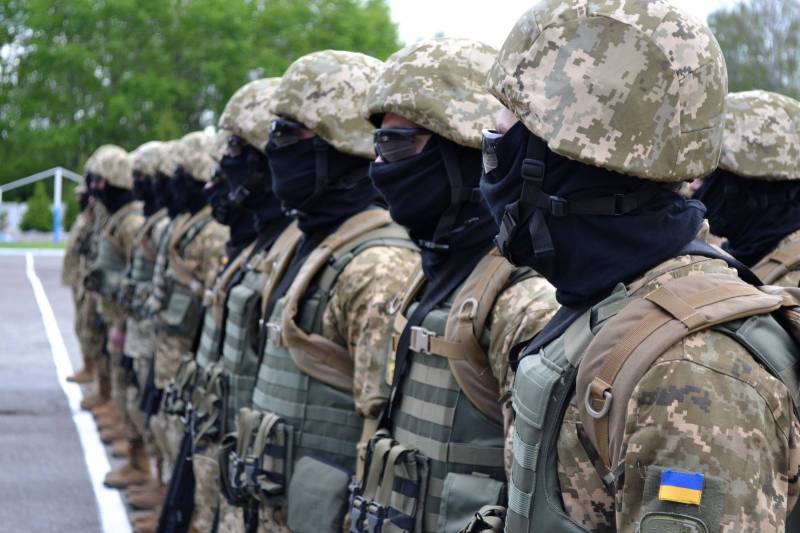 The Ministry of State Security of the Luhansk People's Republic received a list of names with passport data of a foreign NATO combat group that was involved in the training of Ukrainian saboteurs operating in the territory of the people's republics of Donbass to the detriment of state security and the interests of their citizens.

In one of them, the terrorists are trained by NATO intelligence officers under the leadership of the Norwegian colonel Johard Eidheim. Under his leadership, there are military servicemen instructors from Norway, Canada, Denmark and Latvia. Thanks to its agents, the Ministry of State Security of the LPR has all the installation data for these teachers of terrorists, up to the numbers of their certificates.

Another training center for terrorists is even more interesting. It is located in the area of ​​Novopetrovka, Berdyansk district, Zaporozhye region, and formally does not belong to either the SSU or the SSO.

On this private base, future terrorists are trained in sniper and explosive business, including the manufacture of guided explosive devices, booby traps and "surprises". It did not go without foreign instructors, formally - retirees. They are led by a citizen of Georgia, a certain Maruashvili.

The “cadets” of this center are purposefully preparing for carrying out terrorist acts on the territory of the DPR and the LPR and liquidating representatives of the leadership, military command and those whom Kiev has sentenced to death.

Formally, the organizer of this center and the tenant of its territory is one of the deputies - the neo-Nazis of VRU. Actually, he is a trustee of the SBU, receiving instructions from her and funds for the center.

This “laying” is necessary for the Kiev junta for the simple reason that the “cadets” of the center have to commit so filthy and terrible crimes that Kiev intends to retain the opportunity to refute its involvement in them, writing off everything to “uncontrollable” radicals.

As we see, the contours of environmental protection gradually acquire distinct outlines. It seems that the Kiev regime intends to act against the LDNR in accordance with the formula of Al Capone "A good word and a revolver can do more than one kind word." Where the role of the "good word" is performed by Kiev propagandists and PSO units, and the role of the revolver, respectively, the terrorists are both "private" and state. 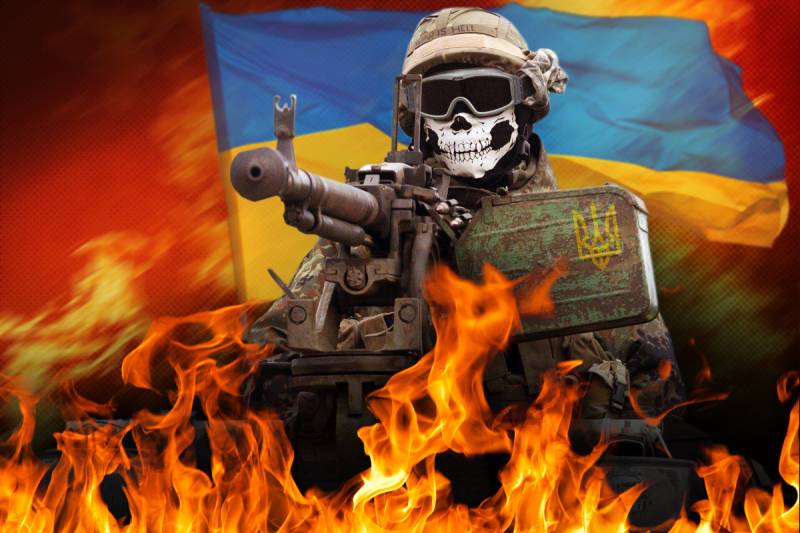 The only thing that is not entirely clear is how Kiev, which is deploying a large-scale terrorist war in the Donbas and making a major stake in terror, expects to lure foreign peacekeepers there. After the explosions of the barracks with the peacekeepers in Beirut in 1983, the "blue helmets" by all means avoid places of increased terrorist activity.

Ctrl Enter
Noticed oshЫbku Highlight text and press. Ctrl + Enter
We are
Situational analysis of the death of the MH17 flight (Malaysian Boeing 777), made on the basis of engineering analysis from 15.08.2014Results of the week. “In our cooperative, the board is always agreed”
Military Reviewin Yandex News
Military Reviewin Google News
39 comments
Information
Dear reader, to leave comments on the publication, you must sign in.