Signalers. The path to immortality 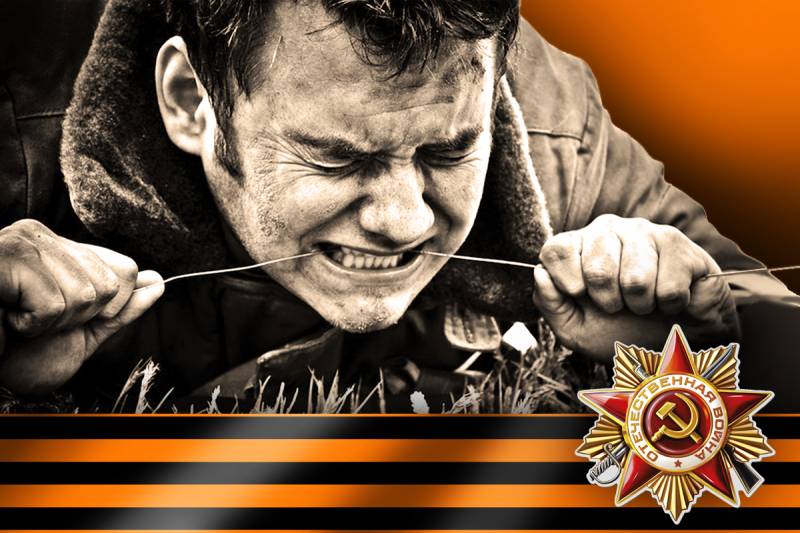 At the beginning of December 1941, the troops of the Western Front fought hard defensive battles on the near approaches to Moscow. December 1 enemy troops attempted to break through to the capital on a broader front. In the areas of Naro-Fominsk, Kamensky, Zvenigorod and west of Kubinka, enemy attacks were repulsed.

In these battles, Sergeant Nikolai Sergeevich Novikov, senior linear taskmaster of the 28 Guards Communication Battalion, accomplished a feat. Extract from his premium sheet: “Comrade. Novikov served the line from the command post of the division commander to the unit of Major Bezzubov. The leaked large group of machine gunners held the line under fire. Despite the strong fire of the enemy comrade. Novikov crawled from one precipice to another and rectified them lying down. At that moment, when he spliced ​​the last breakthrough, he was severely wounded from a machine gun. Bleeding, comrade. Novikov, remembering his duty as a telephonist, clamped the torn wires in his teeth, which restored the connection. ”

Thanks to the heroism of Nikolay Novikov, it became possible to inform the headquarters of the German offensive. Reinforcement arrived at this site, and the enemy’s attack choked. As a result of stubborn battles, the enemy group operating in the Naro-Fominsk direction was defeated.

During the Great Patriotic War, the defenders of the motherland showed mass heroism.

In October 1942, the 308 Infantry Division participated in the battles for Stalingrad. The commander of the liaison office was Sergeant Putilov Matvey Mefodevich.

October 25, our fighters, being on the front line in the thick of the heat, held the house for the second day surrounded by the Nazis. Because of the mortar shells breaks, they lost contact with the regimental headquarters. During the ongoing shelling, two signalers tried to restore the message, but were killed. When Putilov, replacing his dead comrades, under the explosions, tried to establish a connection, he was wounded in the shoulder by a splinter of a mine. After that, he managed, through the pain, to crawl to the point where the field cable was broken, but was injured a second time. With an enemy mine he crushed his other hand. Matvey tried many times to connect the ends of the wire, but due to his injuries, it was impossible. Several times he lost consciousness, and when he realized that the forces were leaving, he clamped the ends of the wire with his teeth and sent a current through the body. Communication has been restored. The 19-year-old sergeant died with the ends of telephone wires clamped in his teeth.

History about the “dead grip” of the hero spread all over the front, and his native regiment released a handwritten leaflet dedicated to the feat:

“Death to the German invaders! Read and tell your friend! Stalingrad! Be persistent, like Matthew Putilov. He was an ordinary signaler and often was where the enemy shells and mines bored the wires, where exploding bombs disrupted communication — the nerve of the Stalingrad defense. Today, on the line with an enemy mine, his arm was crushed. Losing consciousness, he firmly clamped the wire with his teeth. After reestablishing the connection, he died with wire in his teeth. Take revenge for Matthew "!

Sergeant Putilov's telephone coil was transmitted as a symbol of valor and heroism to the best telecommist of the 308 rifle division.

In the same place, in Stalingrad, not far from the Volga, near the Banny Ravine, the signalman of the 91-th separate communications regiment of the 62-th army Vasily Titaev heroically died. Eliminating a breakthrough on the line under mortar fire, he was wounded in the head and perishing, he squeezed the wires with his teeth.

The feat of Vasily Titayev is captured at the Panorama of the Battle of Stalingrad.

The fact that signalmen, dying, do not leave the post, the poet Alexei Surkov wrote:

... The autumn day was robed and gloomy.
Trembled by explosions near Moscow log.
The signalman squeezed his teeth thin cord
And for a snowdrift, shooting, lay down.
Only an hour later he was found in the snow.
In the big eyes the blue stood.
Between the dead lips flowed over the wire
Lively team solid words.
Signaler and in death did not leave the post,
Crowning your abusive labor,
He was one of those who, rising to the height,
Immortality, like cities, take.

Ctrl Enter
Noticed oshЫbku Highlight text and press. Ctrl + Enter
We are
The unexpected war of Hitler's Germany with the USSR (part 3)Commentary on A. Petrov's interview “Fire and Tactics in the Russian Army: Another Look”
Military Reviewin Yandex News
Military Reviewin Google News
41 comment
Information
Dear reader, to leave comments on the publication, you must sign in.