1 May 2018
193
The parliamentary faction of the ruling Republican Party of Armenia decided to vote against Nikol Pashinyan’s candidacy as Prime Minister of Armenia. The deputies of the national assembly voted against the leader of the protests, who was nominated for the post of prime minister. 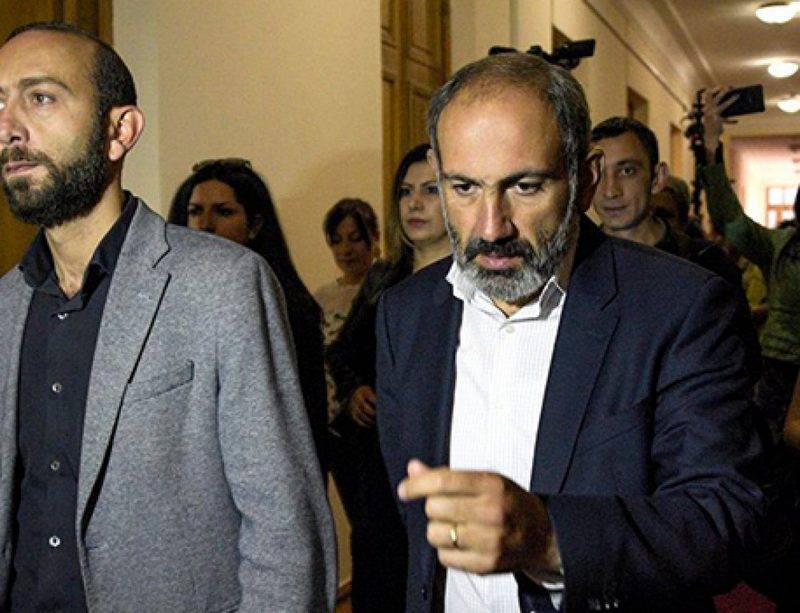 Considering the threats if our country deviates from the existing political course, considering the fateful threats if elected to the post of prime minister, the Republican Party declares that we recognize the victory of the popular movement, we agree with the criticism about the socio-economic situation in the country, we reckon with the people movement and responded to this by the resignation of Prime Minister Serzh Sargsyan. We will vote against Pashinyan’s candidacy in order to avoid visible threats, a big wave of instability
- said the leader of the parliamentary faction of the Republican Party Vahram Baghdasaryan, speaking in parliament.

The meeting was attended by an 102 MP from 105. To win, Pashinyan needed to get at least 53 votes. 45 deputies voted for his candidacy, 56 opposed him.

In turn, Pashinyan stated in connection with this even before the voting in the parliament that the Republican party had destroyed itself by discussions in the Armenian parliament on the issue of electing a new prime minister.

Your political power destroys itself. You cross the border of self-destruction, where there is no return. But you still have the opportunity not to cross this border. I say it without threats. There is no scenario in which the popular movement cannot win. It is only a matter of time.
- said Pashinyan, speaking in parliament.

He also appealed to several thousand of his supporters on Republic Square, urging them to wait.

I reiterate that I am ready to form a government of consent. Immediately after a positive vote, I am ready to begin a series of consultations so that we can together solve the tasks of the transition period. We must overcome this crisis. The question is whether you want your people to win or not. But this victory will take place in any case. You can't stop it
- declared Pashinyan.

Ctrl Enter
Noticed oshЫbku Highlight text and press. Ctrl + Enter
We are
For this and fought? Leader of protests Pashinyan - the only candidate for the post of prime minister
Military Reviewin Yandex News
Military Reviewin Google News
193 comments
Information
Dear reader, to leave comments on the publication, you must sign in.