1 May 2018
112
The famous Soviet song read “There is a beginning for a revolution, there is no end for a revolution”. And this can be fully attributed to the Armenian “velvet revolution”, which initially declared the resignation of Serzh Sargsyan as its main goal. 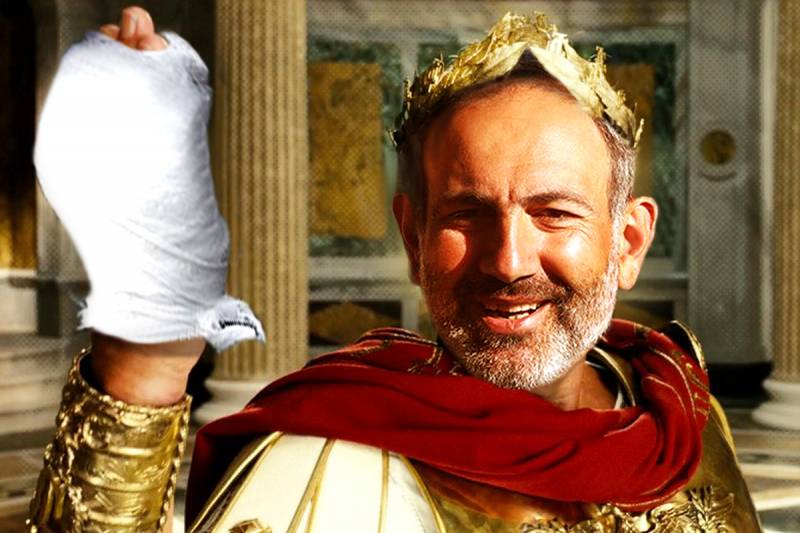 But after it was achieved, the revolutionaries did not at all curtail their protest actions and did not go home.

Instead, the "Protestants" set their sights on the occupation of the highest power heights of the republic, and now the main "velvet revolutionist" Nikol Pashinyan was officially approved as a candidate for the post of prime minister of Armenia.

“On the issue of the composition of the government, nothing concrete has been decided yet. I'm still just a candidate for premiere. But my first step will be the formation of guarantees for the conduct of legitimate, fair and fair elections, ”Interfax quotes Pashinyan as saying.

Note that this event was preceded by some "bride", arranged "velvet revolutionary" Russian lawmakers.

The delegation of Russian deputies and senates, which arrived in Yerevan on a special visit, met with its Armenian counterparts, including the leader of the Yelk Party, Pashinyan. Although it is obvious that it was the meeting with him that was the main task of the “deputy troops”. 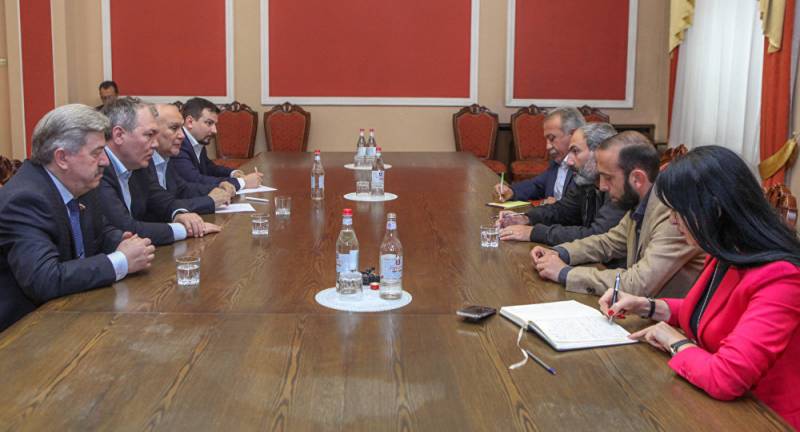 A number of experts have long urged the Russian authorities not to repeat the “Ukrainian mistakes” and diversify their political contacts in Armenia. In principle, Moscow almost immediately took a detached position, making it clear that what is happening is the internal affairs of Armenia, in which it is not going to interfere.

Moreover, in recent days, Nikol Pashinyan, who has a reputation as a pro-Western politician and has even more pro-Western people in his circle, has seriously changed his rhetoric on the “Russian issue”, which, it must be admitted, has always occupied a prominent place in protest speeches in Armenia. 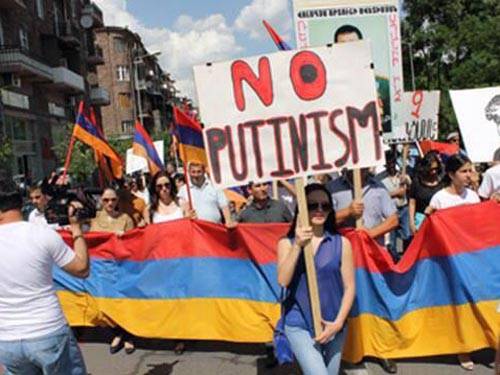 Pashinyan now constantly emphasizes that the ongoing process in Armenia has purely internal reasons, goals and significance, that he has no geopolitical connotation.

Now the leader of the “Protestants” is no longer against Armenia’s membership in the CSTO or the Eurasian Economic Union, but only proposes to discuss the existing problems with partners, in particular with Russia. Pashinyan assures that nothing threatens the interests of Russia in Armenia and in particular of the Russian military base in Armenian Gyumri even in case of a change of power.

He repeated what he said in recent days at rallies and press conferences, and he repeated it to the Russian parliamentarians.

“The meeting was successful <...> And we heard what he said that Russia was a priority for him, Eurasian economic cooperation, the CSTO, border protection by our border services, the deployment of the 205th brigade. In general, when it comes to foreign policy, it is a reference point towards Russia. This was stated to them, "- said RIA News Deputy Chairman of the State Duma Committee on CIS Affairs, Viktor Vodolatsky.

One can, of course, assume that Pashinyan is maneuvering in order to gain support or at least neutrality of Russia in the current political battle. And having won, he will not think to fulfill his obligations.

However, we must take into account the fact that Armenia needs Russia incomparably more than Armenia needs Russia. Actually, our country is the only guarantor of the security of this country, which is in a completely non-friendly environment. And no one else will give such guarantees.

And based only on this (even without considering economic, cultural and other components), the leadership of Armenia of any composition and any views will be forced to consider relations with Russia a priority. If it, of course, does not intend to purposefully ruin his country. Armenia is not Ukraine, and objectively it has nowhere to go.

At the same time, within the framework of the existing union, it can bargain, try to “extort” something, intrigue, and even try to blackmail. But - in the existing framework.

However, the problem of changing the geopolitical vector of the new government is not the only one.

Pashinyan clearly demonstrated that he is not going to give up the “people's democracy”, that is, the pressure of the revolutionary crowd acting on behalf of the whole people on the power structures.

Such “political mechanisms”, of course, having nothing in common with democracy, almost completely exclude the possibility of making weighted and thoughtful decisions.

However, Pashinyan, demonstrating the enviable capabilities of a political manipulator, uses the system of behind-the-scenes arrangements and deals with no less success than crowd pressure.

The political system of Armenia after the sudden departure of the long-term leader of the country comes at a loss close to collapse, which seriously facilitates the movement of the protest leader to the political Olympus.

Pashinyan himself considers the popular support received as the legal basis for his claims to the post of head of government, which has become the highest in the country in accordance with the constitutional amendments "under Serzh Sargsyan".

The Republican Party of Armenia, which still opposes the revolutionaries, headed by Karen Karapetyan, seems to be trying to reduce the heat of protest sentiments and ease the pressure of the “square”, and also try to recover from the “defeat” of the existing political system.

Strictly speaking, the likelihood that Pashinyan will head the government, temporary or permanent, is very high. In this case, the new leadership of Armenia will face the following task: using a considerable credit of national trust, to stabilize the situation, to stop the protests, directing their energy in a constructive direction.

To a large extent, this will depend on whether Pashinyan, who proved to be a clever intriguer and a charismatic leader, can be a responsible and balanced politician. Strictly speaking, the survival of the country depends on it.

As we know, in recent days, troops have been accumulating in the frontline zone of the NKR with the Armed Forces of Azerbaijan and creating a strike force.

25 April, the meeting of the presidents of Azerbaijan and Turkey was held in Ankara. In which, according to insider sources, Ilham Aliyev and Recep Tayyip Erdogan discussed the “Karabakh issue” in the light of new political realities and reached certain agreements on it. 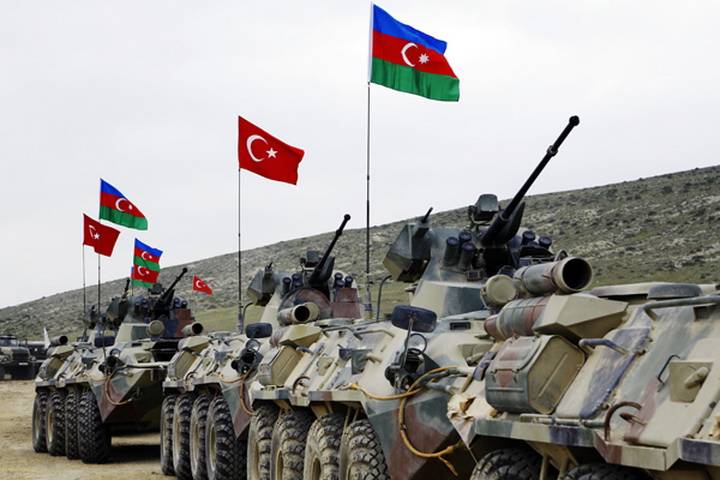 There is no doubt that in the event of an aggravation of the political crisis in Armenia and the occurrence of mass unrest, Baku will try again to solve the “Karabakh problem” by force.

In any case, the further destabilization of the situation in Armenia poses a serious threat to Nagorno-Karabakh and to peace in the South Caucasus.